The sky celebrates Halloween with a display that combines the rare... 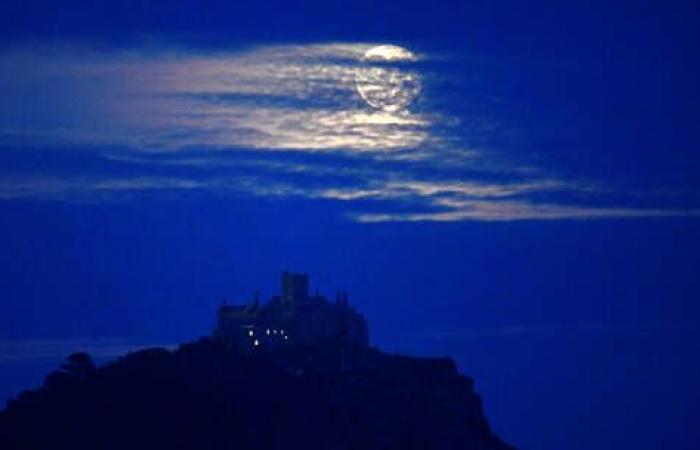 Star-watchers this week will enjoy seeing a comet and Uranus opposite (there are two celestial bodies opposite each other), along with a “blue moon” on Halloween.

Both the full moon and Uranus will be easy to spot with the naked eye, but astronomers will need binoculars to see comet P1 Neowise.

The blue moon will give a wonderful sight to revelers on Halloween night, on Saturday, October 31, as it will be visible in all regions, in the night sky.

The first full moon appeared for this month on October 1, while the second full moon will be on October 31, and this cosmic show occurs seven times every 19 years, which means that the world will not see the next show until October 31, 2039.

What makes this event even rarer is that it will appear worldwide for the first time since World War II, since 1944.

Unfortunately, this full moon has nothing to do with blue, as the moon will not actually shine blue, but it will appear bright gray.

The name blue moon refers to the very rare occasion that occurs when a full moon appears twice in the same month.

And this year we had a full moon on October 1 and it’s called the Harvest Moon.

NASA previously explained: “According to modern folklore, a blue moon is the second full moon in a calendar month. Usually the months have one full moon, but sometimes the second moon sneaks.

The agency added: “A full moon occurs approximately every 29 days, while most months are 30 or 31 days long, so it is possible to contain two full moons in one month. On average, this happens every two and a half years.

Weather permitting, you should be able to see it in all its bright shine after dark but try to avoid light-polluted areas.

This full moon is referred to by some as the “hunter’s blue moon” because it soon appears that Native American tribes gather meat during its appearance to store it for the upcoming winter.

Uranus in the interview

Saturday will also see Uranus meet, which means it will appear large enough and bright enough to be seen with the naked eye.

The planet will be at its closest distance from our planet, as the Earth comes directly between Uranus and the sun.

It takes the blue-green planet 84 years to orbit the sun, so it will remain in the same position this month and the following month.

With binoculars, comet P1 Neowise will be visible.

And if you want to follow it, try looking down at the eastern horizon just before dawn with binoculars or a small telescope.

According to Universe Today, the P1 Neowise will make a short appearance at dawn in the Northern Hemisphere from late October to early November.

These were the details of the news The sky celebrates Halloween with a display that combines the rare... for this day. We hope that we have succeeded by giving you the full details and information. To follow all our news, you can subscribe to the alerts system or to one of our different systems to provide you with all that is new.