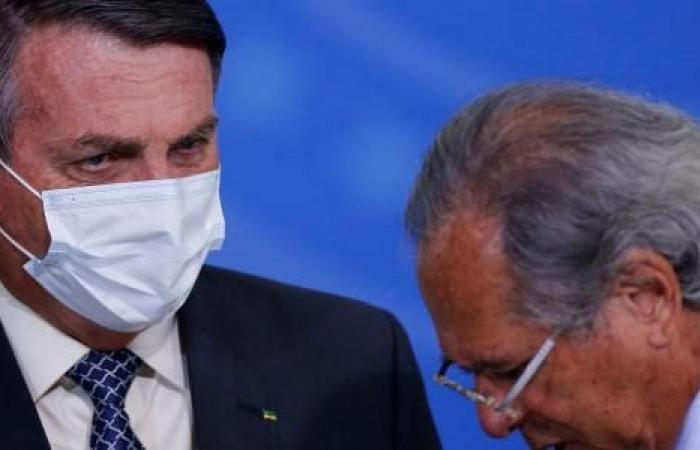 The drop in the flow of direct investments in Brazil in the first six months of 2020 was greater than the average observed among other emerging countries. The data are being published on Wednesday by the UN Conference on Development and Trade. For the agency, two factors weighed in the case of Brazil: the interruption of the privatization program and the scale that the pandemic reached in the country.

In total, the first half saw a 48% drop in investments in Brazil compared to the same period in 2019, attracting a total of $ 18 billion between January and June.

As a result, Brazil was the sixth destination for investment in the world, equaling Mexico and surpassed by Singapore, Ireland, Germany, USA and China. In 2019, Brazil appeared in the fourth position among the biggest investment destinations.

In 2020, other economies suffered more than Brazil. Among rich countries, Italy saw a 74% drop in investment. In the USA, the 61% contraction, for a total of US $ 51 billion.

In the world, investments fell by 49%, given the impact of confinement on the decisions of multinationals to postpone any type of project. For the year, the forecast is for a drop in the worldwide flow of investments that could vary between 30% and 40%. Announcements of new investment projects fell by 37%, while mergers and acquisitions fell by 15%.

In North America, the reduction was 56%, to $ 68 billion. In Europe, for the first time, there was a negative flow of investments, with a greater outflow of capital than an inflow of resources. $ 86 billion was withdrawn from the Netherlands, against $ 30 billion from the United Kingdom or $ 98 billion from Switzerland. In most cases, however, this is a repatriation of resources from multinationals.

Among the Brics, Russia still surpasses Brazil in the fall dimension. The contraction in Moscow was unprecedented, moving from a positive flow of $ 16 billion in 2019 to a capital flight of $ 1.2 billion in 2020.

But, in general, this bloc of emerging countries suffered a lesser impact on the flow of capital, with a decrease of 16%. In Africa, the reduction was 28%, against 25% in Latin America and a contraction of only 12% in Asia.

In total, the Latin American region received US $ 62 billion in the first half of the year. “While the first quarter was relatively unaffected by the economic crisis induced by Covid, flows fell in the second quarter leading to declines in most major economies, with the exception of Mexico and Chile,” says the report.

“In South America, flows to Brazil fell by almost half, to 18 billion dollars, with the privatization program launched last year,” said the UN agency.

James Zhan, director of the entity’s Investment Department, explained that another factor that weighed in was the size of the pandemic in Brazil, making it difficult to attract investments. Brazil is one of the leaders in deaths from covid-19, according to WHO data.

Even so, he considers that attracting US $ 18 billion is a positive result, given the international scenario. Zhan indicated that there is hope that flows will recover moderately in the second half of the year as asset sales resume and a new infrastructure plan is launched in Brazil.

But he warned that, in the face of the second wave of the pandemic in Europe, a new contraction could not be ruled out.

Flows to Argentina, Colombia and Peru fell by 40%, 34% and 72%, respectively. “In Argentina, the health crisis worsened an already difficult economic situation with a defaulting sovereign debt in May,” he said. “In Peru, the suspension of mining projects has led to a sharp drop in investment flows to $ 1.3 billion,” said the UN.

In Chile, flows increased by 67% to US $ 9.5 billion, driven by investments in the first quarter in the transportation, manufacturing and trade industries. The flows included Delta Airlines’ $ 20 billion acquisition of 20% of LATAM in Chile, completed in late 2019.

Flows to Central America were stable at $ 23 billion. Investments in Mexico increased by 5%, to $ 18 billion, with more than half in the form of reinvested earnings.

For the first time, Asia’s emerging economies were responsible for receiving more than half of the investments in the world. In rich economies, the fall was much greater: 75% of contraction in investments on average.

But the good result of the emerging countries was largely due to the flow of US $ 217 billion to Asia. “Despite suffering the weight of the initial impact of the pandemic and the effects of the first shocks in the supply chain on investments in the global value chain, Asia shows the smallest decline in investment among developing regions,” said the UN agency. .

“The relatively successful containment of the pandemic in Asia is reflected in continued investment activity in the region,” he said. Investments in East Asia remained stable at $ 125 billion. Hong Kong, in fact, saw an increase in flow of 22%.

Flows to China were also relatively resistant. In the first half of 2020, investments for China reached $ 76 billion, a decline of just 4%.

“The decline – less than expected – was dampened by an 84% increase in the value of merger and acquisition transactions, mainly in the information services and electronic commerce industries,” he said.

These were the details of the news Investments in Brazil fall by half in 2020, says UN –... for this day. We hope that we have succeeded by giving you the full details and information. To follow all our news, you can subscribe to the alerts system or to one of our different systems to provide you with all that is new.

PREV World can bring pandemic under control within months, says WHO chief
NEXT US Supreme Court brings end to another Republican election challenge