The scarcity of the dollar threatens to plunge Lebanon into darkness... 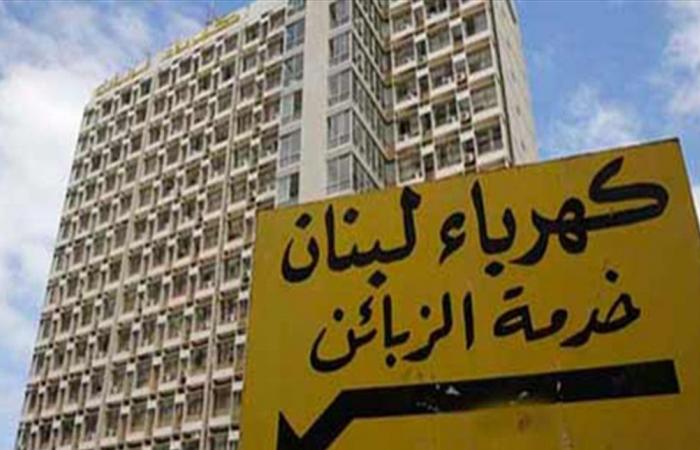 Elie Ferzli wrote in “Al-Akhbar” newspaper under the heading “The Ministry of Energy proposes to increase the price of gasoline to finance electricity contractors: The scarcity of dollars threatens the darkness”: “All sectors are falling on the impact of the scarcity of dollars. The electricity sector is still, despite its bad conditions, is holding its minimum. The cry of suppliers, contractors and service providers threatens the possibility of stopping services in the sector, which again leads to anxiety about the possibility of complete darkness. This is an actual disaster awaiting people, if those concerned do not intend to find radical solutions. But in light of the current reality, everyone realizes that things are heading towards The worst. The phrase “disaster” is on every tongue. More than one company wishes to leave, realizing that all the profits it can collect is no longer equal to even the guarantees laid. Nevertheless, everyone talks about resilience, but that the Ministry of Energy meets them and then a bank Lebanon is in the middle of the road. It is no longer able to work in light of the lack of payment of its dues on the one hand, and it is forced to cover most of its expenses in dollars. The Lebanese Electricity Corporation is inundated with debt. Even if you can From that, this means that they lose more than 500 percent of their money due to the difference between the official exchange rate of the dollar and the market rate. All equipment and spare parts are imported in dollars, and in light of being deprived of hard currency, they are unable to meet their needs.

Before the exchange rate crash, none of the contractors objected to receiving his dues in lira, even though the contracts specify the dollar as the currency of the contract. This is normal when the exchange rate was fixed, but after its price on the black market reached 8,000 pounds, in exchange for the stability of the official rate at 1515, it was no longer possible to catch the lira. And because none of the companies is prepared to suffer such a loss, this seemed to pave the way for the possibility of legalizing the import of necessary equipment and spare parts, and thus gradually stopping work. The conversation includes all levels of work here: production, transportation, distribution and contracting.

At the beginning of the summer, these companies breathed a sigh of relief. It was agreed with the Banque du Liban to secure some of its dues in dollars. The agreement stipulated the division of payments between the cash dollar, the dollar and the pound. It included all contractors, especially companies operating and maintaining factories, Turkish ships, and companies of service providers … But this agreement was short-lived. In the Ministry of Energy, it is confirmed that the Banque du Liban stopped paying, after appointing the governor’s deputies who asked to review these agreements. As a result, service providers received only one or two fresh dollars. Turkish ships, due to the huge amount owed to them (about $ 150 million), received more payments. But that all came to a complete halt in October. There are those who link this cessation to the frequent talk of cessation of support. The one who took charge of the foreign transfers was the Deputy Governor of the Central Bank of Lebanon, Salim Shaheen. He had questioned the possibility of companies transferring their profits abroad, asking for guarantees that this would not happen. Yesterday, a meeting was held between representatives of the companies providing services and the bank, to try to answer a number of observations made, and to confirm that a third of the dues that can be obtained in dollars are barely sufficient to secure the equipment necessary to maintain the continuity of distribution and secure customer services.
Company sources indicate that the meeting was very positive, as the Deputy Governor affirmed the keenness on the sector and its continuity. In exchange for the bank’s fear of transferring corporate profits abroad under the pretext of paying international suppliers, it was agreed that the bank would transfer the required sums to suppliers directly, without going through service providers, noting that this agreement covers the current and next year. While the representatives of the companies came out reassured about the course of the meeting, one of them considered that the lesson remains in the speed of implementation, because the more time passes, the greater their inability to do maintenance work and install equipment. The sources assert that their words are not a threat, but rather an expression of a fait accompli that all those contracting with the state suffer. “Read the full article Press here.

These were the details of the news The scarcity of the dollar threatens to plunge Lebanon into darkness... for this day. We hope that we have succeeded by giving you the full details and information. To follow all our news, you can subscribe to the alerts system or to one of our different systems to provide you with all that is new.