Wild Rose: These are the actors of the telenovela who have... 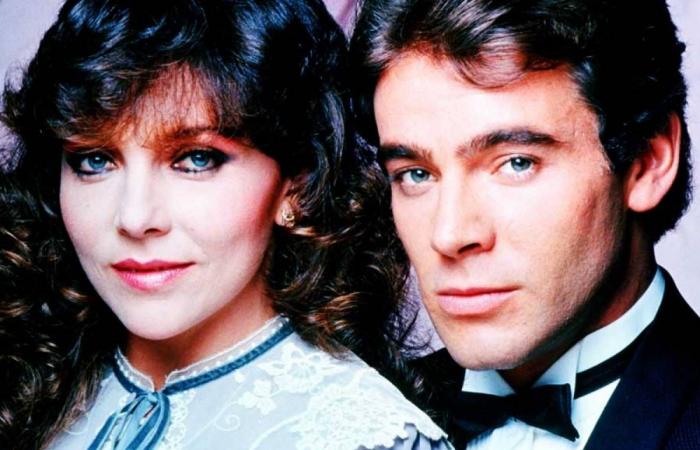 In April 1988 it culminated in Mexico wild Rose, a telenovela that managed to capture the public’s taste with an exciting story starring ‘Rosa Garcia ‘, a humble, naive and unconventional woman who suffers all kinds of humiliations from the wealthy ‘Linares’ family since she marries one of its members,’Ricardo’.

The production of Valentine Pimstein became a huge success at the time with an exciting plot based on two popular radio soap operas by Inés Rodena, The indomable Y The cat, and a top-notch cast headed by Verónica Castro and Guillermo Capetillo.

However, more than three decades since the melodrama with almost 200 episodes first said goodbye to the small screen, the cast of wild Rose It is incomplete because several members of its cast are unfortunately no longer with us.

They are the actors of wild Rose who died

33 years after the airing of Wild Rose, the television phenomenon has resurfaced with its broadcast on the channel Tlnovelas, where many viewers who at that time were shocked by the passionate experiences of ‘Rosa’, “the wild one”, again experience that accumulation of emotions that the melodrama generated in them.

However, the images of that late 80s novel not only make them relive moments of their lives with love in front of the television, they are also overcome by a feeling of nostalgia when they see again on the screen the stars of the television drama whose glow has faded in recent years.

These histrions have been immortalized both in the memory of the audience that treasures them and also in those characters that they played in the soap opera and will forever be remembered and missed. Then, We remind you who are the actors of this Televisa project who have already passed away:

The always dear Edith gonzalez gave life to the evil one ‘Leonela Villarreal’ during the first half of the melodrama flawlessly but, for reasons still uncertain, she gave up production, being replaced by Felicia Mercado.

Unfortunately, González passed away on June 13, 2019 after a long fight against ovarian cancer diagnosed in 2016. He was 54 years old.

The unforgettable Mariana Levy She stood out in this soap opera premiered in 1987 with the role of ‘Herlinda González’, a friend of ‘Rosa’ who falls in love with ‘Rogelio Linares’, the twin brother of the protagonist’s husband.

Sadly, days after celebrating his 39th birthday, Levy died after suffering a fulminant heart attack in the middle of an attempted assault on April 29, 2005. His death shocked the artistic environment since then and to date.

The eternally remembered Irma Lozano captivated audiences with her interpretation of ‘Paulette Montero de Mendizábal’ in wild Rose, the mother of the protagonist, who gives her as a baby to ‘Tomasa’ to save her from her family and later reunites with her daughter in her adult life.

Unfortunately, on October 21, 2013, The top actress died at the age of 69 from cancer of the salivary glands.

Undoubtedly, Magda Guzman she won the hearts of the audience by performing ‘Tomasa González’, the godmother of ‘Rosa’, who affectionately called her “Manina”. Unfortunately, on March 12, 2015, the leading actress suffered a heart attack that skewed her life.

????Today we are going to remember Magda Guzmán???? María Magdalena Guzmán Garza was born in Zaragoza, Mexico, May 16, 1931 and died in Mexico City on March 12, 2015, better known to all as #magdaguzman was a film, theater actress and Mexican television. She was the daughter of the journalist Jesus “El Eraser” Guzmán and Pety Garza, sister of the also actor #robertoguzman who died in 2002. She studied primary school at the Miguel López School in her hometown, and during her adolescence her family settled in Ciudad de Mexico. He studied acting at the INBA and the Academy of Cinematographic Art. Since she was a child she had shown her passion for the theater, her foray as a film actress was at the age of ten in the film Newlyweds Night, in the theater she made her debut shortly before in the play Joan of Arc at the stake. She was one of the great pioneers of television in Mexico along with other great figures among which are Silvia Derbez, Augusto Benedico, Rafael Banquells, Alicia Montoya, Fanny Schiller, Héctor Gómez among others. In total, she has participated in around 59 soap operas, being one of the actresses with the largest television career still active in Mexico. ????Some of his most famous novels???? ⚪️ # amorbravio ⚪️ # ennombredelamor ⚪️ # lausurpadora ⚪️ # rosasalvaje ⚪️ # paravolveraamar ⚪️ # midestinoerestu ⚪️ # misionsos Do you remember this great actress? Do you remember the name he used in the name of love? We await your comments ???????? #televisa # televisateacompaña #televisamonterrey #televisanovelas #televisaobrasileira #televisasanangel #televisapuebla #televisamexico #televisacalifornias #tln #tlnovelas #tlnnation

Immediately after hearing the news of the death, Veronica Castro he mourned the death of his “Manina” through his social networks.

“I don’t know what to say, I have no words, it hurts a lot. What I do know is that she is already in heaven. RIP! How am I going to miss her?

Claudio Báez shocked the viewers of wild Rose by giving life to ‘Federico Robles’, the ambitious and infamous Linares lawyer who maintains a relationship with both ‘Cándida’ and the perverse ‘Dulcina Linares’.

Unfortunately, at 69 years of age, the soap opera villain left this world on November 19, 2017. The causes of his death were unknown, but he had suffered from chronic obstructive pulmonary disease (COPD) for years; Univision noted.

The remarkable first actor Gustavo Rojo He stood out in this television drama as ‘Father Manuel de la Huerta’. Sadly, in April 2017, he died aged 93.

At that time, the heir to her talent, the actress Ana Patricia Rojo, confirmed the death of his father on social networks although he did not specify the causes.

“The curtain is closed, but his Light, his love and his teaching will continue with me forever. You were the best father and the best grandfather. I love you dad“the star wrote on Twitter alongside a photo of both of them.

The Cuban-born interpreter perpetuated herself as ‘Zoraida Moreno’ in wild Rose and continued his career after his participation in this drama. Unfortunately, the actress from the golden age of Mexican cinema beat us to it on January 1, 2015 after suffering cardiac arrest after being hospitalized for pneumonia.

The unforgettable Raymundo Capetillo he got into the skin of ‘Doctor Reynaldo’ in this project starring Verónica Castro. Unfortunately, the first actor died on July 12, 2020 due to complications derived from the covid-19. He was 76 years old.

Actress Laura Zapata, who played ‘Dulcina’ in wild RoseHe expressed his regret on Twitter upon learning of his departure. “With my heartbroken I receive the news that my beloved longtime friend Raymundo Capetillo has just left, He started his flight back to Casa del Señor, “she said, very affected.

The public can relive the story of wild Rose and return to see wasting talent the actors of its cast who left Monday through Friday at 5:55 am, with repetition at 4:30 pm and 11:00 pm m, by Tlnovelas.

These were the details of the news Wild Rose: These are the actors of the telenovela who have... for this day. We hope that we have succeeded by giving you the full details and information. To follow all our news, you can subscribe to the alerts system or to one of our different systems to provide you with all that is new.