Erdogan and Macron head to head after beheading 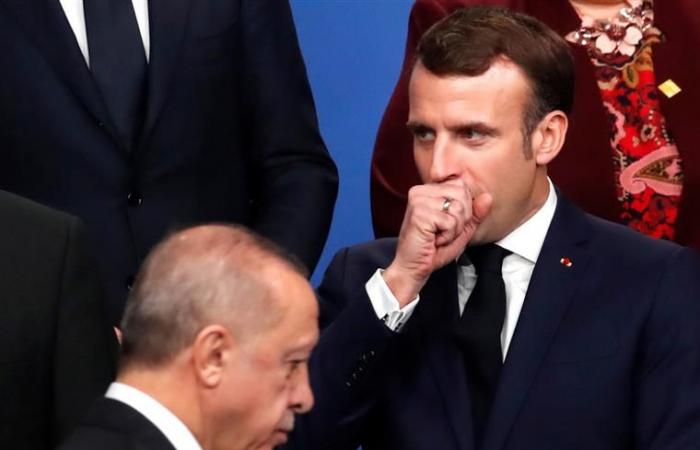 Recep Tayyip Erdogan this Monday called for a boycott of French goods, “if there is oppression against Muslims in France”. It was the response of the Turkish President to the calls of his French counterpart, Emmanuel Macron, who wants measures against “Islamic separatism”. The breakdown of relations between the two countries seems to have been centered on the case of Samuel Paty, a history teacher beheaded for showing Muhammad cartoons in class. However, Turkey and France, both NATO members, have long found themselves on opposite sides of geopolitical disputes.

The positions of the two Presidents regarding the relationship between State and religion could not be more different. Macron is a staunch supporter of secularism, accused of harsh tactics against Islam, and even plans to introduce a law to monitor and regulate mosques; Erdogan leads an Islamist party, inherited a historically secular state and dedicated himself to tearing it apart.

The exchange of “pennants” between the two began last week, when Paris called for the return of its ambassador to Ankara, in protest that Erdogan had suggested that Macron needed “mental treatment”.

“What more can be said about a head of state who does not understand freedom of worship and who behaves this way with millions of people who live in his country and have a different faith?” Asked the Turkish President. His French counterpart, in a tribute to Samuel Paty, declared: “We will never give up on our cartoons”.

However, the tension is not just cultural. In the past, Erdogan’s Turkey did everything to get closer to the EU, but lately it has been on a collision course with European countries, particularly France – Germany, Italy and the Netherlands have already expressed solidarity with Macron in the face of Erdogan’s insults.

When Ankara militarily supported the Libyan government based in Tripoli, on the other side of the trenches was General Khalifa Haftar, an ally of France. When Erdogan sent drones to support Azerbaijan in Nagorno-Karabakh, France supported Armenia. More recently, France sent warships and fighter jets to the eastern Mediterranean to support Greece and Cyprus in a dispute with Turkey over rights to oil exploration.

These were the details of the news Erdogan and Macron head to head after beheading for this day. We hope that we have succeeded by giving you the full details and information. To follow all our news, you can subscribe to the alerts system or to one of our different systems to provide you with all that is new.