Calls for French boycott of goods to protest cartoons 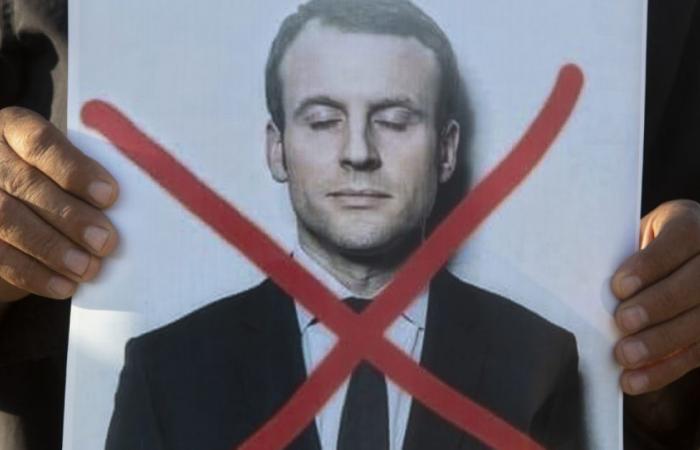 Muslims in the Middle East and beyond expanded their calls for boycott of French products and protests as conflict over representations of the Prophet Muhammad and the limits of freedom of speech increased.

Kuwaiti stores took French yogurt and bottled water from their shelves, the University of Qatar canceled a French culture week, and social media calls were made in Saudi Arabia and the United Arab Emirates to stay away from the Carrefour grocery chain.

Protests planned for Pakistan have taken place in Turkey and Gaza.

The beheading of French teacher Samuel Paty earlier this month, who showed caricatures of the Prophet in his class, sparked renewed debate over what Muslims consider blasphemous.

The teacher, who was killed by an 18-year-old Chechen refugee, was heralded at home as a national symbol of France’s cherished secular ideals and its rejection of religious interference with the public.

French President Emmanuel Macron vigorously defended such representations, which are protected under the right to freedom of expression, and on a monument to the teacher last week. He said: “We will not do without the cartoons.”

And in tweets published on Sunday in both Arabic and English, Mr Macron wrote, “We will never give in,” while adding that France does not accept hate speech and respects all differences.

His government is planning a bill aimed at eradicating what Mr. Macron calls “Islamist separatism”. He claims he created a parallel culture in France that rejects French laws and norms.

While he attributed part of this separatism to France’s colonial past in North Africa, he was quoted as saying that Islam was “a religion in crisis around the world” and that Muslim positions were “hardening”.

Mr Macron’s stance has caused anger on social media and with some political leaders in the Muslim world.

Egypt’s chief clergyman, Sheikh Ahmed el-Tayeb, who is also the grand imam of Al-Azhar, the highest place of learning in Sunni Islam, condemned a systematic campaign aimed at dragging Islam into political conflict and discord.

Pakistani Prime Minister Imran Khan said the French leader had decided to promote anti-Muslim sentiment and deliberately provoke Muslims by encouraging the display of blasphemous cartoons against Islam, while Pakistan urged the French ambassador to oppose the cartoons’ apology by protesting Mr. Macron.

A small rally was held in front of the French cultural center in the Gaza Strip on Monday, where people carried banners with photos of Mr. Maron with an “X” over his face.

They held banners that read, “Despite Macron’s malice, we stand up for our prophet.”

In Pakistan, the leader of a radical Islamic party called on people to hold a rally against France in the eastern city of Lahore on Friday to celebrate the Prophet Muhammad’s birthday, traditionally a time of celebration.

Meanwhile, groups from the Taliban in Afghanistan to Hezbollah in Lebanon have condemned Mr. Macron’s defense of cartoons of the Prophet Muhammad.

These were the details of the news Calls for French boycott of goods to protest cartoons for this day. We hope that we have succeeded by giving you the full details and information. To follow all our news, you can subscribe to the alerts system or to one of our different systems to provide you with all that is new.