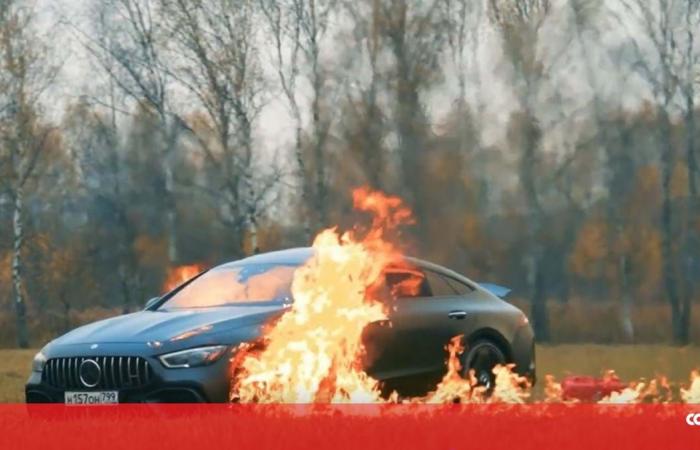 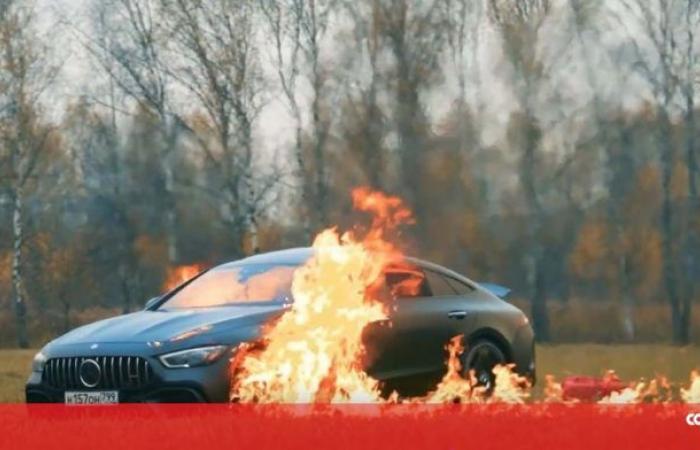 Nine gasoline jerricans, a lighter … and half a dozen sausages! These were the materials that Mikhail Litvin used to make a fire with his Mercedes-AMG GT 63 S 4MATIC + 4-door coupe!

Already with more than 8 million views on Youtube, the video published by vlogger Russian this weekend has a raison d’être.

Fed up with unanswered complaints about his bolide from the Mercedes subsidiary in Russia, Mikhail Litvin made a radical decision: set him on fire in a field and film everything for posterity while eating roasted sausages.

The unsubmitted owner of the Mercedes-AMG GT 63 S did not look at the means. He used a drone to capture aerial images of the “barbecue” and left the scene behind the wheel of an old Skoda 110 from the 70s … which only started with a “push”!

It takes more than seven and a half minutes to film the whole feat to set one of the most exclusive super sports cars on fire at the moment.

The top of the range German brand, which is sold in our country from 221 thousand euros, assembles a 4.0-liter V8 block.

The 639 hp of power and 900 Nm of torque that delivers are passed to the four wheels by a nine-speed automatic transmission.

These were the details of the news Youtuber sets fire to Mercedes-AMG GT 63 S for 220,000 euros... for this day. We hope that we have succeeded by giving you the full details and information. To follow all our news, you can subscribe to the alerts system or to one of our different systems to provide you with all that is new.