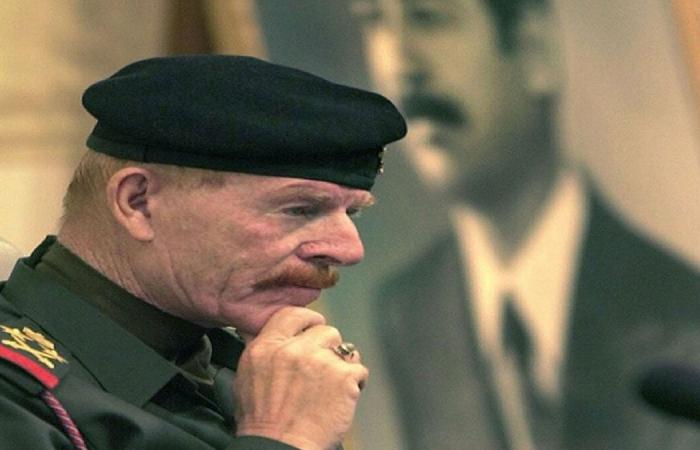 The Arab Socialist Baath Party announced in Iraq“On Monday, the death of Izzat al-Douri, the second man in the regime of former President Saddam Hussein.

The “Qatari leadership” of the party called the current Secretary-General of the party in an audio statement that was spread on social media and broadcast by Iraqi and Arab media, without the statement explaining the causes of Douri’s death or its location.

According to local sources, al-Douri died in the Iraqi province of Salah al-Din and was buried there by a few members of his family.

For its part, the “national leadership” of the party in Jordan said, in a statement posted on its Facebook page: “With hearts believing in the judgment of God and His destiny, the national leadership of the Arab Socialist Baath Party mourns the sons of the Arab nation, the resisting people of Iraq, all the free people of the world, and the Baath militants In the squares of the Arab world, and outside it, the death of the party’s Secretary General, Professor Izzat Ibrahim, inside occupied Iraq.


It is believed that Douri, born on July 1, 1942, was suffering from leukemia and therefore required blood transfusions every 6 months.

The league visited Austrias capital, Vienna, in 1999 for treatment. The Austrian opposition demanded that he be arrested on the grounds that he had committed war crimes, but the government allowed him to leave the country.

Sources close to the party confirmed to “Irm News” the validity of the news of Al-Douri’s death, which had already spread many rumors during the past years about his killing or arrest.

The party said in the statement: “Today, he got off his horse, the knight of the Baath and the Iraqi national resistance, the symbol of courage, heroism and sacrifice, the faithful and passionate leader, comrade Izzat Ibrahim, who is at the highest peaks of glory and generosity, steadfast and patient, believing in the resurrection march and the right of his nation and people to a free and dignified life.”

Al-Douri, who is the second man in Saddam Hussein’s regime, and the sixth wanted person on the United States ’list of figures from the former regime, who remained hidden throughout the last period except for the official statements he publishes, some of which supported ISIS after its control over several cities in Iraq.

Al-Douri is considered one of the leaders of the Iraqi Baath Party, and participated with Saddam Hussein in the “Revolution of July 17, 1968,” which established the regime of Ahmed Hassan al-Bakr and the Baath Party.

Al-Douri was inclined to religious mysticism and encouraged and supported Sufi activities and religious shrines, as a kind of confronting extremist ideas that aimed to overthrow the Baathist regime.

These were the details of the news Izzat al-Douri, the second man in Saddam Hussein’s regime, dies –... for this day. We hope that we have succeeded by giving you the full details and information. To follow all our news, you can subscribe to the alerts system or to one of our different systems to provide you with all that is new.