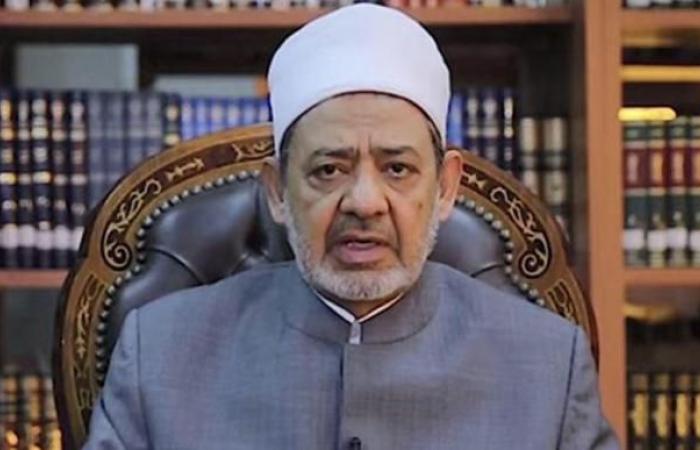 Dr. Ahmed Al-Tayeb, Sheikh of Al-Azhar, denounced the systematic fierce campaign against Islam, refusing that its symbols and sanctities be victims of cheap speculation in the market of politics and electoral conflicts in the West, while Al-Azhar affirmed that terrorist groups shed innocent blood for despicable purposes after they were stripped of all human meanings .
Al-Tayyib said: “We are now witnessing a systematic campaign to include Islam in political battles and creating chaos that began with a malicious attack on the Prophet of Mercy, may God’s prayers and peace be upon him, and we do not accept that our symbols and sanctities are cheap victims of speculation in the market of politics and electoral struggles.”
He added: “I say to those who justify insulting the Prophet of Islam: The real crisis is because of your intellectual duplicity and your narrow agendas, and I remind you that the most important responsibility of leaders is to maintain civil peace, preserve community security, respect religion, protect peoples from falling into strife, do not fuel conflict in the name of freedom of expression. ».
In addition, Al-Azhar affirmed that terrorist groups shed the blood of innocent people for despicable purposes after they had been stripped of all human meanings.
In a statement on Sunday, Al-Azhar condemned the terrorist bombing that targeted an educational center in the Afghan capital, Kabul, which resulted in dozens of deaths and injuries, stressing that such criminal acts confirm the negligence of their perpetrators and deprive them of all meanings of humanity, as crimes are committed that every human soul together rejects and repudiates Including religions, charters and international norms.

These were the details of the news Al-Azhar Sheikh denounces the inclusion of Islam in political conflicts for this day. We hope that we have succeeded by giving you the full details and information. To follow all our news, you can subscribe to the alerts system or to one of our different systems to provide you with all that is new.