PS loses absolute majority in the Azores and Chega, IL and... 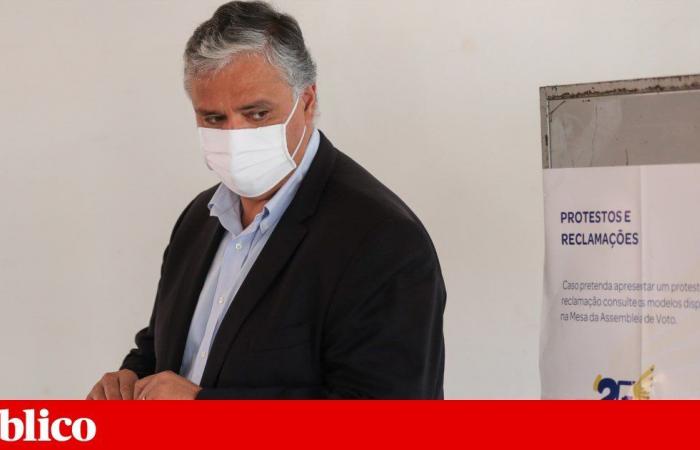 Historic electoral night in the Azores. The PS, which has ruled the region for 24 years, lost the absolute majority it held two decades ago. For the first time, Vasco Cordeiro will have to govern in a minority, in what will be his last term at the head of the Azorean executive.

It was the most unpredictable election night in recent years in the Azores. Usually, as of the beginning of the night, the electoral result is already known. The PS has been winning regional elections for 24 years, with an absolute majority for 20 years. This time, it was not so.

In terms of mandates, the PS gets 25, PSD 21, CDS three, Chega two, Left Block two, PPM two, Liberal Initiative one and PAN another. Outside the regional parliament is the CDU.

Vasco Cordeiro, leader of PS-Açores and current president of the Regional Government, leaves for his last term permitted by the most weakened law. It was in 1996, during the first socialist victory in the region, that Carlos César won with a relative majority. In 2016, in total, PS had 46.4% (30 deputies) and PSD 30.9% (19 deputies). The absolute majority in the Azores is achieved with 29 deputies.

The fight for third place was close. The CDS won at the limit and got one more deputy than Chega, who elected two. André Ventura spent a week campaigning in the Azores and obtained the fruits of that. The Bloco de Esquerda, despite being behind the party of André Ventura, kept the same two deputies that it had in the previous legislature. PPM, which already has a deputy since 2008 in Corvo, got another deputy, elected by Flores.

The Regional Legislative Assembly of the Azores will be more distributed than ever. In addition to Chega, Liberal Initiative and PAN will enter, both elected by the compensation circle. One of the biggest losers of the night was the CDU. In the last legislature, he obtained a deputy, elected by Flores. In the 2020 elections, he loses his deputy and practically disappears from the Azorean political map.

One of the victories of the night was the reduction of abstention. In 2016, the abstention rate was the highest ever in regional elections (59.6%). In 2020, abstention stood at 55%.

The next few days are going to be interesting in Azorean politics. Vasco Cordeiro will face a new situation: how to govern with a relative majority? In 1996, the PS ruled with the CDS, but this time the centrists will not arrive to secure a majority for the socialists.

On the other hand, José Manuel Bolieiro, leader of PSD-Açores, stressed throughout the campaign that he was a man of consensus and that the party would soon take a position after the results.

Throughout the campaign, the possibility of right-wing gadgetry hung in the air. And the results allow this: PSD needs to join CDS, Chega, PPM and Liberal Initiative. It takes a coalition of five parties to have an absolute majority. One thing is certain: at the start of these elections, all parties were aiming to end the socialist majority. And they did. 20 years later.

These were the details of the news PS loses absolute majority in the Azores and Chega, IL and... for this day. We hope that we have succeeded by giving you the full details and information. To follow all our news, you can subscribe to the alerts system or to one of our different systems to provide you with all that is new.