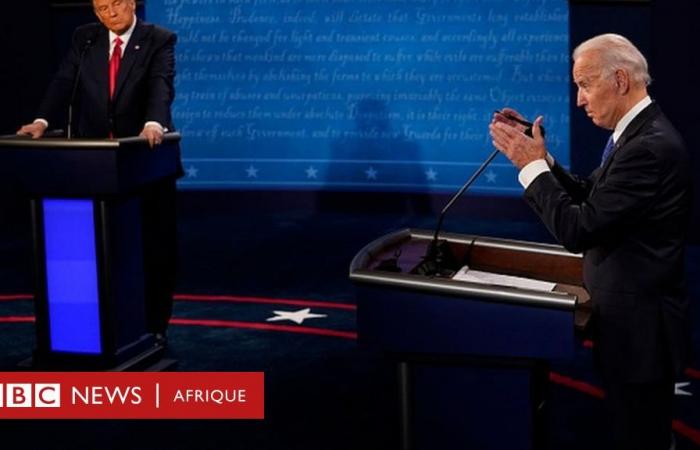 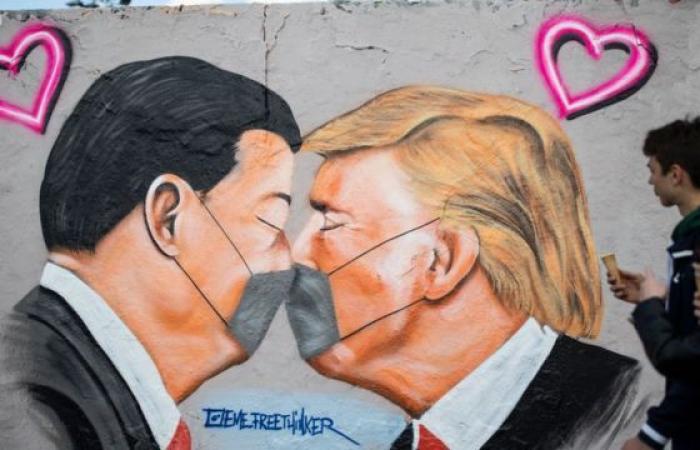 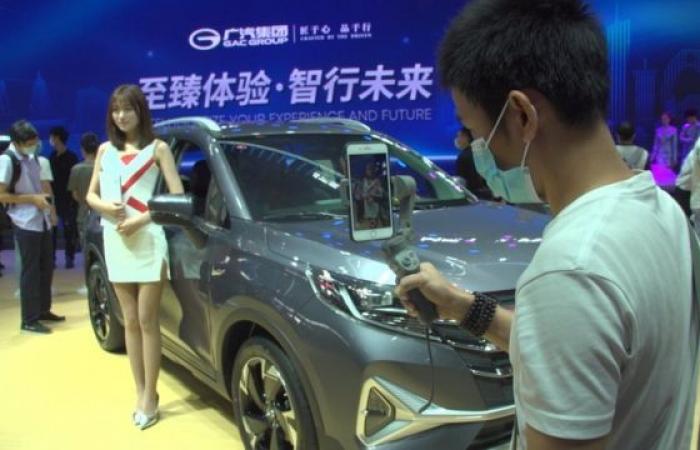 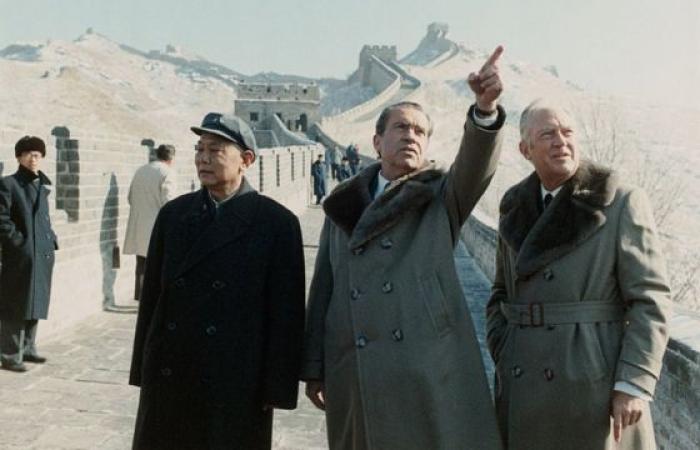 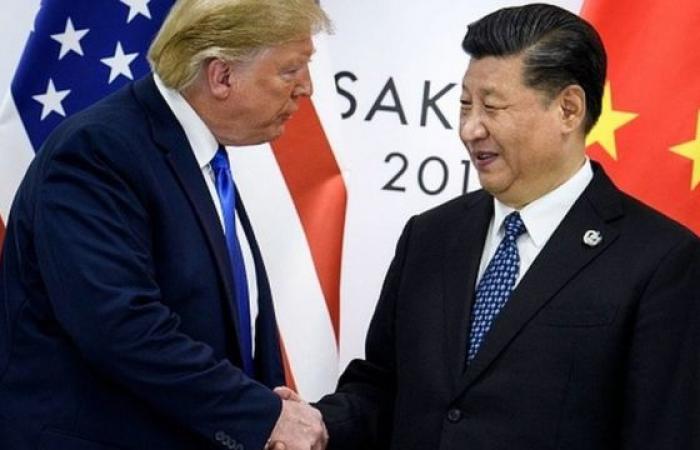 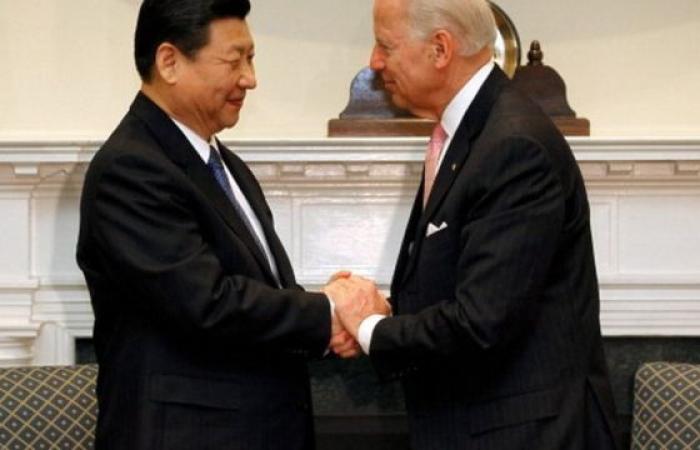 The US presidential elections have long been a source of intrigue and irritation for the leaders of the Chinese Communist Party. They are still closely followed by government officials in Beijing.

This time around, in the November ballot marked by an expanding pandemic, a disrupted economic landscape and deep political polarization, China feels that something has changed.

Analysts believe it is not Chinese authoritarianism but Western democracy that suddenly appears to be facing a crisis of legitimacy.

The freest and richest economy in the world, once thought to be much better placed to fight the coronavirus thanks to its tools of transparency and accountability, has failed in the task. The pandemic continues to progress in the United States.

Whereas China, despite an initial attempt to cover up the spread of the virus to expose its weaknesses, used the considerable powers of a surveillance state to test and quarantine millions of people at will with great efficiency.

Factories, shops, restaurants, schools and universities are all open, the number of passengers on public transport is just below average.

Experts believe it’s the only major economy that is expected to grow, rather than contract this year.

United States-China: The battle behind the scenes

“The great strategic success achieved by China in the fight against Covid-19 has fully demonstrated the remarkable advantages of the leadership of the Communist Party of China,” President Xi Jinping said last month at a demonstration held to celebrate the health workers considered the “heroes” of this triumph.

This is a message we hear in state television news broadcasts, which are full of grim statistics on the unfolding health disaster in the United States, as well as images of protests, rifts and the chaos of the electoral campaign.

No matter who wins, Chinese TV captions seem to indicate that when American politics are sick, its limits are laid bare and its power and prestige diminish on the world stage.

There are hardly any better visual metaphors to illustrate China’s growing confidence in its system than the spotlight and glitzy consumerism at this month’s Beijing Motor Show.

This event, which is held in a large exhibition complex, is the world’s first major auto industry show since the start of the pandemic, a testament to that country’s victory over the virus.

The public crowd around the stands, posing for photos with models in tight dresses standing beside the cars.

But while the spectacle is a sign of China’s ability to stem the tide of a pandemic, it is also evidence of something much deeper and longer term: its ability to channel the forces of global trade to its advantage.

One of the most expensive cars on display is a bright green, all-electric SUV priced at 550,000 Chinese yuan ($ 80,000), made by Hongqi, a Chinese manufacturer once famous for its stylish limousines. Soviet.

“We should be supporting the brands our own country makes,” one man told a BBC reporter as he examined the leather upholstery in the front passenger seat of the large car.

It is a symbolism that would not have escaped Richard Nixon, the American president who launched America’s rapprochement with China.

Richard Nixon’s historic visit to Beijing in 1972, he was seen as the start of a journey of engagement between the two nations that will continue for more than 40 years.

Since then, almost all US presidents have endorsed the idea that this rapprochement was good not only for China and the multinationals that make profits there, but also for America and the rest of the world.

This would not only boost overall prosperity, it was argued, but also bring China into the liberal world order and even encourage it to consider the possibility of political reform at home.

In reality, China saw it very differently. She is driven by the singular goal of reclaiming her rightful place on the world stage and on her own terms.

Yet the Chinese were also accused of the biggest theft of trade secrets in human history and were about to undertake possibly the largest mass incarceration of an ethnic group since World War II. The Uighur people!

At the time of the 2016 US election, China was the world’s second-largest economy and its largest exporter.

However, it was during this 2016 campaign that the already fragile consensus on the wisdom of doing business with Beijing and growing engagement with China was finally broken.

What is behind Mr. Trump’s new China strategy?

During his first term, Donald Trump let his blue-collar base know that a fiercely protectionist China had long cheated on its free trade commitments to turn into an economic superpower.

In terms of job losses, he argued, American workers have found themselves worse off, not better.

He carried this message to the White House and since then nothing has been the same.

At the height of the president’s trade war, $ 362 billion worth of goods were subjected to tariffs as punishment.

This year, the Trump administration has added to the economic pressure a battery of political sanctions for human rights violations in China.

At the auto show, the BBC reporter asks one of the Chinese visitors who he wants to see win the US election.

“Because he’s been so hard on China?” he asked.

The Chinese leadership may have a growing sense that American democracy is on the decline, but if they were to express a choice, could they too be happy to see Donald Trump step down as president?

The U.S. intelligence community has concluded that Mr. Trump’s unpredictability, and his harsh criticism of Beijing, means that the Communist Party leadership would rather he lose.

But Professor Yan Xuetong, dean of the Institute of International Relations at Tsinghua University in Beijing, disagrees.

“If you ask me where China’s interests lie,” he said, “the preference would be for Trump over Biden.”

“Not because Trump will harm China’s interests less than Biden, but because he will certainly harm the United States more than Biden.”

That, he said, shows how badly things have deteriorated. The concepts of “closer economic ties for mutual benefit,” no longer exist.

Prominent Chinese observers are now prepared to openly assert that the decline of the United States, both economically and politically, is in the best interests of China as a rising power.

While some observers have suggested that China’s belief in the end of US world domination predates the virus and President Trump, they believe what has changed is its willingness to explain it clearly. .

From this point of view, Donald Trump is the better option, not because of his support for democratic ideals, but precisely because he is often seen to reject or undermine them.

His attacks on the free press, for example, have been welcomed by a Chinese state deeply hostile to independent review of internet use in China.

And while the Trump administration has become increasingly critical of China on human rights issues, its own motivations seem to be underpinned by much narrower considerations of trade and economic advantage. .

According to his former national security adviser, John Bolton, Mr. Trump once told Xi Jinping that he approved of his draconian crackdown on the Uighurs, although the president rejected the accusation.

While he scoffs at Joe Biden’s earlier support for closer economic ties with China, by comparison, it may be Mr. Biden that Beijing fears in defending democratic values.

Mr Biden is also much better placed than isolationist Donald Trump to mend bridges with democratic allies and build coalitions to pressure China over the treatment he is inflicting on his own people.

Joe Biden may well promise to take him forward on the issue of human rights.

He could also take a more relaxed stance on tariffs and would be much more willing to seek cooperation on issues like climate change, which China could potentially harness and use to its advantage.

But Chinese leaders do not think in terms of electoral cycles, they see the end of an era of an America that asserts itself as the champion of universal values.

Joe Biden may well promise to take him forward on the issue of human rights.

He could also take a more relaxed stance on tariffs and he would be much more willing to seek cooperation on issues like climate change, which China could potentially harness and use to its advantage.

But Chinese leaders don’t think in terms of electoral cycles, they see the end of an era when America asserts itself as the champion of universal values. Exactly what they fear the most.

*The article has been translated based on the content of Source link by https://www.bbc.com/afrique/monde-54683515
. If there is any problem regarding the content, copyright, please leave a report below the article. We will try to process as quickly as possible to protect the rights of the author. Thank you very much!

These were the details of the news USA-Elections 2020: Trump or Biden, which one is favored by China? for this day. We hope that we have succeeded by giving you the full details and information. To follow all our news, you can subscribe to the alerts system or to one of our different systems to provide you with all that is new.