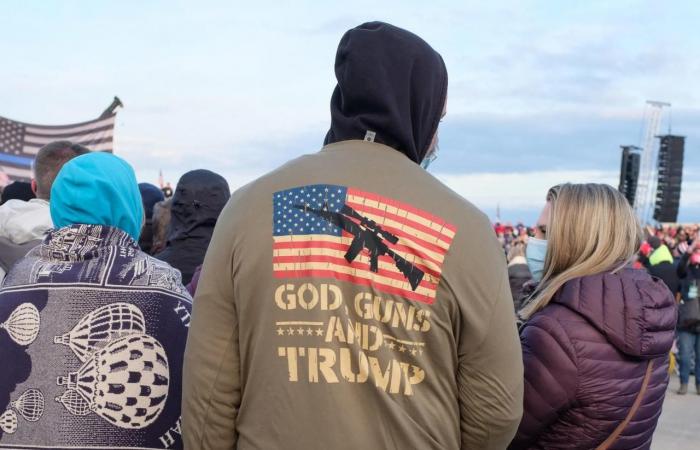 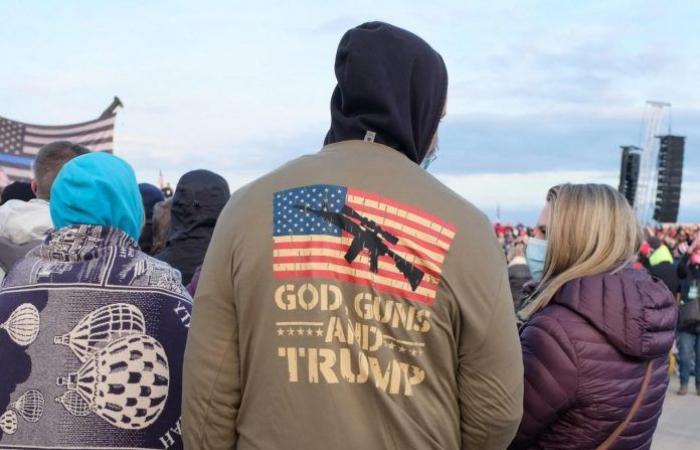 Even though the Covid-19 pandemic, which has already killed more than 225,000 people seems to be uncontrollable, it is also the political tensions that worry the United States. Whether they are pro-Republicans or pro-Democrats, Americans now fear the worst. Never has the political divide, nor the hostility between the two camps reached such a level in the country.

“I’m scared, I’ve been crying for days,” Bernadette Neal, a retired black teacher, told the Washington Post. I’m really afraid Trump will send the white supremacists, the Proud Boys (Editor’s note: a violent neo-fascist organization that supports Trump) “. This resident of Pennsylvania, one of the most bitterly contested states, has it in mind that Trump, during the first televised debate, asked his activists “to stand by”. Alison, a New Yorker mother of three, is no more reassured: “I don’t want to be here the day after the election. It’s too dangerous, it’s too tense, I never thought I would say that, but I’m going to go to friends to wait for the results in the countryside. Anyway, my kids are taking their online school lessons… ”

President Trump has been speaking for months about the risk of rigged elections, de facto mobilizing his supporters against a possible victory for Joe Biden. While 56 million Americans, a record, have already voted by mail or in person in early polls, the president is stepping up his attacks on the legitimacy of these ballots. Far behind in the polls, he has nothing to lose and, down the home stretch, as he rallies in front of crowds of raging supporters, he continues to wield apocalypse scenarios in the event of defeat.

Federal security officials recalled a few days ago the risks posed by extremists on both sides, presenting this “cocktail of colliding factors: rising political tensions, civil unrest and disinformation campaigns carried out by foreign powers” …

If Trump disputes the results, “what would the military do?”

“For about six weeks, it has become very worrying, underlines Michael Barkun, a professor of political science. The idea that if the other side wins everything collapses and institutions will fall apart is the opposite of US history. An extreme symbol of this anxiety, the creation of survival ranches in Colorado and West Virginia. “The risk of violence is unpredictable, irrational, and the risk of civil war is real,” says Drew Miller, the founder of these ranches.

PODCAST. Seen from Washington: the presidential campaign, Donald Trump and me

“What worries me more is if Trump disputes the result on November 3 or even in the days that follow. What is going on? What are his supporters doing? asks Jon a photographer from New York. What would the army do? Who would give the orders? I know we are not there yet, but all of a sudden, we are wondering about the banana republic! Mark, a Connecticut accountant who thinks he votes for Trump, is more worried about Democrats’ reactions to the president’s victory. “You saw the Black Lives Matter protests, he protests? If Biden loses, I expect the worst. “

“Would you leave the country if Trump were re-elected? Headlined one of the New York Times columnists recently. The question, unimaginable a few months ago, has been asked.

*The article has been translated based on the content of Source link by https://www.leparisien.fr/international/presidentielle-americaine-la-peur-du-chaos-et-de-la-division-grandit-aux-etats-unis-25-10-2020-8404942.php
. If there is any problem regarding the content, copyright, please leave a report below the article. We will try to process as quickly as possible to protect the rights of the author. Thank you very much!

These were the details of the news US presidential election: fear of chaos and division is growing in... for this day. We hope that we have succeeded by giving you the full details and information. To follow all our news, you can subscribe to the alerts system or to one of our different systems to provide you with all that is new.