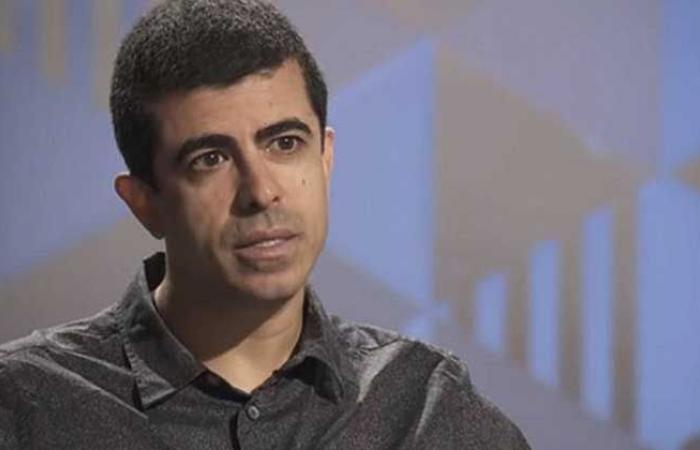 Fired from Globo, in December last year, after accusations of sexual harassment, made in August by five women, Marcius Melhem was, for the first time, exposed by five of the alleged victims. Through lawyer Mayra Cotta, Globo employees, in an interview with the newspaper Folha de S. Paulo, detailed how the actor and director used his hierarchical power to constrain them.

He, who was in charge of the station’s humor department, reportedly tried to grab and kiss a group of actresses forcibly, in addition to sending inconvenient messages to his targets.

“There are six victims of sexual harassment and six witnesses. There are victims of moral harassment. And there is a support group for them, of more than 30 people,” said the lawyer.

The representative pointed out to Mônica Bergamo’s column that the actresses were isolated and prevented from accepting other projects.

Without Marcius Melhem, New School will not have Your Doll

“It created a toxic work environment. People felt trapped, unable to get rid of it. And He used work situations to try to grab them by force, including using violence, to grab, to put them against the wall, to try to kiss by force. This is quite violent “.

The lawyer said it was not a passion or an attempt at flirting. She stressed that the situation was extreme.

“The line was crossed, the gray zone was miles away. There were cases of sexual harassment. Women talking no, I don’t want to, let me go. I won’t kiss, I won’t be with you. And he trying, grabbing. there’s a gray area, that’s violence. And there’s something very serious. He was their boss, ”he said.

Reactions on the web

As soon as allegations of harassment surfaced, Dani Calabresa was identified as one of the unhappy actresses. However, she denied that she would have formally complained about the actor’s behavior to Globo.

Dani posted on the web on Saturday night, which was interpreted by Internet users as an outburst.

“Doing the right thing takes courage,” he wrote, captioning a thought that said “Beginnings only happen when you take chances. Go without fear and if the fear hits, go anyway ”

“About the article by Mônica Bergamo in Folha de SP: all my support and solidarity with the victims!”, He wrote.

Before the publication, the actor again denied that he had committed any type of abuse. In posts on Twitter, on Saturday night (24), Marcius stated that he left Globo, after 17 years at home, “through the front door”.

“How can I write a note to comment on accusations of this seriousness? Guilty and innocent say the same thing: I’m innocent;

“But I need to speak and in time show my sincerity in what I am going to say here. I am willing to acknowledge my mistakes, apologize and, if possible, repair people I have hurt in any way. I want to face this with truth and humanity and expose myself if necessary, ”he wrote.

Melhem emphasized that he always shouted against prejudice and, for that, uses his profession.

“To live up to all these years in which agendas like those of feminism have been embraced by the transformative humor in which I believe. I was part of a group of men and women who pride themselves on using humor as an instrument against prejudice. ”

“But even if I professionally embrace the feminist cause, I still fight machismo inside me, mistake, I can have relationships that hurt. I try to improve and learn. And I really wanted to talk about it. But in the face of such serious accusations that I never committed, what can I do? Deny.”

The actor said he has nothing to hide.

“I make available all my communication that I have on file, with anyone who has worked or related to me over the years. I ask you to ascertain the truth and not support lies.

He stressed that he had to leave the country to take care of his daughter’s health, rebutting accusations that he had fled.

“A few months ago, I had to leave the country for important medical treatment for my daughter and I couldn’t believe it when this trip started to be publicized as an escape.”

He assured that he never practiced any violence especially against women.

“Until today, I was silent because the accusations did not appear here. In compliance with Rede Globo, everything was investigated and investigated rigorously. I left the front door of the broadcaster that I worked for 17 years. my innocence and my mistakes. I want to be able to apologize and take responsibility. I’m looking for the truth, “he concluded.

Adnet about Marcius Melhem: “My opinion is in doubt”

These were the details of the news Accused by five women, Marcius Melhen denies sexual abuse for this day. We hope that we have succeeded by giving you the full details and information. To follow all our news, you can subscribe to the alerts system or to one of our different systems to provide you with all that is new.