After the boycott calls escalated, France sends a message to Islamic... 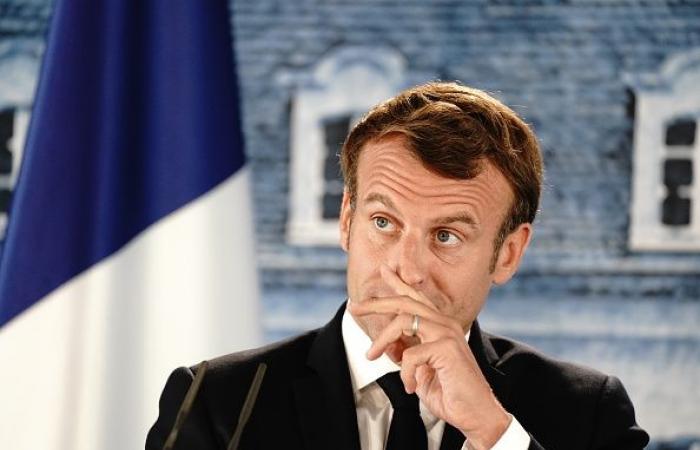 France urged the Middle East countries, today, Sunday, to prevent retail companies from boycotting their products, saying they are coming from a “radical minority.”

The Ministry of Foreign Affairs said in a statement that the past few days have witnessed calls in many countries of the Middle East to boycott French products, especially food products, as well as calls to demonstrate against France over the publication of cartoons insulting to the Prophet Muhammad.

“These calls for a boycott are baseless and must stop immediately, as well as all attacks against our country that are being pushed by an extremist minority,” the statement said.

He added, “The calls for a boycott are absurd and must stop immediately, as well as all attacks on our country that are behind a radical minority,” after President Emmanuel Macron’s statements about Islam that sparked criticism, demonstrations and calls to boycott French goods in the Islamic world.

During the past few days, France witnessed the publication of insulting pictures and drawings of the Prophet Muhammad, peace be upon him, on the facades of some buildings.

In addition to the offensive cartoons, France has recently witnessed a controversy over the statements of a large section of politicians targeting Islam and Muslims, following the murder of a teacher on October 16, by a French citizen angered by the latter’s display of “offensive” cartoons of the Prophet Muhammad Ali His students, under the pretext of freedom of expression.
Macron tweeted in Arabic today, Sunday, saying, “Nothing will make us back down, never. We attach to freedom, guarantee equality, and live brotherhood with momentum. Our history is the history of struggle against all forms of tyranny and intolerance.
“We respect all differences in the spirit of peace. We do not accept hate speech and defend rational debate. We will continue. We will always stand by the side of human dignity and universal values,” he added.

On Sunday, Arab condemnations of the statements of the French President “insulting” to Islam and the Prophet Muhammad, which coincided with mounting calls to boycott French products and tourism, continued.

On Wednesday, Macron said, in press statements, that France will not abandon the “cartoons” (insulting to Islam and the Prophet Muhammad), which sparked a wave of anger throughout the Islamic world.

In Jordan’s second official position, after the Ministry of Foreign Affairs, the Minister of Awqaf Muhammad al-Khalayleh considered that insulting the Prophet Muhammad and all the prophets “is not personal freedom but a crime that encourages violence.”

“This unacceptable offense generates violence and hate speech, and it is a blatant assault and crime against all religions, beliefs and humanity,” Al-Khalayleh added.

In the Gaza Strip, the head of the political bureau of “Hamas” movement, Ismail Haniyeh, called on Macron to “stop the policy of insulting and inciting Islam.”

She added, “The vulgar statements and racist statements issued by the President of France against Islam and Muslims require the Islamic Ummah, and its scholars in particular, to stand up for glory to support their prophet and defend their religion, and put an end to malicious hatred and racism and those who follow suit.

In Lebanon, the Supreme Islamic Shiite Council (official) condemned the French insult to Islam and its Prophet Muhammad, may blessings and peace be upon him.

A statement issued by the head of the council, Sheikh Abd al-Amir Qablan, stated that “the official French intransigence in publishing insulting cartoons of the Prophet Muhammad, in an irresponsible position that lacks wisdom, nurtures racism and contradicts all religious teachings.”

The statement added, that this abuse is “a described aggression that is not acceptable to reason or religion, in addition to its opposition to freedom of opinion and expression, which stands when respecting the freedom of the beliefs of others and the reverence of their symbols.”

In Algeria, the former presidential candidate, the head of the National Building Movement (Islamic), Abdelkader Bin Quraina, called on politicians in France to “curb the recklessness of Macron and his government to launch campaigns against Islam and Muslims to cover the internal failure.”

In a statement, Bin Quraina warned against “any prejudice to the sanctities of the Islamic Ummah and the repercussions that result from it on France’s interests in the Islamic ummah’s economic and cultural arenas.”

In Yemen, the “Houthi” group demanded that it cut diplomatic relations with France and expel its ambassadors from Islamic countries.

The head of the so-called “Supreme Revolutionary Committee” of the Houthis, Muhammad Ali Al-Houthi, called in a tweet for an Islamic meeting, to convey the position of rejection of the offensive acts committed (by France) with official directives.

The hashtag “boycott of French products” has been on the top of the list of the most frequently used on the social networking site “Twitter” in Morocco, since Friday, and thousands of people have interacted with it, including intellectuals, intellectuals and academics.

Thousands of activists have also changed their personal pictures on Twitter, Facebook, and others, and added the name “Muhammad, the Messenger of God,” in an expression of refusal to offend the Prophet Muhammad and the Islamic religion.

The “unification and reform” movement stressed that the attempts to repeatedly insult the Islamic religion in France are “unacceptable.”

The movement said, in a statement, that it denounces and rejects this offense and all expressions that offend religions and contempt their symbols.

In the context, a statement by the “Independence” party (the second largest of the opposition party) said: “The party is following with great concern the recent developments in France, the dangerous course that the reactions have taken against Islam and Muslims and the escalation of Islamophobia.”

Hundreds of Tunisians demonstrated, on Sunday, in the southeast of the country, denouncing statements by French President Emmanuel Macron supporting the re-publication of the cartoons insulting to the Prophet of Islam, Muhammad, may God bless him and grant him peace.

A march took place in the governorate of Tataouine, known for its factional demonstrations.

In Egypt, the Sheikh of Al-Azhar, Ahmed Al-Tayeb, said in a statement, “We are now witnessing a systematic campaign to include Islam in political battles, creating chaos that began with a malicious attack on the Prophet of Mercy, may God bless him and grant him peace.”

He added, “We do not accept that our symbols and holy sites be victims of cheap speculation in the market of politics and electoral conflicts.”

He continued, “I say to those who justify insulting the Prophet of Islam: The real crisis is due to your intellectual duplicity and your narrow agendas,” calling for “not to fuel the conflict in the name of freedom of expression.”

From Libya, a member of the Presidency Council, Mohamed Zayed, condemned, in a Facebook post, Macron’s statements.

He stressed that “the status of the Prophet Muhammad will not be affected by malevolent statements nor petty fees.”

He said on Twitter that Macron could “have healed the wounds and prevented extremists from taking advantage of the opportunity instead of creating more polarization and marginalization that inevitably leads to extremism.”

These were the details of the news After the boycott calls escalated, France sends a message to Islamic... for this day. We hope that we have succeeded by giving you the full details and information. To follow all our news, you can subscribe to the alerts system or to one of our different systems to provide you with all that is new.