Covid-19 in Portugal: the worst week in number of cases, three... 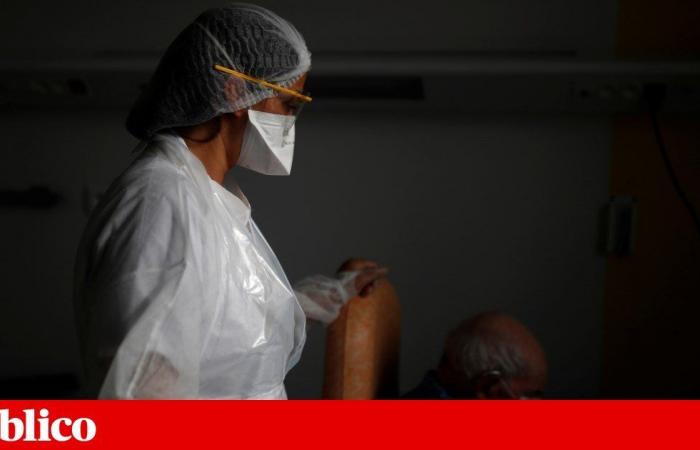 The number of daily infections decreased and the number of deaths also, but the total number of hospitalized people rose again and reached a new peak: this is the balance sheet of the Directorate-General for Health (DGS) bulletin released this Sunday, but that it concerns the whole day of Saturday.

Thus, Portugal registered, this Saturday, another 2577 new cases of infection (the previous value, the highest ever, had been counted on Friday, 3669 infections in 24 hours) – in total, covid-19 has infected 118,686 since the beginning of the pandemic.

Almost all the highest values ​​of daily cases were recorded this month, which, not being over yet, already counts more infections than, for example, the month of March or April. And if we look at this week’s numbers, we can see that it was the blackest in terms of new infections, even compared to the worst week in April, when we were still at the peak of the pandemic and in confinement. Between 6 and 12 April, 5,307 new cases were registered – in that month, the average number of cases per day was 759.4 infections. And in this last week, between Monday and Sunday, 18,775 new infections were registered in the national territory, an average of 2682.1 cases per day.

The bulletin released this Sunday reports 19 deaths (21 fatalities were recorded the day before), making a total of 2316 since the beginning of the pandemic.

There was also an increase in the number of active cases, an indicator that has been growing since mid-August and which had its first decrease last Tuesday, with 71 fewer active cases. However, on the following day, this indicator rose again and reached this Saturday the highest value ever – there are, therefore, another 1523 active cases, in a total of 47,493.

On the other hand, the number of recovered cases is also significant, despite being lower than that recorded in the last few days: there are 1035 more recovered cases, in a total of 68,877. At least 58,749 people are still being followed by health authorities, 1725 more since the previous day.

North again with most cases

Most of the new cases (1696 or 65.8%) were registered in the North region – which has this Thursday some regions with tighter rules to contain the spread of the virus – and about 16% in Lisbon and the Tagus Valley (492 new cases).

In the distribution of cases by region, it is possible to notice that Lisbon and Tagus Valley remains the country with the highest cumulative number of cases in the country, but the North region already has close values ​​in terms of new cases because of the increase in the last few weeks. Altogether, there are 52,832 records of infection and 927 deaths from covid-19 (plus eight).

Data from the DGS report indicates that, of the total registered deaths, 1135 are women and 1181 men – and with regard to infections, 54,054 are men and 64,632 women.The 19 deaths registered this Saturday refer to 16 people over 80 years old, two between 70 and 79 years old and one person between 20 and 29 years old. The disease caused by the new coronavirus is more deadly in the age group over 70: covid-9 killed 1989 people of this age, which represents 78% of all deaths recorded in all age groups.

These were the details of the news Covid-19 in Portugal: the worst week in number of cases, three... for this day. We hope that we have succeeded by giving you the full details and information. To follow all our news, you can subscribe to the alerts system or to one of our different systems to provide you with all that is new.