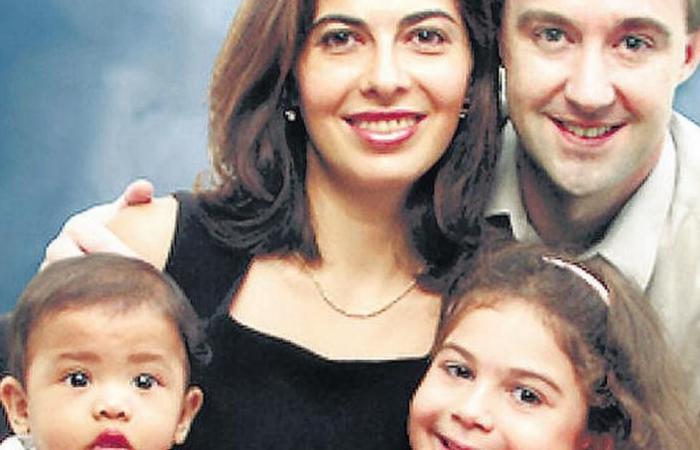 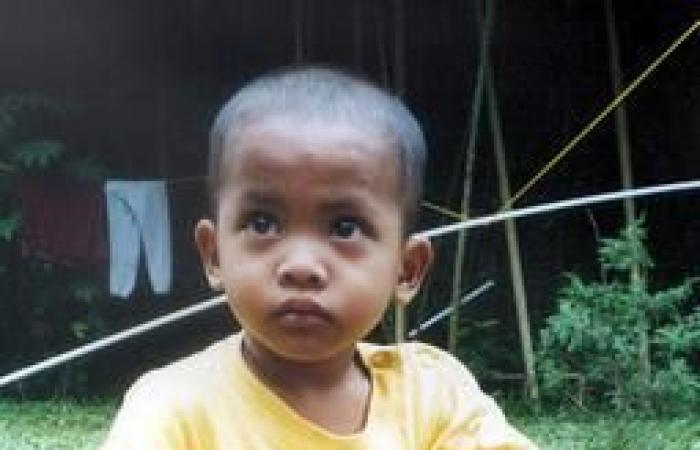 Fifteen years ago he was front page news. Tristan Dowse, the little boy who was adopted by a wealthy Wicklow man and his Azerbaijani wife until they decided they didn’t want him after all. And so he was abandoned in an Indonesian orphanage at the age of two.

The nation staggered. The fact that a child could be so cruelly thrown away in a foreign country was quickly condemned by society.

Then the case took a sinister turn. It emerged that Tristan was illegally adopted by an Indonesian baby smuggler who was later imprisoned, which sparked an international diplomatic incident as the adoption had been recognized by the Irish Adoption Board.

Left behind in an unlicensed orphanage by Carnew, Co Wicklow husband Joe Dowse, in 2003, Tristan tried hard to adapt to his new environment. He spent two years in two orphanages before finally being reunited with his birth mother, Suryani, after lengthy litigation.

Joe and Lala Dowse with daughter Tata and Tristan. The picture was taken on the day Tristan was adopted in Indonesia

Joe and Lala Dowse with daughter Tata and Tristan. The picture was taken on the day Tristan was adopted in Indonesia

But for Joe and Lala Dowse, international public shame was not the end of the matter. The case has been referred to the Irish High Court.

In 2006, Judge John McMenamin ruled the couple had violated their constitutional obligations and should support Tristan until he was 18. In the landmark decision, the boy retained his Irish citizenship and inheritance rights on the estates of his adoptive parents.

Tristan Dowse, 3, after being abandoned by his Irish adoptive parents in Indonesia

Tristan Dowse, 3, after being abandoned by his Irish adoptive parents in Indonesia

The Dowses had to pay an instant flat fee of € 20,000 and a monthly payment of € 350 until Tristan reached adulthood. The court also ordered an additional lump sum of € 25,000 to be paid at the age of 18. Opting for his verdict to be published, Judge McMenamin said that Tristan would be happy if there was only a single redeemable item from the evidence returned to his birth mother’s care.

Today Tristan is 19. Last week, the Sunday Independent tracked him down in the Indonesian village of Debong Wetan in Central Java, where he lives with his parents and older brother in the same house his mother bought with money paid by the Dowses.

Tristan says he is still in contact with his former adoptive father, Joe, whom he has no ill will towards.

“We exchange WhatsApp messages. He always remembers to say happy birthday and asks how I am, ”he says with the help of an interpreter. “He tells me to take good care of my health. I actually got a message from him yesterday. ”

Quietly spoken and reserved, Tristan seems to be content within himself as he enters adulthood. He tries not to think too much about his failed adoption.

“I have no memories of her [the Dowses]. I was so little. My mom told me I would live with them, but I don’t know where. I’ve heard the story of being adopted by other people. I like to leave the past in the past. I don’t talk about it too much because it is in the past. ”

Tristan was adopted in just two months. Joe Dowse, a senior accountant who worked for KPMG, had met his wife Lala, a doctor, in their native Azerbaijan a few years earlier. The couple later moved to Jakarta, Indonesia with Lala’s daughter from a previous relationship, where Joe was transferred from his employer.

The couple struggled to have a child of their own and decided to adopt them. In the first two formative years of his life, little Tristan lived with his new family in their luxurious home.

While he has mixed feelings about his former parents, Tristan’s predominant feeling is that he ended up where he belongs. “I’m still mad at the Dowses, but I’m trying to forgive them. People make mistakes. You shouldn’t feel guilty all your life. I want to thank them even though it didn’t work out. It wasn’t me. ”T her birth child and they looked after me for a while. I am grateful to them even though it didn’t work out. ”

Tristan’s Indonesian family doesn’t talk about his adoption and he doesn’t ask either. “I don’t know why the adoption didn’t work out. But because my mother gave birth to me, it is right for me to be with her, ”he says.

Last year he graduated from vocational school with a focus on light vehicle technology. He loved school and plans to go to college at some point where he hopes to become a certified mechanic.

He is currently working in the family business and building pipes. One of his passions is music, another is football. He plays bass guitar in an Arab music group and plays it throughout our interview. He also regularly attends Bible study in the Koran “to be a good Muslim”.

While Tristan does not remember being part of the Dowse family, he says he has vague memories of the Emmanuel orphanage in Bogor. “It had a lot of large rooms, it was like a school. I was much happier to go back to my mother, ”he recalls.

Joe Dowse met the Emmanuel Orphanage as part of a corporate social responsibility program. When he brought Tristan back, he told the director he would give the boy back because things “didn’t work out”.

According to orphanage director Emanuel Laumonier, Joe looked very depressed when he turned Tristan over. By then, Lala had given birth to a baby girl after the couple had previously struggled to get pregnant. The family was also planning to move to Azerbaijan.

The Sunday Independent this weekend contacted Joe Dowse to see if he would like to participate in this article. However, he declined the offer. It was understood that Joe Dowse now lives and works in Australia.

His marriage to Lala ended in divorce.

Tristan was bullied by other children about his background growing up, but he shrugs.

“They called me ‘abandoned child’ and ‘wasted child’ but I wasn’t listening to them, they were just children. It went into my right ear and from my left. ”

He has little understanding of how many headlines his story generated in both Indonesia and Ireland when the controversy peaked. “No, I didn’t know it was a big story. Was it? ”He asks.

“My name is Tristan Joseph,” he explains simply. “My mother and my family call me Erwin. But my friends call me Tristan. That’s what I call myself. It’s my name. ”

Is he aware that he will retain Irish citizenship? “I don’t understand the full story of what happened. I don’t know if I have Irish citizenship. I don’t have an Irish passport. But yes, I would like to travel to Ireland one day. ”

While not very hostile to Joe and Lala Dowse, Tristan heard the story of the woman who took him from his mother shortly after he was born and later sold him. Suryani, who was struggling financially, gave him to a nurse named Rosdiana who promised to take care of the little boy instead of paying her hospital bills.

Instead, Rosdiana resold him and he was eventually adopted by the Dowses. The adoption was illegal and this child smuggler was subsequently convicted and sentenced to nine years in prison.

“Yes, I’ve heard of Rosdiana,” says Tristan. “I’m angry with you. Because I was just a kid, a baby. I shouldn’t have been taken away. It was some kind of trauma. I still remember being separated from my mother. ”

Tristan Debong has rarely left Wetan since reuniting with his mother at the age of four. He has traveled the furthest to Jakarta for a school trip.

Nevertheless, he is ambitious for his future. He wants to open a shop in his village, maybe a mechanic’s shop or a small shop.

Whatever the future holds, he is certain of one thing. “I never want to be separated from my parents again,” he says.

“I love my family more than anything.”

These were the details of the news The strange case of Tristan Dowse: “I was just a baby,... for this day. We hope that we have succeeded by giving you the full details and information. To follow all our news, you can subscribe to the alerts system or to one of our different systems to provide you with all that is new.