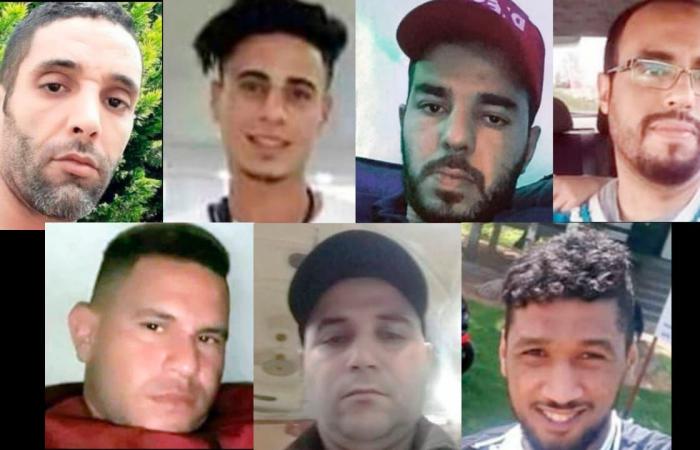 The seven dead found inside a container who left Serbia in July and docked at a port in Asunción, Paraguay, were identified by a friend, who said the seven were fleeing the police and entered the container thinking they were going to Italy.

The dead are: Ahmed Belmiloudi, Mohamed Hadoun, Rachid Sanhaji, Said Rachir, Sidahemed Oulherhe, Zugar Hamza and Yeza Aymen, the first four from Morocco, the next two from Algeria and the last from Egypt. The friend told the ABC Color website that they were fleeing the police, as immigration control is very strict.

Still according to the friend, if they were caught by the police they would be tortured, and for that reason, they decided to get on the train and then board the container. The seven had the intention to flee to Italy or Belgium. They believed the trip would take about 10 hours.

But from Serbia, the ship ended up docking three months later in Asunción, Paraguay. Of the seven people found dead, one may have been suffocated. This is what a forensic doctor Pablo Lemir’s report points out. Inside the container were found four documents with the remains of the skeleton. The bodies were found by the farmer who ordered the fertilizer from Europe.

Check below the video of the moment when foreigners are found.

These were the details of the news Dead in container, foreigners tried to escape torture en route to... for this day. We hope that we have succeeded by giving you the full details and information. To follow all our news, you can subscribe to the alerts system or to one of our different systems to provide you with all that is new.