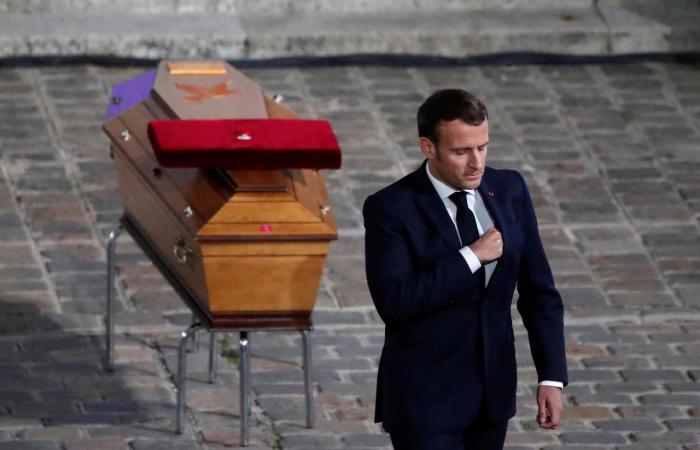 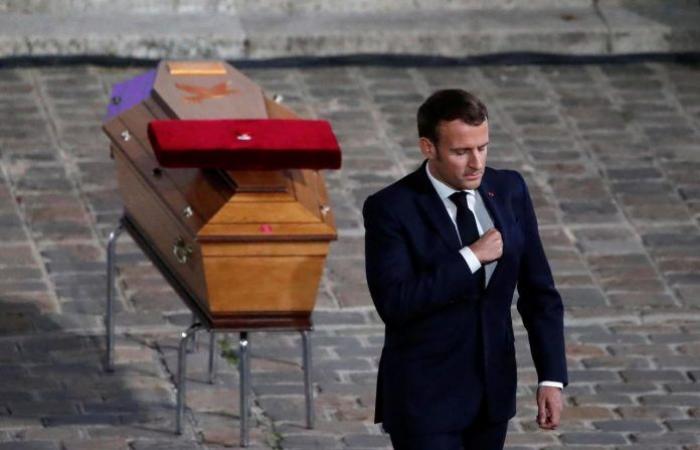 France is facing a call to boycott its products in several Muslim countries. This campaign follows President Emmanuel Macron’s speech during the national tribute to Samuel Paty, professor assassinated after giving a course on freedom of expression in which he showed caricatures of the Muslim prophet Mohammed.

A context of support for cartoons and the fight against “Islamist separatism”. “We will not give up caricatures, drawings, even if others retreat”, declared the Head of State, relying on the fact that blasphemy is authorized in France and on the principle of secularism which organizes, among others, the separation of religions and the State.

The call for a boycott also comes in a context where the French executive power, in addition to its support for cartoons, intends to take measures against “Islamist separatism”.

On Saturday, Turkish President Recep Tayyip Erdogan took an undiplomatic position on this subject. “All you can say about a head of state who treats millions of members of different religious communities in this way is: go for mental health exams first.” This tension between France and Turkey supports the desire to boycott French products and from France in general which are emerging in certain countries.

Calls for a boycott have multiplied since Friday. “There is an Islamist campaign against France. It is organized, it is not the result of chance, and the transmitters are very largely Turkish ”, estimates the entourage of Emmanuel Macron.

Withdrawal of products from stores and cultural week canceled. Turkey, Iran, Jordan and even Kuwait denounced the publication of the Prophet’s caricatures. The Organization for Islamic Cooperation, which brings together Muslim countries, deplored “the words of certain French officials […] likely to harm Franco-Muslim relations ”.

In Qatar, the distribution chains Al-Meera and Souq al-Baladi have announced that they will “withdraw” French products from stores until further notice. In one of Al-Meera’s stores, employees removed St. Dalfour brand jams from the shelves. The University of Qatar has announced the postponement of the French cultural week following “the deliberate attack on Islam and its symbols”.

In Kuwait, images showing Kiri and Babybel cheeses removed from the shelves of some stores were relayed. About sixty cooperative societies, which are major distributors in Kuwait, have announced a boycott of French products, said the vice-president of the Federation of Cooperatives, Khaled al-Otaibi. 430 Kuwaiti travel agencies have also suspended bookings for flights to France, explains the head of the Federation of Kuwaiti Travel Agencies Mohammad al-Motairi.

In Jordan, the Islamic Action Front, an opposition party, called on citizens to boycott French products. The Gulf countries, notably Qatar, Saudi Arabia and the United Arab Emirates, represent an increasingly important market for the exports of the French agri-food industry.

Demonstration in Israel and the Gaza Strip. In Israel, around 200 people demonstrated on Saturday evening in front of the residence of the French ambassador. The demonstrators, some of them covered with a sanitary mask, called on banners written in Arabic in defense of the Prophet Muhammad. This gathering began after evening prayers in Jaffa, a largely Arab city adjoining the metropolis of Tel Aviv.

In Khan Younès, in the Gaza Strip, a Palestinian enclave of two million inhabitants led by the Islamist movement Hamas, a handful of demonstrators burned photos of Emmanuel Macron and called for the defense of the prophet and of Islam.

*The article has been translated based on the content of Source link by https://www.leparisien.fr/international/caricatures-de-mahomet-le-boycott-des-produits-francais-et-la-contestation-s-etendent-25-10-2020-8404878.php
. If there is any problem regarding the content, copyright, please leave a report below the article. We will try to process as quickly as possible to protect the rights of the author. Thank you very much!

These were the details of the news Caricatures of Mohammed: the boycott of French products and the protest... for this day. We hope that we have succeeded by giving you the full details and information. To follow all our news, you can subscribe to the alerts system or to one of our different systems to provide you with all that is new.