Video of Ana del Castillo threatening to close a clinic in... 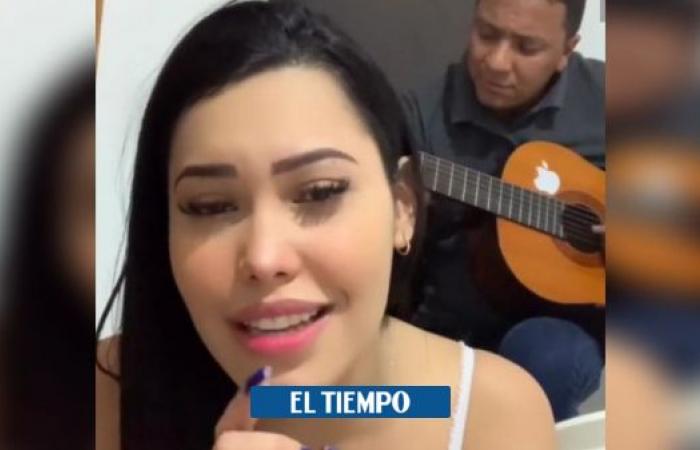 There are still few women who stand out as interpreters in the vallenato genre. Ana del Castillo is one of them. But sometimes it is news for events unrelated to his talent.
This weekend, the interpreter became the target of criticism for the scene she starred in in front of the Erasmo de Valledupar clinic, on the afternoon of Friday, October 23.

Before, Ana del Castilo had uploaded to Instagram, a social network where she has 1.8 million followers, moments of intoxication (the one in which she was dispatched against Iván Villazón is remembered because he did not let her go up to sing with him on stage in a concert she attended as a spectator).

This time, after a week in which his publications on the @ anadelcastilloj account were rather focused on the virtual concert that he has pending, a heads up with Paola Jara; or in the new song by Silvestre Dangond (My follies), that the singer appears singing in the company of her composer, Omar Geles, the artist once again called attention to this scene that the public and the media classify as an example of: “You don’t know who I am.”

This is the video that shows the singer at the door of the Erasmo de Valledupar clinic, asking the guard to allow her to enter. In the face of the employee’s refusal, the artist’s tone becomes imperative and threatening.

(Also: The accident that Ana del Castillo suffered at the beginning of 2019).

That said, the singer turned on the camera on her mobile phone and began to record the following statements for her followers: “Here, at the Erasmo de Valledupar clinic, they don’t open me. I have covid and they don’t open me.” In a video that went viral, taken by another person, you can see how the interpreter alternates her cell phone recordings with threats to the security guard.

Different local media indicated that the singer managed to upload these videos, but quickly deleted them. And it was learned that in reality, Del Castillo was not a covid patient, but was looking to enter to visit someone.

In this sense, the clinic involved issued a brief statement with the following text:

“Regarding the video that is circulating on social networks that occurred on Friday, October 23, 2020, in the afternoon, we state that it refers to the companion of a patient who was in a respiratory isolation zone with a diagnosis of covid-19, following the guidelines of the Ministry of Social Protection, their entry was restricted to prevent the spread of the virus. Atte. Clínica Erasmo LTDA “.

These were the details of the news Video of Ana del Castillo threatening to close a clinic in... for this day. We hope that we have succeeded by giving you the full details and information. To follow all our news, you can subscribe to the alerts system or to one of our different systems to provide you with all that is new.