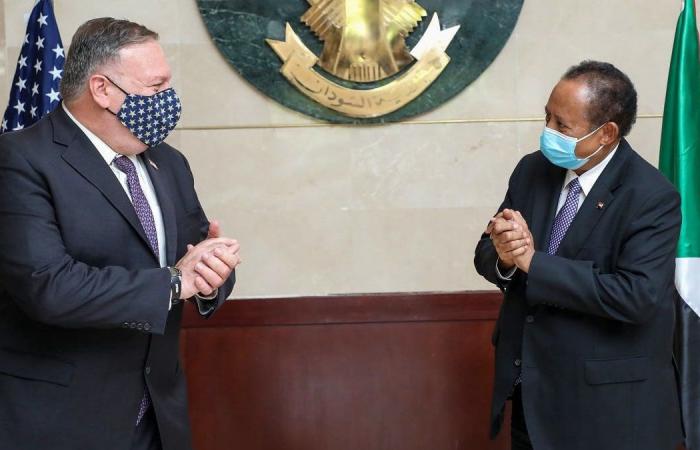 US Secretary of State Mike announced PompeoOn Saturday, the United States will provide $ 81 million in humanitarian aid to Sudan.

“The United States has announced the allocation of $ 81 million in humanitarian aid to relieve the Sudanese people affected by the crisis,” Pompeo said in a tweet.

Pompeo indicated that the donation comes to confirm that the United States will remain at the forefront of countries providing humanitarian aid around the world.

This comes after the announcement that the leaders of Israel and Sudan reached during internet talks an agreement to normalize relations between the two countries, mediated by the United States of America.

A joint statement said that the agreement to normalize relations between the two historic enemies came after talks between US President Donald Trump and the Chairman of the Sudanese Sovereignty Council, Abdel Fattah al-Burhan, the head of the transitional government, Abdullah Hamdok, and Israeli Prime Minister Benjamin Netanyahu.

The statement indicated that the leaders of the United States of America, Sudan and Israel “discussed Sudan’s historic progress towards democracy and the advancement of peace in the region.”

The statement added: “The leaders of Israel, America and Sudan have agreed to start economic and trade relations with an initial focus on agriculture, and delegations from each country will meet within weeks to negotiate agreements for cooperation on agriculture, aviation and immigration. America will take steps to restore Sudan’s sovereign immunity and work with international partners to ease the burden of debt. Sudan ”.

These were the details of the news Pompeo announces $ 81 million in aid to Sudan – Erm... for this day. We hope that we have succeeded by giving you the full details and information. To follow all our news, you can subscribe to the alerts system or to one of our different systems to provide you with all that is new.