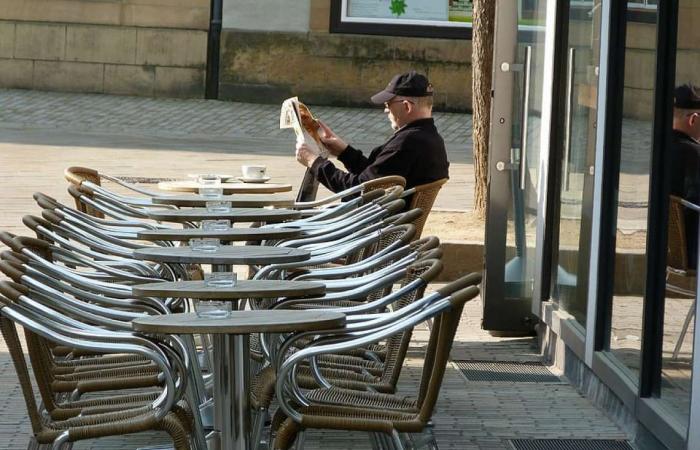 Check the date at the top of the page and you can find all the “morning headline” stories Here. You can also follow us on Facebook and get all the news in your feed.

This summary is provided by the STA:

LJUBLJANA – 7,025 record tests were conducted on Friday, with a record 1,961 positive and the positivity rate rising to a record 27.91%. In addition, 19 people died from coronavirus, the highest daily death toll to date, bringing the total coronavirus deaths to 235. The number of active cases rose to 13,021, according to Tracker Covid-19.Sledilnik. 449 were in the hospital, 63 had to be treated in the intensive care unit, said the Ministry of Health.

LJUBLJANA – Most of the facilities that offer their goods and services to their customers in person will be closed as new restrictions come into effect in Slovenia to slow the coronavirus outbreak. Following the decree passed by the government on Thursday, the country reverted to the highest lockdown restrictions, similar to those in effect during the spring’s first wave. Hotels, spas, beauty and hairdressing salons, swimming pools, car washes, casinos, cinemas and other cultural institutions have joined the already closed facilities.

LJUBLJANA – The Slovenian government updated the classification of safe and unsafe coronavirus countries on Friday. As of Monday, Serbia will no longer be on the green list, while a number of regions, including Slovenia’s neighboring countries, have been placed on the red list. This means that quarantine is required unless the passenger presents a recent negative test. The red list now includes all of Austria with the exception of the province of Carinthia and 14 Italian regions, including Friuli-Venezia Giulia. In addition, eight Croatian regions, including the capital, have been added to the Red List, while the regions of Istria and Primorsko-goranska remain orange. Up to 16 regions in Hungary have also been red-listed, including Budapest and the two neighboring regions of Slovenia.

Slovenia welcomes the announced normalization of relations between Sudan and Israel

LJUBLJANA – Slovenia welcomed the announced normalization of relations between Israel and Sudan. In a tweet, the Ministry of Foreign Affairs described it as “an important step towards the democratic transition of Sudan and sustainable peace and stability in the Middle East”. The answer comes a day after US President Donald Trump announced on Friday that Sudan will soon normalize its relations with Israel, making it the third Arab country to do so, following similar agreements with the United Arab Emirates and United Arab Emirates weeks earlier Bahrain were closed.

LJUBLJANA – The best way to counter the current global threats remains multilateralism and responsible behavior by UN members, the State Department said ahead of the 75th anniversary of the United Nations, which was celebrated on Saturday. A lack of multilateral cooperation would lead to greater difficulty solving problems and pervasive challenges, he added.

LJUBLJANA – The foreign ministers of Estonia, Latvia and Lithuania as well as the Belarusian opposition leader Sviatlana Tsikhanouskaya are isolating themselves after a meeting with the Slovenian foreign minister Anže Logar earlier this week, the French press agency AFP reported on Saturday. Logar tested positive for coronavirus on Friday after a three-day tour of the Baltic States. Estonia’s Urmas Reinsalu, Latvia’s Edgars Rinkevičs and Lithuania’s Linas Linkevičius are all feeling fine, the AFP also said.

Civil defense boss no longer responsible for the operations office

LJUBLJANA – Srečko Šestan, the commander of the Civil Defense Authority, no longer heads the operations office of the Administration for Disaster Protection and Disaster Relief, a move that, according to the Ministry of Defense, was aimed at relieving Šestan and allowing him to fully concentrate on the administration of the authority . The ministry says the move does not in any way show any suspicion of Šestan, who is now also joining Defense Minister Matej Tonin’s cabinet.

LJUBLJANA – Veterans of the Revolutionary War and the Sever Union of Police Associations criticized the political and social situation in Slovenia on the eve of Sovereignty Day, the national holiday on Sunday to commemorate the day on which the last soldiers of the Yugoslav People’s Army left the territory of Slovenia. must remain one of the core countries of Europe and not one of the main led countries whose only measure of success is corruption and the increase in differences in wealth and social power among affluent political elites. ”

If you are learning Slovenian, you will find all of our double texts here

These were the details of the news Tomorrow’s headlines for Slovenia: Sunday 25 October 2020 for this day. We hope that we have succeeded by giving you the full details and information. To follow all our news, you can subscribe to the alerts system or to one of our different systems to provide you with all that is new.