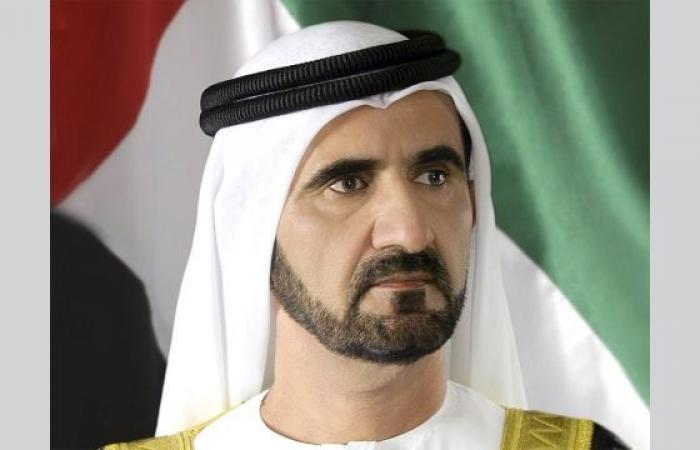 Under the patronage of His Highness Sheikh Mohammed bin Rashid Al Maktoum, Vice President and Prime Minister of the UAE and Ruler of Dubai, the World Government Summit Foundation, in partnership with the United Nations, is organizing a high-level virtual global dialogue, entitled “75 minutes for international cooperation”, as part of the activities commemorating the 75th anniversary. To create the United Nations, with the participation of His Excellency António Guterres, Secretary-General of the United Nations, ministers in the UAE government and international officials, on Monday.

His Highness Sheikh Mohammed bin Rashid Al Maktoum stressed, on this occasion, that the United Nations has provided great services to humanity in the fields of development and humanitarian services, and the strengthening of cooperation between governments, and that the UAE is committed to supporting its efforts, programs and initiatives aimed at shaping future development.

His Highness said: “The UAE is keen to strengthen international partnerships and global institutional frameworks aimed at consolidating cooperation and principles of dialogue and partnership based on the advancement of people, and it is a major supporter of the initiatives and projects of the United Nations, due to its belief in what this organization constitutes since its establishment 75 years ago, in terms of a university umbrella and an open space.” For constructive communication and positive dialogue aimed at meeting humanity’s aspirations for a better future. ”

His Highness added: “The international organization has been able to open channels of constructive communication, and since its establishment, it has worked to stimulate governments to develop and create change, and to consolidate international relations based on the values ​​of tolerance, coexistence, rapprochement and dialogue among peoples .. The UAE shares these noble values ​​and principles with the United Nations, and adopts its visions. To enhance integration between governments and peoples, and seek with them to enable countries to prepare for the future and develop tools and solutions to its challenges.

His Highness Sheikh Mohammed bin Rashid Al Maktoum affirmed that the World Government Summit was able, within a few years, to provide a platform for cooperation and sharing of visions and success stories, and the formation of supportive trends for governments around the world, and developed a distinguished partnership with international organizations, led by the United Nations, in the areas of building government capacity and strengthening Its readiness, by foreseeing the future of sectors most related to human life, and setting a future agenda to empower governments and make them more ready to anticipate the rapid changes.

The global dialogue focuses on the topics of strengthening partnerships and digital cooperation, and global digital societies, by empowering youth and future leaders, and employing the latest technological means in finding innovative solutions to the future challenges facing the world.

The World Summit of Governments shares its orientations with the goals on which the United Nations was founded, to promote global integration and cooperation, aiming to develop societies, involve all segments of society in setting the agenda for government action, and devise solutions to the challenges they face to create a better future.

The high-level dialogue embodies the role of the World Government Summit in promoting international cooperation and dialogue, spreading human values, providing an international platform aimed at exploring the future of governments around the world, strengthening government action and building opportunities to create the best tools and methods that support decision-making processes and future-making, by sharing international experiences and experiences.

The dialogue witnesses the participation of a group of ministers and government officials from different countries of the world, in addition to influential people in the fields of education, environment, advanced technology and artificial intelligence, as well as a number of children from several countries, in charting the future course of the United Nations by asking their questions and sharing their ideas and aspirations with its Secretary General. .

The event’s agenda includes holding a key session for His Excellency António Guterres, focusing on the role of the United Nations in strengthening partnerships and cooperation between governments, in order to ensure the acceleration of the achievement of the sustainable development goals by 2030, enhancing youth participation in decision-making and enabling them to build their future.

Through dialogue, the UAE sends a “message of peace for humanity”, organized by the Ministry of Tolerance and Coexistence, in which representatives of religions who live on the land of the Emirates participate, to convey the success story of the state model in promoting peace and coexistence, and building a system of moral values ​​in its society in which more than one lives. 200 nationalities, making it a meeting place for world civilizations.

The event will witness the organization of 3 dialogue sessions based on the themes of the recently adopted United Nations General Assembly declaration, on the occasion of the 75th anniversary of the founding of the organization, and it discusses the importance of developing governments and enhancing their readiness through adopting the latest technology and developing new sectors that serve societies.

The first session entitled “Digital Cooperation to Empower Generations and Societies” discusses ways to enhance global digital cooperation to achieve government readiness, and highlights the importance of adopting advanced technology, which is a priority to face the various challenges facing governments and one of the main axes for preparing for the future, and the need to invest in energies and build digital capabilities. .

The second session entitled “Education and work opportunities for future generations” will discuss the importance of investing in young people, preparing them for future leadership in various sectors, enabling them to continue the global development and development process, and building sustainable societies by strengthening the global educational system by focusing on developing mechanisms that provide them with lifelong learning skills. And creating job opportunities that keep pace with their future needs.

The third session entitled “Climate Action for the Future of Humanity” will review the most prominent challenges facing societies as a result of climate change, and the importance of intensifying efforts in launching and implementing international initiatives to address it.

These were the details of the news Mohammed bin Rashid: The UAE is keen to strengthen international partnerships... for this day. We hope that we have succeeded by giving you the full details and information. To follow all our news, you can subscribe to the alerts system or to one of our different systems to provide you with all that is new.

PREV US Covid-19 deaths cross painful 600,000 milestone as country reopens
NEXT Swiss vote on whether government can impose coronavirus restrictions