‘Too much has happened’: how could it get this far at... 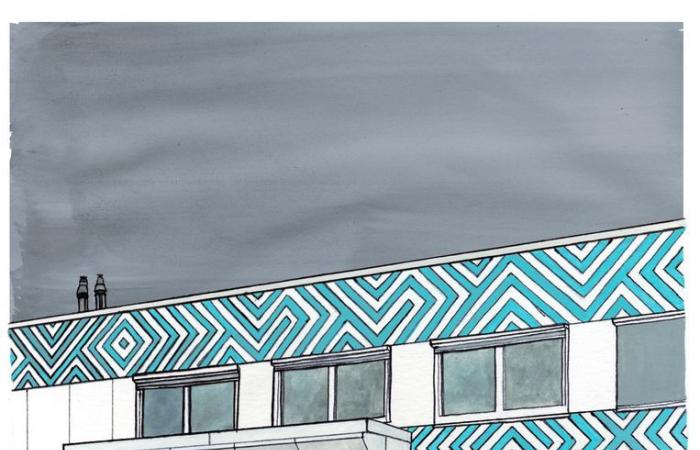 The departure of director Soner Atasoy this spring should have brought peace to the Cornelius Haga Lyceum in New West. But different camps in the Islamic high school are fighting each other out, sometimes literally. ‘Too much has happened.’

“I have a good feeling about it,” a teacher from the Cornelius Haga Lyceum confided this week to Achmed Baâdoud, the brand new director-administrator. The board also sees a bright future. It writes in a newsletter that Baâdoud’s predecessor Rasit Bal, who left last week after just four months, has made a ‘good start’ to the school year and that the time is right for the next step in the development of the school.

Would it? Rather, it seems that the school is still so divided that the focus on education has become secondary.

The Cornelius Haga, a school for VMBO-T, HAVO and VWO, was established in 2017 with a lot of noise. Soner Atasoy conducted dozens of lawsuits to get the school off the ground. In 2019, warnings from the AIVD about radical Islamic influences within the school followed, after which the Amsterdam city council and education minister Arie Slob urged Atasoy’s departure.

In vain: the warning proved insufficiently substantiated. This spring, Atasoy’s own board put him aside after internal complaints about intimidation and the wiretapping of the Education Inspectorate.

‘A matter of sitting out’

His departure did not undermine the unrest. Het Parool spoke to fifteen people involved in the school and the Muslim community in New West. If the Haga is to continue to exist in the long term, it must grow from the current 400 students towards 500. How promising is that in a school where it is more than about the quality of education that revolves around a war of tendencies that keeps the school in the news?

A manager of Islamic primary schools: “I would not enroll my own child.”

A Muslim foreman: “Few parents will dare to register their children.”

A father: “I don’t take my child away in the middle of the school year. But he left after the summer. ”

A mother: “My son is taking his final exam this year, it is a matter of sitting out. If I had younger children, I would not register them. ”

“Too much has happened, the hatred and envy are too great,” said Yusuf Altuntas, known in the community as director of the Elif Islamic primary school in South and former chairman of the national organization of Islamic school boards. “If the Haga board were to ask if they could come and give information to the eighth-graders at my school, I would say: I cannot do that to my children pedagogically.”

Text continues below the photo

The people with whom Het Parool most on the condition of anonymity, are almost without exception pessimistic. They also fear the new director Baâdoud becomes entangled in the ongoing currents struggle.

Baâdoud’s predecessor Bal was troubled by the Free Parents, a militant group of parents who continues to strive for his return more than four months after Atasoy’s retreat. “He brought unity,” says one member of the group. According to sources around the board, the group includes at most a few dozen parents, who themselves say they represent more than 200 people.

In addition, there are other Orthodox parents who watched Bal’s approach to more progressive parts of the Muslim community with suspicion. With his Turkish background, Bal did not feel welcome with the parents of predominantly Moroccan descent.

The toxic atmosphere was reflected in a brawl between two parents last month. A father who got signatures for Atasoy was knocked to the ground and said he went to the emergency room with bruises. In the group app of fathers (the mothers have their own app group) it was noted that ‘someone else could end up in the hospital with bruised teeth’.

The divisions within the school run deep. According to insiders, Muslims with school-age children from some mosques known as Salafist are exerting their influence. “There is a struggle between Salafists,” says a community leader. “Some support Atasoy, some find it reprehensible to seek confrontation with the government as Atasoy did and want to profess pure Islam in peace.”

A well-established source in Islamic education endorses this.

“Atasoy managed to unite both groups,” says ex-director Bal. “He sketched a picture of an angry outside world, in which politics, media, the municipality and the Education Inspectorate wanted to destroy the school.”

After the disappearance of the common enemy – the government agencies tied in after tapping on the fingers by the judge and the intelligence regulator – the kongsi fell apart.

According to Bal, the school serves only a small, conservative section of the Muslim community. He got little support from the board to change that, he says. Chairman of the Haga board Mohammed Laamimach, who spent years with Atasoy but gave him the guard this spring, contradicts this. “Our assignment was and is: seek diversity.”

Laamimach says he does not recognize himself in claims that he himself is also in Salafist circles. “That is slander spread by Arnoud van Doorn,” he says, referring to the ex-PVV councilor from The Hague who is considered to be the mouthpiece of Atasoy.

Behind Bal’s back, the board hired Baâdoud as advisor this month. Last week, Bal resigned and Baâdoud was promoted to his successor. “Such a hasty procedure comes back like a boomerang,” says director Altuntas of Elif primary school. “I spent a year looking for a director for a new location for my school. I do not rule out that Baâdoud is of value, but what does he know about education? ”

Meanwhile, lawsuits are raining with which Atasoy hopes to return. Lawyers’ fees are not a problem thanks to fundraising actions that have raised more than 40,000 euros. The support of Suhayb Salam – leader of the fundamentalist organization Al Fitrah – underlines the importance the Salafist community attaches to a position at the Haga Lyceum.

You would almost forget that lessons are being taught in the meantime. Bal’s observation that education meets ‘the basic quality requirements’ is not reassuring. “The inspectorate had doubts, but teachers thought that was nonsense,” says Bal. “The inspectorate also had doubts about administrative stability. I argued for a distinction between management and finances on the one hand and education on the other. That way I could say to the board: leave the school alone, with your Free Parents, with your Arnoud van Doorn, with your lawsuits. ”

“It went in the right direction. But the board could not keep up with the pace. Our plans were insufficiently facilitated. Practical matters remained, such as purchasing PCs and setting up an ICT room. ”

Altuntas doesn’t think Bal was the right person for the job. “You have to fight street with Atasoy. You know there are interest groups that are inciting. This challenge did not suit his character. ”

The new director Baâdoud is cut from a different wood. Is that enough to prevent a repeat of the failure with the Islamic College Amsterdam, the predecessor that went under in 2011? Baâdoud thinks so: “I know there are skeptics. But I believe in a school that is there for all Muslims. ”

Former district chairman of Nieuw-West Achmed Baâdoud (PvdA) has been director of the Cornelius Haga Lyceum since Monday. He wants to get rid of ‘the hassle’.

Your predecessor Rasit Bal was stuck on opposition from parents, lawsuits and lack of support from the board. Sounds like a complicated job.

Rasit Bal tried in vain to involve more progressive sections of the Muslim community in the school. Are you also going to try to broaden the base?

An orthodox trend among parents is against it.

Bal’s Turkish background aroused suspicion among the Moroccan community. He expects it to be easier for you. Isn’t there a risk that it will become a school of Amsterdam Moroccans even more than now?

“When I was a district chairman, Moroccans complained that I spoke more to Turks. That image arose because that group is better organized, but I put the same amount of energy into everyone. I want to stand above the parties, as I did as a district chairman. I speak to every trend. As long as it is about better education. ”

You have no educational background.

“Just like I had no background as an alderman or district chair before I started administering Nieuw-West. The educational knowledge is already in house. There are fifty experts in the classroom. ”

The Free Parents, who want founder Atasoy back, see your appointment as a PvdA setup from the town hall.

“I said goodbye to politics in 2018. I was also not approached by the government, but by the school board for this position. I want to bury the hatchet with the Free Parents. I would like to speak to them, as long as they want to have a conversation in the interest of education. ”

Is there not a threat of a repeat of the Islamic College Amsterdam, which closed in 2011 due to a lack of students?

“I’m not afraid of that. Despite the negative reports, the school is growing. That confirms the need. ”

July 2011 Closure of the Islamic College Amsterdam (ICA) due to mismanagement and poor education.

September 2011 The Islamic Education Foundation (SIO), behind which ICA employees are hiding, is applying for the establishment of an Islamic secondary school. Ministry approves this.

2014 SIO board member Abdoe Khoulani hails IS on Facebook. The rest of the board does not immediately distance themselves. Municipality refuses housing. SIO starts new lawsuit.

2015 The Council of State orders the municipality to make the building available by 2017 at the latest.

March 2019 Mayor Femke Halsema calls on parents to remove children from school after the AIVD warns against radicalization. Hardly anyone answers. The school reports 135 new registrations.

June 2020 Atasoy fired by fellow director after internal conflicts. Rasit Bal takes over as director, but quits after four months.

These were the details of the news ‘Too much has happened’: how could it get this far at... for this day. We hope that we have succeeded by giving you the full details and information. To follow all our news, you can subscribe to the alerts system or to one of our different systems to provide you with all that is new.