Donald Trump or Joe Biden, which candidate does Beijing favor? ... 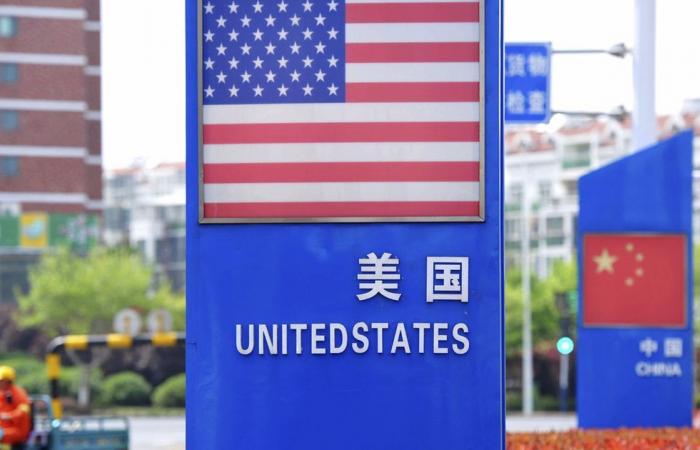 As the two candidates for the presidency of the United States enter the home stretch before the November 3 election, China weighs the pros and cons of re-electing Donald Trump, or the coming to power of Joe Biden.

China is following the US presidential campaign closely. Under the current administration, relations between Beijing and Washington have reached their lowest level in half a century. Tensions are bound to persist and even intensify in the future. The page opened by Richard Nixon in 1972 has now been turned: the Chinese leaders are ready for a long-term confrontation.

If the trend was initiated before Donald Trump came to power, the latter considerably accentuated it by attacking the reborn giant head-on. Bold and unpredictable, the outgoing president has undeniably shaken up the Communist Party. The American intelligence services say it today: the Chinese leaders would welcome the accession to power of a more diplomatic and conventional Joe Biden. The reality is more complicated, however.

What does the Chinese president really think? Hard to read Xi Jinping’s enigmatic smile. He and his close allies reveal nothing of their preference: on the one hand to avoid being accused of interfering in the democratic debate, and on the other because opinions differ. The regime’s silence reflects internal strategic debates, out of sight, in the face of two hard-line candidates both against China, but who also offer each of the opportunities to the rise of the country.

Donald Trump has certainly shaken the certainties of the Communist Party by engaging in a tiresome trade war. Its attacks on Chinese tech companies are hurting the industry, which is now suffocating under the weight of White House sanctions. But the Republican President, author of “The Art of the Deal”, remains above all a businessman, unpredictable, and with shifting objectives. By investing a lot of energy, China, for example, managed to suspend the trade war without any substantive concessions. Donald Trump has agreed to put aside his demands for structural reforms of the Chinese system against the promise of a drastic increase in purchases of American products – a promise not kept to this day.

>> Read also: 2018 US taxes against China deemed illegal by WTO

Another advantage, Donald Trump does not bother with principles and pays little attention to the issue of human rights. Under his presidency, China has had a free hand in Xinjiang, Tibet or Hong Kong. If he finally decreed sanctions against China, it was above all under pressure from Democrats and Republicans in Congress. Trump had indeed shown understanding of Beijing during the first months of the pro-democracy protests in Hong Kong. During an interview with his counterpart Xi Jinping, he also openly supported the repression of Muslim minorities in Xinjiang, according to the revelations of his former national security adviser John Bolton.

Besides his little attachment to democratic values, Trump has also torpedoed Washington’s relations with its European and Asian allies. He deserted international organizations, opening a boulevard to China. A second term would offer long-term benefits to Xi, by dividing the Western Front for a long time, thus allowing the Chinese president to advance his pawns.

In this context, a return of Democrats to the White House could be a game-changer. Joe Biden feeds the specter of a strengthening of alliances and an anti-Beijing coalition. Democrats could be more riding on values, questions of principle. Some in China fear the implementation of a more coherent strategy that could, in the long term, hinder the country’s rise to power. By strengthening its partnerships and using more sophisticated tactics, a Biden administration could prove to be more dangerous than Trump in the long run.

Joe Biden does not however offer all disadvantages. His style would be different, his rhythm too. Even if he has promised to implement a firm policy towards China, not hesitating to call Xi Jinping a “thug”, Joe Biden should be much more predictable than Donald Trump. His actions would probably be readable, allowing the Communist Party to anticipate.

>> Find the analysis of Geopolitis on the Biden-Harris front against Donald Trump:

Moreover, the coming to power of a new administration would probably involve a period of adaptation. A Biden team should take stock of the many legacy cases. Enough to allow Beijing to catch its breath after the repeated hits in recent years. China could buy time.

However, time is precisely what the Chinese authorities are looking for, who are currently trying to exploit the window of opportunity they have. This window is gradually closing, driven by the economic slowdown and the accumulation of social challenges. If he wants to see his big Chinese dream come true, Xi Jinping will not be allowed to make mistakes in the coming years. Every second, every opportunity is therefore good to seize. However, is the respite provided for in the event of the election of Joe Biden preferable to the strategic opportunities offered by Donald Trump’s American withdrawal? Whatever the outcome of November 3, the next tenant of the White House will be a major challenge for China.

These were the details of the news Donald Trump or Joe Biden, which candidate does Beijing favor? ... for this day. We hope that we have succeeded by giving you the full details and information. To follow all our news, you can subscribe to the alerts system or to one of our different systems to provide you with all that is new.

PREV Biden, Erdogan upbeat about ties but disclose no breakthrough
NEXT Suspect charged with terrorism for truck attack on Canada Muslims