Coronavirus nurse cried outside the station during the first wave that... 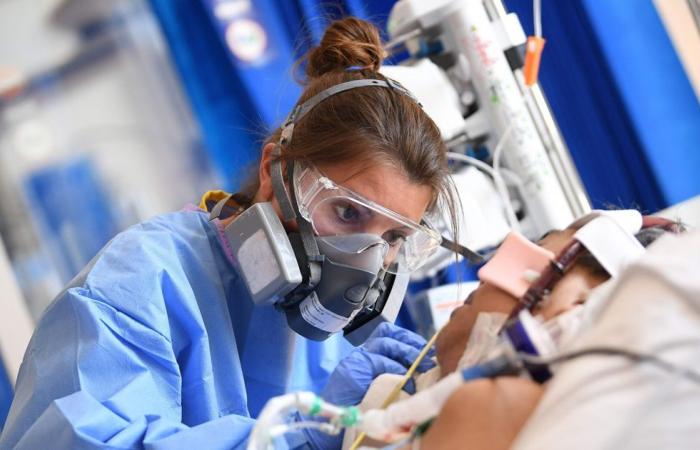 A nurse who worked on a coronavirus ward was in distress during the first wave earlier this year when she saw her patients suffer and felt like “nobody was doing anything”.

Two sisters, whose 82-year-old father died in the hospital after contracting Covid-19, said they saw the nurse tearfully outside the ward when they went to the hospital to see their father.

When they asked her if she was okay, she replied, “They’ll all die and no one will do anything about it.”

During the first wave of coronavirus, hospitals reportedly had guidelines in place to prioritize certain patients for treatment based on their chances of survival, according to the Sunday Times.

Elderly patients in particular were refused intensive care to prevent the NHS from becoming overwhelmed.

The doctor informed her that her father would not be receiving intensive care or mechanical ventilation, even though his oxygen level had dropped to 70%.

This was because the man’s age, gender, high blood pressure, and diabetes were all considered risk factors.

The distraught daughter said: “It has been written off.”

In a complaint that she later filed at the hospital, she described her father’s death as a “death ward” for the elderly.

She said there were eight elderly men infected with the virus, whom she describes as the “living dead” lying in stifling heat in a “war scene”.

While the sisters were sitting with their father, the man died alone in the next bed.

He died later that day without the option of intensive care that would save him the family matters.

They fear he has been the victim of policies that have allegedly prevented many elderly patients from receiving the care they would have received before the peak of the pandemic.

An investigation by the Sunday Times found older people were being banned from hospitals and intensive care units during the height of the first wave of the pandemic to prevent the NHS from being overrun. Boris Johnson and Matt Hancock said this was their goal at this stage of the pandemic.

The newspaper reports that drafted guidelines were drawn up in documents called the “triage tool” that were later used to prevent many older Covid-19 patients from being ventilated in the intensive care unit.

One of the documents allegedly recommended that medical professionals should exclude people over the age of 80.

The guidelines – which allegedly gave a rating for age, frailty and illness – were reportedly used in hospitals in Manchester, Liverpool, London, the Midlands and the South East.

The Department of Health and Social Affairs reportedly insists that the guidelines were never officially published.

Mirror Online has asked the Department of Health and Social Affairs for further comments.

Hospitals have learned a lot from the coronavirus outbreak in the spring and “would do things differently during the second wave,” said a top doctor.

The intensive advisor Dr. Matt Morgan said, “Hospitals across the country now know the areas they will be relocating and entering when they see an influx of patients.

“We have bigger oxygen tanks because we know that we have to run more machines when people are connected to fans.”

According to official figures, the UK has reported an additional 174 coronavirus deaths and 23,012 more cases in the past 24 hours.

These were the details of the news Coronavirus nurse cried outside the station during the first wave that... for this day. We hope that we have succeeded by giving you the full details and information. To follow all our news, you can subscribe to the alerts system or to one of our different systems to provide you with all that is new.