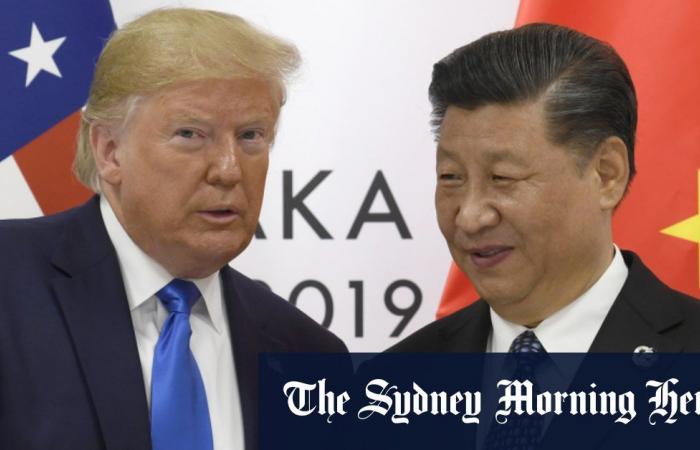 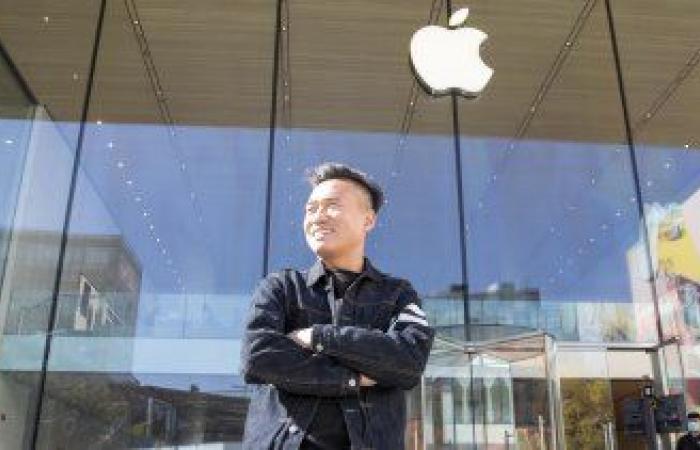 A challenging list of big-ticket issues depends on the relationship between the two superpowers: trade, the future of Taiwan, human rights in Hong Kong and Xinjiang, the South China Sea, climate change, defense, and the functioning of multilateral institutions like the World Health Organization. The man who wins the keys to the White House, Trump or former Vice President Joe Biden, will define that connection for at least the next four years.

“Regardless of who is elected, it means the same consequence for China,” says the newspaper kiosk owner in Beijing. “Still a difficult time.”

The migrant worker, who works 14 hours a day for China Railway Construction, asks not to be identified as international affairs in China are politically sensitive. But he has a view that arises from the misinformation that emerged from the US election campaign.

“Personally, I prefer Trump because he has business thoughts,” he says. “Biden has Alzheimer’s and will only lead the US into the swamp.”

Trump redefined US relations with China, shifting them from strategic partner to rival, an attitude that Europe and other allies have since followed.

He can call US stance on China his greatest foreign policy legacy if he loses on November 3rd – and he’s not in favor of turning around. He is sending his State and Defense Ambassadors Mike Pompeo and Mark Esper to the Indo-Pacific this week to sign contracts with partners like India and Indonesia that will last long after election day.

Biden has put China at the forefront of its global challenges in its global challenges, senior policy advisor Jake Sullivan told the Lowy Institute in September. The main difference in the Biden administration’s approach is to minimize the sudden, unilateral White House decisions that sparked the trade and diplomatic retaliation that US allies like Australia have endured. Biden is also expected to resume working with multilateral institutions such as WHO, which Trump is known to have rejected.

“Like-minded democratic allies are at the center of his foreign policy,” said Sullivan. “Allies will have a place of honor.”

Anne Marie-Schleich, a former German ambassador who is now exploring the Indo-Pacific from Singapore, says a US return to multilateral dialogue could help weaken China’s ambitions in the region.

“Xi promised that he would support a multilateral system,” she says. “It’s one way of getting China back on track. One cannot claim to be multilateralist on the one hand and nationalist on the other. ”

Biden has supported free trade throughout his tenure in Congress and has identified some of the $ 362 billion ($ 507 billion) tariffs imposed on China by the Trump administration to protect US industry as “harmful” and ” ruthless “. But they could also be used as a lever to achieve closer cooperation between China on issues such as climate change, which Sullivan says is at the center [Biden’s] Vision of economic recovery “.

A return to the trade negotiating table would welcome Li Wei, an iPhone scalper waiting outside one of the Apple stores in Beijing. The 27-year-old buys brand new models from customers who have gone out of business and resells them at higher prices for a profit.

“I’m not interested in who will win the presidency,” he says. “What worries me today is making a living. After the trade war, significantly more Chinese use it [Chinese-made] Huawei phones. In the past I have made around RMB1000 [$210] from each iPhone but now only a few hundred. ”

The expressions of the opportunistic buyer are at the center of the economic decoupling that is making China produce and consume more at home as international tensions mount. The narrative has adapted to an increasingly nationalist Chinese Communist Party, which now sees its “internal circulation” model as a critical part of its mission to accomplish the “great rejuvenation of the Chinese nation.”

This nationalism also poses a more pressing existential threat that could determine the next US president’s term in office. Taiwan.

China has been pumping out propaganda videos since early October. Some simulate military invasions in Taiwan; others post forced confessions from jailed Taiwanese spies on national television.

Natasha Kassam, a research fellow at the Lowy Institute, says Beijing has stepped up its propaganda and military exercises to “deal a psychological blow to the Taiwanese people.”

“China is increasing the pressure to heighten the sense of inevitability about Taiwan’s future,” she says.

This week, the 70th anniversary of the Korean War, known in China as the war on US aggression and aid to Korea in China, was a spectacle of Beijing’s intentions. “You have smashed the myth that the American military is invincible,” President Xi Jinping said in a speech on Friday in the Great Hall of the People in Beijing to the best of the military and war veterans.

China will “never allow a force to separate our holy land,” said Xi, and those who “dare to cause trouble will face the consequences.”

“If something like this happens, the Chinese people will take up the challenge right away,” he said.

Victor Gao, director of the China National Association of International Studies, told Chinese state media on Friday that Xi’s speech was the strongest confirmation of the war that he had seen from a Chinese leader.

“It brought it back to today’s world. This is a great warning to those countries who believe that they can take to the international stage to crush other countries. China will not give in to such pressure. ”

The U.S. State Department on Thursday approved the sale to Taiwan of $ 1.8 billion worth of weapons systems, including missiles and artillery, designed to prevent a Chinese invasion. China has carried out 49 military aircraft sorties across the center line of the Taiwan Strait this year.

In a report for the non-partisan Center for Strategic and International Studies in Washington, analysts Bonnie Glaser, Michael Green and Richard Bush said Taiwan was “one of the few problems that could spark great power conflict.”

The report, which was partially funded by the Taiwan Foreign Ministry, found that if China were to neutralize or occupy Taiwan, Japan would be flanked and its sea routes would be jeopardized.

“A successful Chinese coercion against Taiwan would also destroy trust in US security guarantees and the credibility of the hub-and-spokes network of US alliances in the region that has maintained the Pacific as a barrier against threats to the United States for seven decades himself, “said the center.

It’s about a lot. Both Trump and Biden recognize it as an impending threat. Biden posted an opinion piece in a Chinese-language newspaper on Wednesday to make it clear that he would deepen US relations with Taiwan. 19 “.

Is Taiwan the site of the Thucydides trap? The ancient Greek historian and general argued that the Peloponnesian War between Athens and Sparta was inevitable because the rising power would try to oust the ruling power.

The showdown has been a stereotype in US-China relations for nearly a decade. The next US president may have to grapple with the answer.

Our weekly newsletter provides US correspondent Matthew Knott with an expert analysis of the race for the White House. Sign up for The morning in Sydney Herold‘s newsletter here, Ageis here, Brisbane Times, here and todayis here.

These were the details of the news China takes advantage of the campaign chaos as Donald Trump and... for this day. We hope that we have succeeded by giving you the full details and information. To follow all our news, you can subscribe to the alerts system or to one of our different systems to provide you with all that is new.