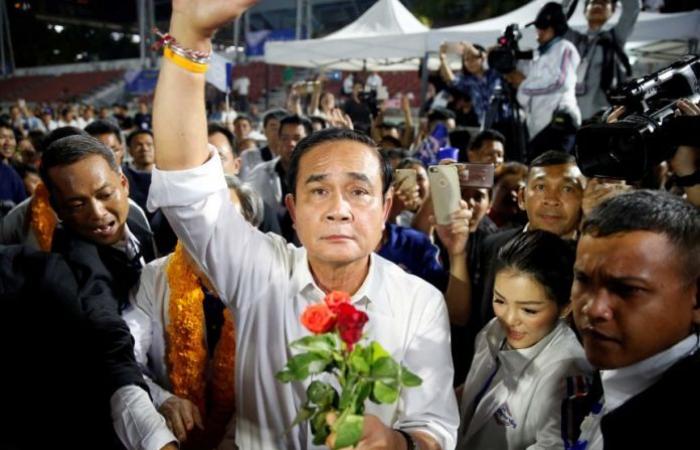 Thai King Maha Vajiralongkorn’s praise for a “very brave” man who held up a royal portrait at a rally against the establishment has earned him recognition from monarchists but despised by protesters in a nation that has seen three months of protests.

The king has made no public comments on the protests aimed at the resignation of the prime minister and increasingly directed against royal powers.

But on Friday, when he greeted thousands of people who had come to the Grand Palace to express their devotion, he praised a man whom Queen Suthida had introduced as the person who had a picture of his late father, King, in a protest last week Bhumibol Adulyadej, put up.

The man, Thitiwat Tanagaroon, told Reuters he waited between 2:00 p.m. and 9:00 p.m. to see the king, which was the high point of his life.

“The king tapped my shoulder very hard with his hand as he said thank you … I’ll put the shirt I was wearing in a frame,” restaurant manager Thitiwat, 49, said over the phone.

The incident met with a great response across Thailand.

Royalists said it showed the monarchy’s closeness to the people, but protesters said the king’s comment clarified his opposition to them.

“Very brave, very brave, very good for such a clear expression,” commented sarcastically one protest leader, Tattep Ruangprapaikitseree, who has stressed the need for royal reform less than others.

“The king was not above political problems, he is always at the center of the problem,” commented another protest leader, Piyarat Chongthep.

The royal palace and the government spokesman declined to comment.

Protesters are calling for the removal of Prime Minister Prayuth Chan-ocha, a former junta leader whom they accuse of holding elections last year in order to keep power. He denies the charge.

The protests are also aimed at changing the constitution and reducing the powers of the monarchy, which they believe has helped enable decades of military rule.

According to the Thai constitution, the monarchy is enthroned “in a position of venerated worship”, but in principle it is not involved in politics, a point the king emphasized in last year’s elections.

James Buchanan, a lecturer at Mahidol University International College in Bangkok, said the king’s comments were his clearest intervention to date in the crisis in Thailand.

“I interpret it as a signal that the king recognizes the challenge of his authority through the protests, but will not back down,” he said.

These were the details of the news Thailand protesters say King’s praise for loyalist shows shows that he... for this day. We hope that we have succeeded by giving you the full details and information. To follow all our news, you can subscribe to the alerts system or to one of our different systems to provide you with all that is new.