The blue dollar on its way to $ 200 paralyzes activity... 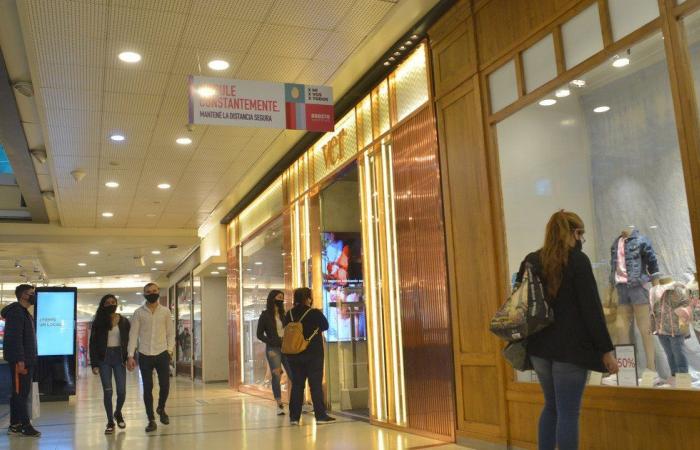 With the blue dollar already flirting with the $ 200 and the exchange gap of 150%, the informal market insists on contradicting the official discourse that indicates that parallel prices do not impact the real economy.

“You close a sale, you tell the customer thank you for the purchase and when you are delivering the product you don’t want to give it up. you do not know if you are winning money or losing, or at what level of the dollar are you going to have to pay the replacement, “sums up an importer of high-end leather goods.

Among the cocktail of homeopathic measures with which the Government tries to control the gap are the restrictions of the Central Bank that force to request permission to access the exchange market from US $ 50,000. This increased uncertainty, since importers have no certainty that they will be able to operate at the official dollar while they see how the rise of the blue is fed back with that of the cash with liquid.

The consequence of this is that “there are no prices”, as recorded in the market. And without prices, there are no sales.

“The hardware store summer ended a little over a month ago“he told Clarion Sergio Angiulli, president of CAFARA, the chamber that groups the sector. As essential shops, hardware stores were open since the beginning of the quarantine. And with people in their homes, between April and August, sales in quantities of these stores increased 20%. Angiulli, owner of a business in Rosario, said that now the situation is different. “Today sales are more resentful, the economic situation has changed a lot. To this is added that there are many shortages and large increases, both in imported and domestic products.”

“There are importers who tell us that they cannot get dollars, that they have to deal with another type of exchange that is not the official one. And even those with access to the officer also remarked. The lowest increases in the last two months are 10%. And they also shortened the payment terms. Before they offered 90 or 120 days, today you practically have to make advance payments, “he explained.

Apart from that shortage, Angiulli cannot find an explanation for them. “There is a shortage of bricks despite the fact that they are produced 20 kilometers from Rosario. There are no wires either; we get that merchandise dropper. The distributors say that the manufacturers do not deliver to them and these say the same of the suppliers of inputs “.

“It is also true that there are products that are missing because in the factories there are personnel who cannot work because of the Covid. We have lock manufacturers from Greater Buenos Aires that They are giving us a delivery date for February“, he counted.

Rubén Jara Ibaceta is the founder of Fan, a company specialized in the sale of premium used cars with concessionaires in Pilar and Nordelta. They market brands such as Audi, Alfa Romeo, BMW, Mercedes-Benz, Porsche and Land Rover. “With the importation of high-end cars restricted so that the dollars do not go away, the used ones of up to three years, which are what we offer, gained a lot of ground,” he explained. “But today with the dollar moving minute by minute, the situation is one of uncertainty. To carry out the operations it is necessary for the dollar to stay quiet. ”

“Before there were good sales, even when there was already a rise in the dollar, but what is now is a stampedeYou don’t know where it’s going to end, “said Jara.

Anyway, Jara is optimistic. “There are people who have been waiting for months to change the car. When the dollar stays still, whoever has the tickets will be able to see the opportunities that exist.”

Uncertainty is also felt in day-to-day shopping. From one of the main supermarket chains in the country they recognized that “the shortage situation is complex, especially in basic categories. It has not so much to do with the dollar but with the freezing of maximum prices. The supplier prefers to sell to the traditional channel because there are fewer controls there and then it can sell more expensively, “they said.

Regarding the spiral of the blue dollar, they pointed out that “in the medium term there will be some impact on the inputs. For example, in the laminates used for packaging or in cleaning and perfumery products that have chemical components. “

“The Government is running out of reserves and due to a multiplicity of factors, including social, refuses to devalue“said Walter Morales, president of the Wise consultancy.” But the truth is that the social factor is also affected because today there are companies that are not delivering goods. They do not want to sell the stock at $ 80 or $ 90 because they do not know in 15 days what the value of that stock will be. The uncertainty then leads to a productive paralysis“.

A work by Consultatio shows that in Argentine history “gaps above 90% usually last less than two months and are followed by devaluations of 25%“But if the period from January 1971 to November 1975 is included,” gaps above 90% can be maintained for much longer (seven months), but at a very high price: larger devaluations, such as the Rodrigazo “.

These were the details of the news The blue dollar on its way to $ 200 paralyzes activity... for this day. We hope that we have succeeded by giving you the full details and information. To follow all our news, you can subscribe to the alerts system or to one of our different systems to provide you with all that is new.