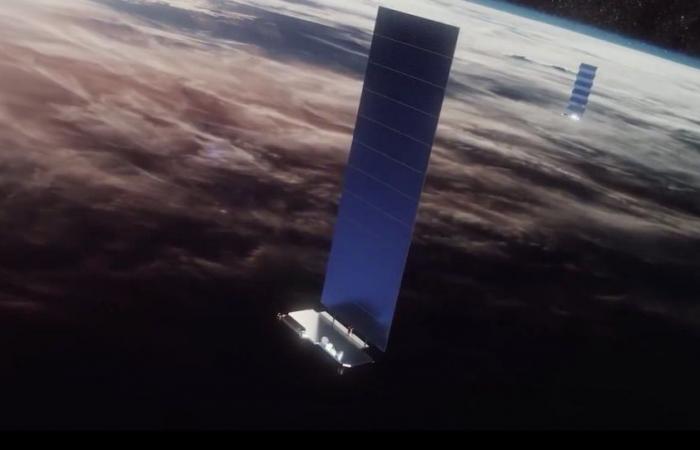 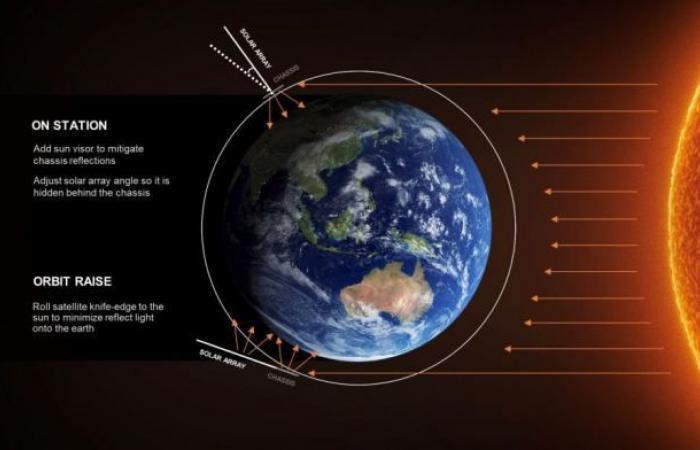 SpaceX has drawn a lot of praise and criticism with the creation of Starlink, a constellation that will one day offer broadband internet access to the whole world. To date, the company has launched over 800 satellites and is producing them (starting this summer) at a rate of around 120 per month. There are even plans to have a constellation of 42,000 satellites in orbit before the decade is over.

However, there were some problems along the way as well. Aside from the common concerns about light pollution and radio frequency interference (RFI), there is also the failure rate of these satellites. In particular, about 3% of satellites have been found to be unresponsive and are no longer maneuvering in orbit – which could prove dangerous to other satellites and spacecraft in orbit.

To prevent collisions in orbit, SpaceX equips its satellites with Krypton Hall Effect thrusters (ion motors) to increase their orbits, maneuver in space and deorb at the end of their lives. However, according to two recent notices from SpaceX to the Federal Communications Commission (FCC) in the summer (mid-May and late June), some of its satellites have lost their maneuverability since they were deployed.

Unfortunately, the company did not provide enough information to indicate which of its satellites were affected. For this reason, astrophysicist Jonathan McDowell of the Harvard-Smithsonian Center for Astrophysics (CfA) and the Chandra X-ray Center presented his own analysis of the orbital behavior of the satellites to determine which satellites had failed.

The analysis was published on McDowell’s website (Jonathons Space Report), where he combined SpaceX’s own data with US government sources. From this he found that about 3% of the satellites in the constellation have failed because they no longer respond to commands. Of course, some abrasion is inevitable and 3% is relatively low in terms of failure rates.

However, any satellite that is not maneuverable due to communication problems or propulsion systems poses a collision risk for other satellites and spacecraft. As McDowell told Business Insider:

“I would say their failure rate isn’t outrageous. It’s no worse than the failure rates of others. The concern is that even a normal failure rate in such a large constellation will result in a lot of bad space debris. “

SpaceX started deploying its Starlink Constellation on May 23, 2019 with the launch of its first batch of 60 satellites. Their last launch was today (Saturday, October 24th), effectively increasing their constellation to 835. A failure rate of 3% therefore means that around 25 satellites fail and become part of the growing problem of “space debris”.

Kessler syndrome, named after NASA scientist Donald J. Kessler who first proposed it in 1978, refers to the threat posed by collisions in orbit. These lead to catastrophic breakdowns that create more dirt and lead to further collisions and breakdowns etc. Of course, given SpaceX’s failure rates and long-term plans for a “mega-constellation,” this syndrome shows its ugly head.

Not that long ago, SpaceX received Federal Communications Commission (FCC) approval to provide approximately 12,000 Starlink Satellites to orbits from 328 km to 580 km. However, recent filings with the International Telecommunications Union (ITU) indicate that the company hopes to create a mega-constellation of up to 42,000 satellites.

In this case, the failure rate is 3% for 360 or 1,260 250 kg (550 lbs) satellites that will no longer function over time. According to ESA’s Space Debris Office (SDO), there are currently 5,500 satellites in orbit in February 2020, of which around 2,300 are still in operation. That means (using bare math) that a full Starlink The mega-constellation would increase the number of non-functioning satellites in orbit by 11% to 40%.

SpaceX has of course emphasized that the risk of collision is very low. In their filings with the FCC in April 2017, SpaceX addressed the possibility of collision risk, assuming that “satellite failures occur that result in 10, 5 and 1 percent collision avoidance procedures not being performed.” In response, the company said that given the following specifications and guidelines, even a 1% risk was unlikely:

Lastly, SpaceX emphasized that it is running simulations backed up with information from the USAF’s Joint Space Operations Center (JSpOC) and the NASA Orbital Debris Engineering Model. The result was that with a satellite failure rate of 1% and no corrective maneuvers “there is approximately a 1% probability per decade that a failed SpaceX satellite will collide with a piece of tracked debris”.

There’s also the likely scenario in which Starlink Of course, satellites will desorb if their propulsion systems fail and they are unable to raise their orbit or apply corrective thrust. But even with their lower orbits compared to other telecommunications satellites, this process will take another 1 to 5 years. Ultimately, there are no guarantees, just vigilance and readiness.

In the meantime, Musk announced

Once these satellites reach their target position, we will be able to roll out a fairly wide public beta in northern US & hopefully southern Canada. Other countries to follow as soon as we receive regulatory approval.

the one with the latest batch of released their satellites in orbit, Starlink plans to launch a beta test of its internet service. “Once these satellites are in their target position, we can launch a fairly broad public beta in the northern US and hopefully southern Canada. Other countries will follow as soon as we get regulatory approval, ”he tweeted.

These were the details of the news About 3% of the starlinks have failed so far for this day. We hope that we have succeeded by giving you the full details and information. To follow all our news, you can subscribe to the alerts system or to one of our different systems to provide you with all that is new.