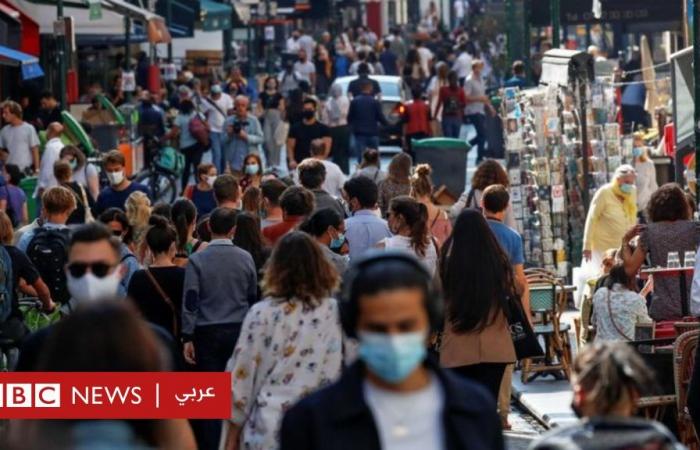 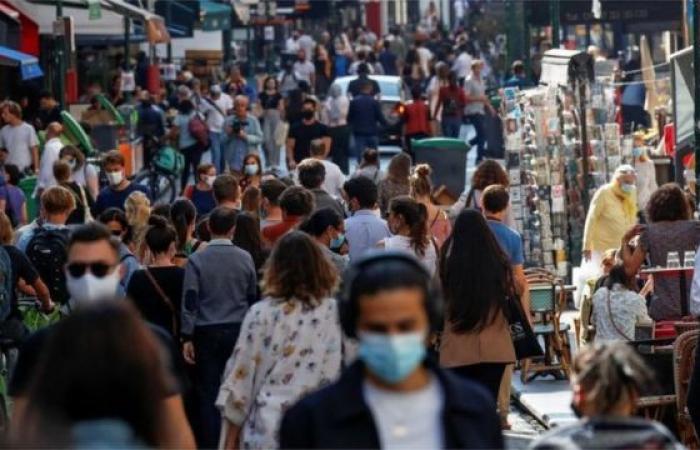 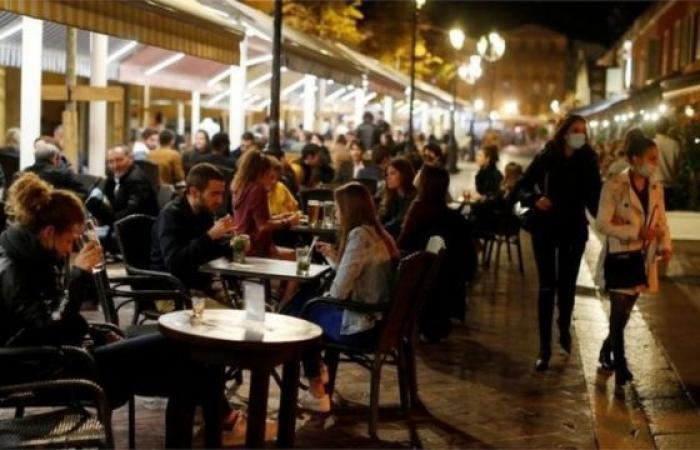 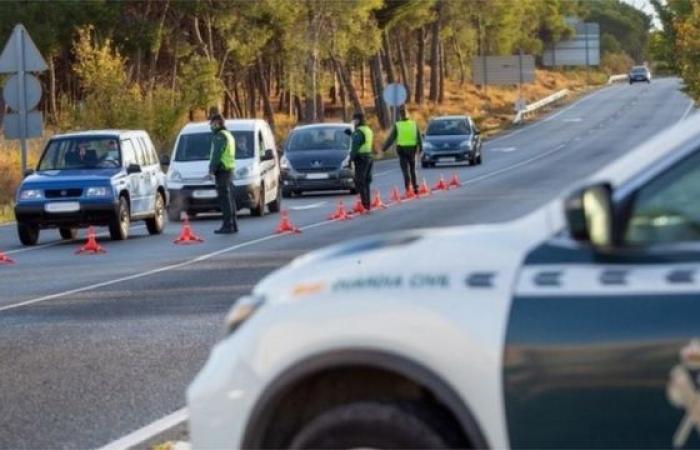 French President Emmanuel Macron said that his country will continue to fight the emerging corona virus, until at least the middle of next year 2021, with infections in France exceeding a million cases.

On Friday, France recorded more than 40,000 new infections and 298 deaths. Other countries, such as Russia, Poland, Italy and Switzerland, witnessed new spikes in infections.

The World Health Organization said the rise in infections in Europe marked a crucial moment in the fight against the virus.

And it called for quick measures to be taken to prevent the attrition of health institutions and services.

Daily infections have doubled in Europe in the past ten days. The total number of injuries on the continent is currently 7.8 million and about 247,000 deaths.

“The next few months will be very difficult and some countries are on a dangerous path,” WHO chief Tedros Adhanom Ghebreyesus told reporters.

Globally, infections with the new Corona virus have reached more than 42 million cases, and about 1.1 million deaths.

And scientists warned that life will not return to normal in the world by next spring as expected, despite the unprecedented rapid progress in the production of a vaccine. They predicted that the vaccine could take up to a year to be rolled out for use.

What happens in France?

French President Emmanuel Macron said, during his visit to a hospital in Paris, that scientists told him that they believed that the virus would exist “until next summer at best.”

But he said it was too early to know whether France would go into a new full or partial lockdown.

The night curfew in France was extended to cover about two-thirds of the country, reaching 46 million people, starting on Friday night and for a period of six weeks.

Macron explained that the curfew could be eased when new infections fell again to between 3,000 and 5,000 cases per day, the level it was at the end of August.

But the head of a hospital group in the capital, Paris, warned that the second wave of infections could be worse than the first.

“There has been a perception in recent months that there will be no second wave or that it will be a small wave. But the current situation is the opposite,” Martin Hirsch, president of AP-HP Hospitals Group, told local media.

Hirsch confirmed that many critical cases in his hospital intensive care are for the elderly, who were isolating themselves but were infected when their children visited them.

He added: “There are many people infected with the virus and walking in the streets without knowing anything about their infection and without anyone knowing it.”

French Prime Minister Jean Castex said that it is likely that more patients will flow into hospitals, adding: “The new infected today will become hospital patients tomorrow. November will be difficult.”

Spain became the first country in the European Union to record a million cases earlier this week, but on Friday Prime Minister Pedro Sanchez said the “real number” of cases may have been more than three million.

Sanchez urged the Spanish people to show “determination, social discipline and the necessary union,” but he did not announce any new measures to combat the spread of the virus.

While the Minister of Health and some regional governments called on the Prime Minister to impose a curfew throughout the night, but other regional administrations were hesitant, fearing the economic repercussions.

But the prime minister, whose Socialist Party does not have a majority in parliament, says the nationwide curfew will require a new state of emergency, and he wants the approval of all regional governments before taking this step.

The partial lockdown imposed for two weeks in the capital, Madrid, which city officials have resisted, is due to end on Saturday and families will be prevented from meeting in closed spaces between midnight and 6 in the morning.

The bars will operate at only half capacity and receive 50 percent of their customers.

However, Sanchez said the current situation was not comparable to that of March, when the central government imposed a strict lockdown. The average lifespan of the injured also decreased.

Theput In the rest of Europe

Poland: President Andrzej Duda, 48, has tested positive for the Corona virus, but he feels he is in good health. The country has entered a nationwide “red zone” phase, which includes partial closures of primary schools and restaurants.

Italy: Hundreds of people protested against coronavirus restrictions in the southern city of Naples, and some threw smoke bombs and grenades at police. A curfew has been imposed overnight in the Campania region to cope with the escalation of infections. The regional president called for an internal lockdown.

Switzerland: It recorded a daily record of 6,600 new infections. The nationwide restrictions are expected to be tightened next week, but the measures are not expected to include school closures.

Russia: The new cases reached 17,340 injuries during the past 24 hours, a new daily record.

The Czech Republic: Czech Prime Minister Andrej Babis called on Health Minister Roman Primula to resign after a popular newspaper published photos of him walking out without a mask from a restaurant that was supposed to be closed late at night.

Germany: The transmission rate is increasing, with 11,424 new cases recorded per day, according to the country’s public health authority and the Robert Koch Institute.

The Netherlands: It started to transfer patients to Germany as its hospitals were under great pressure.

Portugal: Imposes lockdown on three northern provinces, affecting 150,000 people, and will impose restrictions on movement across the country for the coming weekend.

Greece: A night curfew will be imposed in Athens and other regions, which will take effect from Saturday.

These were the details of the news Emmanuel Macron: The Corona virus will continue to exist until “at... for this day. We hope that we have succeeded by giving you the full details and information. To follow all our news, you can subscribe to the alerts system or to one of our different systems to provide you with all that is new.