This is how Corona affects the winter season in the mountains 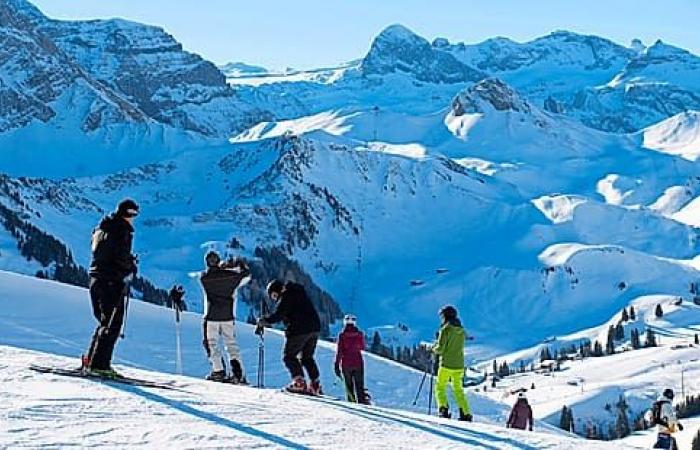 The Matterhorn – the symbol of Switzerland – towers carefree over the Valais. At his feet, however, Corona has taken over the scepter.

In Switzerland, the canton has the highest number of infections in terms of population: 679 positive test results on Friday alone. On Wednesday, the State Council tightened the corona measures.

In Zermatt VS it’s low season right now. Pedestrians stroll through the streets, typical Zermatt electric taxis whir past the Julen Hotel. Its owner, Paul-Marc Julen (39), gives food for thought by the epidemiological situation in the canton: “The second wave came much more intensely and faster than we thought,” says the hotelier, who runs three restaurants in Zermatt with his family . The increasing number of cases, says Julen, unsettled his guests. But so far only a few cancellations have been received. “This weekend we have an occupancy rate of almost 100 percent,” said the hotelier – thanks to very short-term bookings from Swiss guests.

“The Council of State made the right decision by tightening the measures,” says Julen. They are tough and strict, but increase the chances of “getting the second wave under control and saving the start of the winter season”.

According to Damian Constantin (53), Director of Wallis Promotion, this is essential for the economy of the entire canton. Every fifth job depends directly or indirectly on the tourism industry.

Similar sounds come from Graubünden. Here, too, tourism is an important source of income. Although the canton reports fewer infections than the Valais, Martin Vincenz (57), CEO of Graubünden Ferien, is concerned: “The past few weeks have shown how quickly the situation in a region can change. It can hit anyone at any time! “

Most of the hotels expect a decline in overnight stays in the coming winter. The first cancellations are already arriving, especially from abroad: On Thursday, all of Switzerland in Germany was declared a risk area. With the quarantine requirement, the second most important market, alongside guests from their own country, is no longer available. “We do not expect Swiss tourists to be able to compensate for foreign guests,” says Vincenz. “And with every further restriction, the prognosis worsens.”

So is the winter season on the brink?

Jürg Stettler (55) heads the Institute for Tourism Economics at the Lucerne University of Applied Sciences. He doesn’t want to throw the ski poles in the grain yet: “The situation is more precarious than a few weeks ago, but nothing is lost yet.” Nevertheless, the current situation could have a negative impact on the winter season. “Because the increase in the number of cases changes booking behavior. It is now being booked at even shorter notice. ” That means: The weather and snow conditions will play an even more important role in winter than before.

After all, the Swiss should spend the white season in their own country again – just like the summer. And that is what the ski areas are banking on, as a survey by SonntagsBlick shows in twelve of the largest ski areas. The high number of cases worries the tourists, but they have not lost their optimism. Without exception, the ski areas want to pull through the winter season. Some have already increased the safety precautions: In Valais, for example, a mask is required when queuing at the chair lifts.

The ski areas are based on the fact that the number of cases in Germany and abroad will stabilize again in eight weeks by the start of the main season.

But is that even realistic? According to Manuel Battegay, it is too early to make a forecast. Ultimately, it is partly up to the Swiss whether they can spend their holidays in the Swiss mountains – a lot depends on how closely they stick to the measures to contain the pandemic. The infectious disease specialist at the University Hospital Basel: “We have to act immediately and over the next four to six weeks see how well they work and are implemented by society as a whole,” says Battegay.

Ski areas, industry associations and tourism experts agree: A lockdown like in spring should be avoided. Only a so-called “circuit breaker”, a two-week short lockdown, does not meet with rejection from all actors – provided it takes place in November. Many seasonal operations and mountain railways are then still closed. Berno Stoffel, Director of Seilbahnen Schweiz, says: “If this could save the rest of the winter season, that would be a small price we would have to pay.”

A second lockdown at any other time would be devastating, especially over the holidays or in February.

All previous investments in the cold season were lost. And many companies would probably not survive this economically.

Although the start of the winter season still seems a long way off, a race against time is already starting today.

These were the details of the news This is how Corona affects the winter season in the mountains for this day. We hope that we have succeeded by giving you the full details and information. To follow all our news, you can subscribe to the alerts system or to one of our different systems to provide you with all that is new.