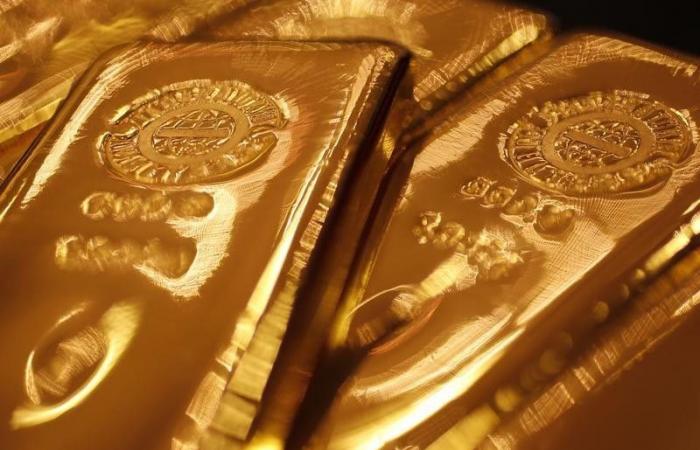 Investing.com – Since August, the has been in a downward consolidation, starting from a new record high of $ 2,081 below the former all-time high of $ 1,911 and at the top the central support in the form of the 100-day line at $ 1,852 reached. However, there began a stronger upward movement, which led the gold price back above the psychologically significant mark of 1,900 dollars.

The first two attempts to break out of resistance from a downtrend line and the 50-day line at $ 1,935 had failed. But so far the gold bulls have always managed to defend the smoothing of the last 100 days (currently at 1,896 dollars), which has served as a guide for the precious metal since the end of September. Below this mark, the correction would likely continue towards $ 1,877 and then $ 1,852. It only becomes dangerous for the bulls at prices below $ 1,835.

If the above-mentioned key short-term level ($ 1,896) is defended, however, a return to the resistance at $ 1,935 would be expected, which in the event of a breakout could serve as a catalyst for a rally to $ 1,985. At this point, a consolidation could start again before gold then breaks up in the coming year, provided that the fundamental conditions do not fundamentally change.

The still promising overall technical starting position of gold is underpinned by an analysis by the US investment bank Goldman Sachs (NYSE :), which continues to see the precious metals market in a “structural bull market”. The reason for this is not new: the expansive fiscal and monetary policy in the developed economies will continue to drive real interest rates (NYSE ???? down in the future and demand for gold as a hedge against extreme risks – tail risk – will rise sharply Inflation.

Factors such as the recovering retail demand for gold in the emerging markets, a strengthening of their currencies and a normalization of economic activity also allow the precious metal to continue to shine as an attractive asset, according to the Goldman Sachs note.

“In our opinion, at this stage of the business cycle, gold serves primarily as a hedge against the dollar’s loss of purchasing power and as a hedge against pullbacks in an equity portfolio,” wrote the commodity experts at Goldman Sachs.

This year it had fallen to its lowest level since May 2018, but has stabilized somewhat in the last two and a half months. The greenback was primarily burdened by the Federal Reserve’s loose monetary policy, which with the introduction of Average Inflation Targeting (AIT) is expected to keep interest rates close to zero at least until 2023. Together with the gigantic expansion of the money supply, the dollar will probably remain a supporting factor for the gold price for the foreseeable future.

Since gold is traded in dollars, a falling price of the greenback makes the precious metal cheaper for buyers from other currency areas, which creates more demand.

The experts also rate the prospects as positive. The industrial metal, which should benefit from higher investments in the solar industry, especially if Biden wins and China’s sustainability goals are implemented, is expected to be around $ 22 an ounce in 2020 and $ 30 an ounce next year.

Note: This goes to the page with the Commodity futures prices, here for Gold-Chart, here for technical gold overview page and here to the Gold individual contracts. You can find the most important economic events of the day in our Economic calendar.

These were the details of the news Almost $ 400 potential! That’s the reason Investing.com does for this day. We hope that we have succeeded by giving you the full details and information. To follow all our news, you can subscribe to the alerts system or to one of our different systems to provide you with all that is new.