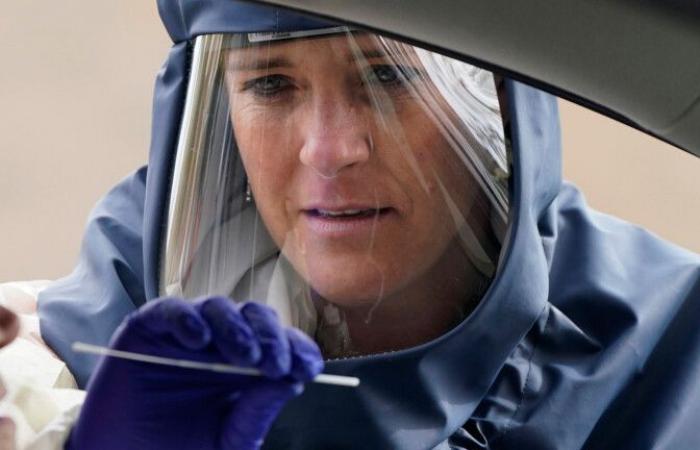 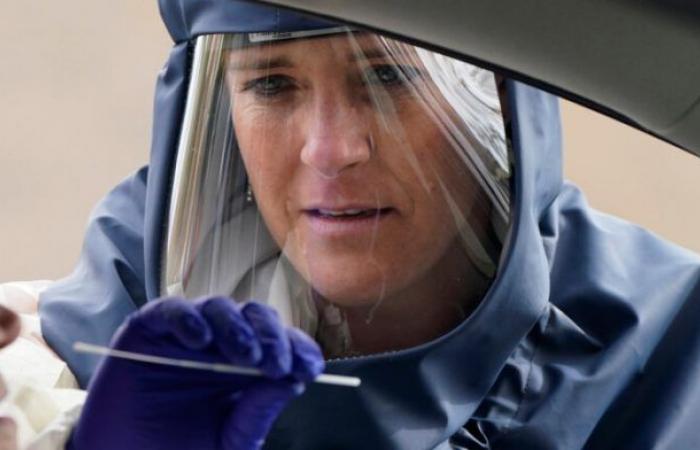 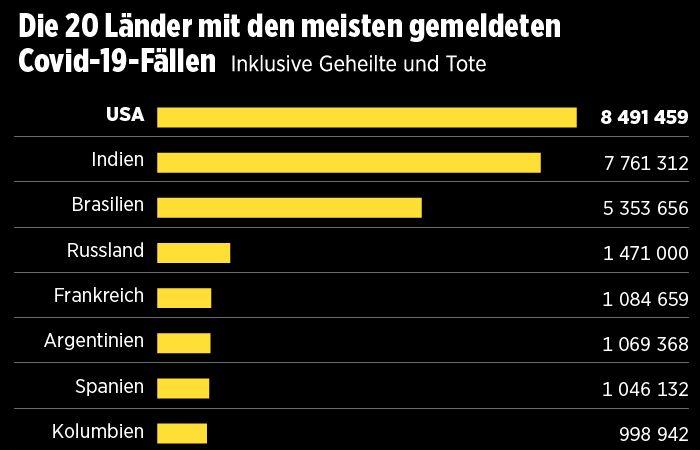 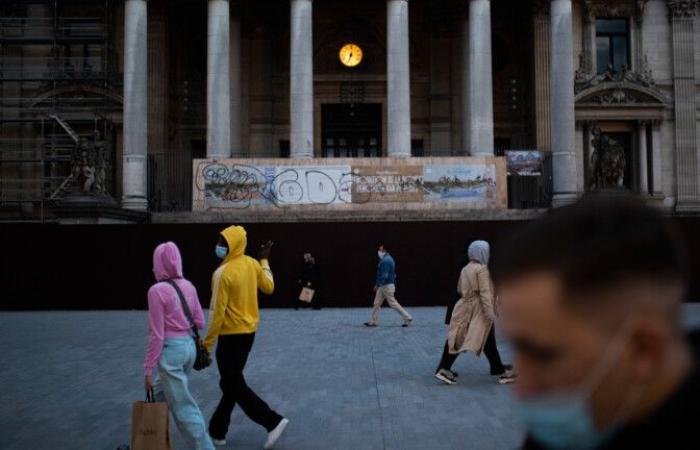 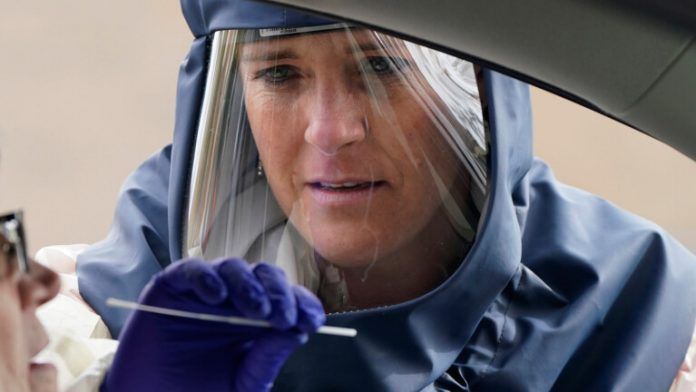 The number of new infections with the coronavirus within one day in the USA has risen to over 80,000 for the first time since the beginning of the pandemic. Johns Hopkins University (JHU) recorded 83,757 new cases on Friday, around 12,000 more than the previous day.

The total number of infections is generally higher than in spring. As in Germany, however, they are only comparable to a limited extent because significantly more tests are now carried out – and thus more infections are discovered.

According to the JHU, almost 8.5 million coronavirus infections have been confirmed in the USA with its around 330 million inhabitants since the beginning of the pandemic. Around 224,000 people have died so far – more than in any other country in the world. 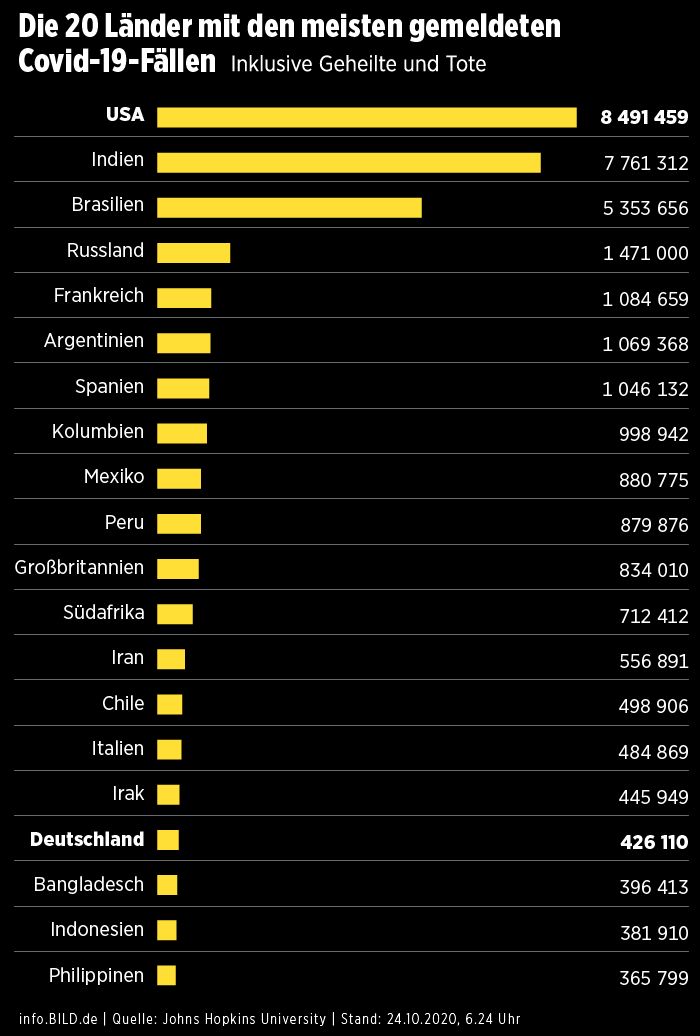 The Johns Hopkins website is regularly updated with incoming data and therefore shows a higher level than the official figures of the World Health Organization (WHO). In some cases, however, the numbers have also been revised downwards.

New record in Belgium too

Belgium reports a new high of 15,432 corona infections within one day. The number was registered for the previous Tuesday (October 20), the Belga news agency reported on Saturday, citing the state health institute Sciensano. The previous daily high was 12,969 (October 18).

According to Belga, the trend is still steeply upwards: On average, Sciensano registered 11,201 new infections in the seven days from October 14 to 20, 56 percent more than the week before. The figures for the days after have not yet been consolidated.

The Belgian government had ordered pubs and restaurants to be closed, a night curfew, strict contact restrictions and a comprehensive home office work order to avoid a complete lockdown for the time being. The regional government of the Brussels capital region wants to discuss further measures on Saturday.

*The article has been translated based on the content of Source link by https://www.bz-berlin.de/welt/rekord-zahlen-an-corona-neuinfektionen-in-den-usa-und-belgien
. If there is any problem regarding the content, copyright, please leave a report below the article. We will try to process as quickly as possible to protect the rights of the author. Thank you very much!

These were the details of the news Record numbers of new corona infections in the USA and Belgium... for this day. We hope that we have succeeded by giving you the full details and information. To follow all our news, you can subscribe to the alerts system or to one of our different systems to provide you with all that is new.