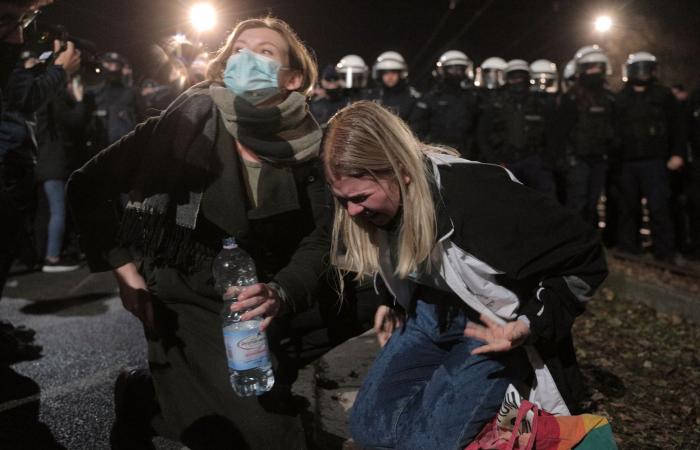 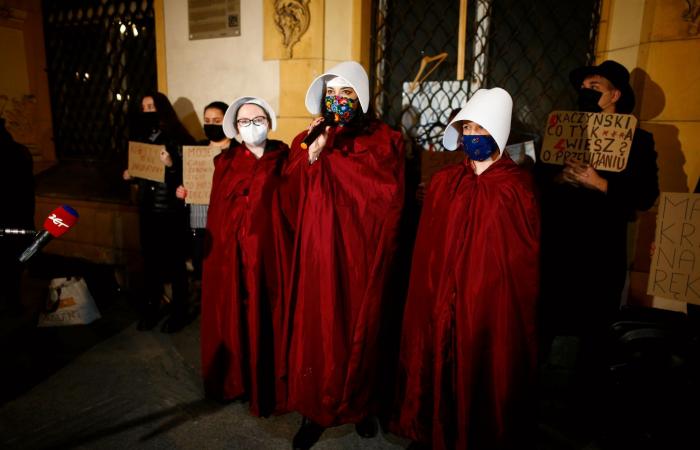 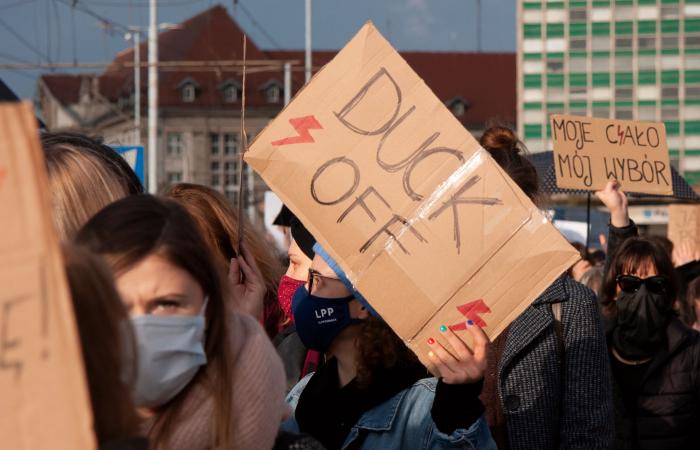 All pregnancies must be completed. Even when the fetus has too much damage to live, the women must give birth to the child.

– From now on, Polish women live in hell. They are doomed to torture, suffering and pain, Barbara Nowacka reported

The opposition politician reacted to a recent ruling by the Constitutional Court. Abortion has in practice been banned in Poland.

Even though the fetus is so damaged that the baby dies immediately after birth, women must now carry the baby.

An example cited in the debate is when the fetus lacks half the skull.

– Poland follows in the footsteps of human rights giants such as El Salvador, Nicaragua and the Vatican, writes a commentator in the largest Polish newspaper Gazeta Wyborcza.

“All children have the right to life”

In practice, abortion is now completely illegal in Poland, although formally there are still two exceptions. If the pregnancy is due to rape or if the mother’s health is in danger, you can apply.

But the processing of applications often takes months. Thus, the answer ultimately lends itself.

To date, just over 1,000 legal abortions have been performed in Poland annually. Of these, 98 percent have been due to deformed fetuses.

Polish President Andzrej Duda is pleased with the verdict.

– Abortion for eugenic reasons should not be legal. I believe that all children have the right to life, he said.

The opposition and women activists express anger and despair on social media. They have mobilized for gigantic demonstrations in several rounds to prevent an abortion ban.

Now the pandemic makes mass mobilization impossible. Many believe that this is precisely why this case is being pursued now. It was debated in parliament in April. Even then, the pandemic made protests impossible.

A few hundred gathered Friday night in front of the residence of the powerful Deputy Prime Minister Jaroslaw Kaczynski. He leads the government party Law and Justice Party (PiS).

They were met with a wall of police, pepper spray and tear gas.

Wants everyone to be baptized and buried

Kaczynski said in an interview in 2016 that he would make sure that even “severely difficult pregnancies in which the child is doomed and severely deformed” will end in birth. Then the child can be baptized, buried and given a name ».

PiS came to power in 2015. Since then, they have, among other things, implemented reforms of the judicial system. These reforms have received much criticism, also from Norway. Among other things, they give the government political control over the courts.

A majority of the judges in the Constitutional Court have been appointed by PiS. The head of the court, Julia Przylebska, is a close friend of Kaczynski. Only two of the judges voted against yesterday’s verdict.

– Puts life and health at risk

– Today’s verdict endangers the health and lives of Polish women, says Leah Hoctor from the Center for Reproductive Rights.

“The verdict is the result of a coordinated wave of attacks on women’s human rights by Polish lawmakers,” said Esther Major of Amnesty International.

Poland’s justice minister has threatened to withdraw the country from the Istanbul Convention. The purpose of the convention is to protect women from violence.

On Thursday 22 October, the Constitutional Court declared that the abortion law in Poland is contrary to the constitution.

The law dates from 1993. In Poland it is known as the “abortion compromise”. During communism until 1989, abortion was allowed. In the new democratic Poland, the Catholic Church wanted a total ban.

A compromise was negotiated with a few exceptions. If the pregnancy is due to rape / incest, if the mother’s health is in danger or if the fetus is injured.

The last exception was overturned by the Constitutional Court.

Damage to the fetus has so far been the reason for 98 percent of the more than 1,000 annual legal abortions in Poland.

On Thursday, the United States signed an international anti-abortion declaration. Brazil, Uganda and Saudi Arabia are among the 30 countries that have joined the Geneva Consensus Declaration, writes The Guardian.

In Europe, only Belarus, Hungary and Poland have signed. But here too the pressure increases.

In eight countries, support for free abortion is lower than five years ago, writes Euronews. In any case, over 70 percent of Europeans still believe that abortion should be allowed.

Also in Poland’s neighboring Slovakia, conservatives tried this week to make abortion more difficult. But there the women’s movement cheered. A bill was voted down by a majority of one vote in parliament.

Slovakia is one of the countries where Polish women travel to have an abortion. According to the BBC, 100,000 Polish women seek help abroad every year. The corona pandemic has made this more difficult.

Polish activists circulate contact information to organizations that want to help. Women can get help for a foreign abortion or to get pills the next day.

These were the details of the news From now on, abortion is banned in Poland. Judgment is... for this day. We hope that we have succeeded by giving you the full details and information. To follow all our news, you can subscribe to the alerts system or to one of our different systems to provide you with all that is new.