An important report … the difference between the flu and Corona,... 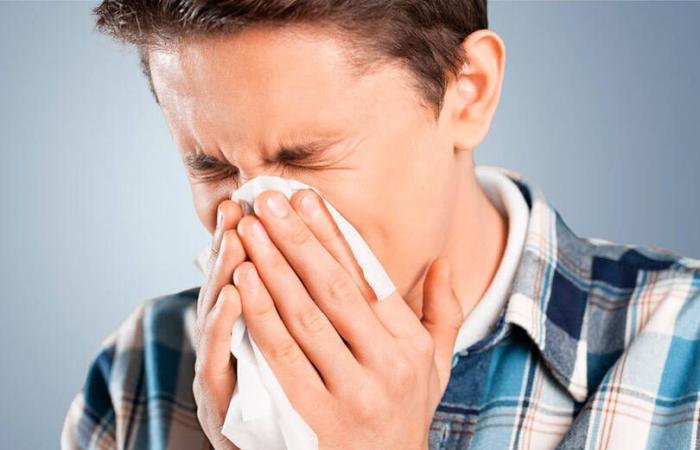 In light of the spread of the Corona virus, which infected tens of millions around the world, there is another danger approaching at the beginning of winter, which is influenza, whose infection rate increases during this period due to the great similarity between the symptoms of the two epidemics, and the presence of a great challenge between their diagnosis.

Amid expectations of an increase in Corona injuries during the winter, many fear the coincidence of the two epidemics, and the Ministry of Health and Population continued its preparations for the possibility of a second wave, and stressed that preventive measures should be fully followed, and the Egyptian state prepared well to avoid causing any confusion to the medical system.

Meanwhile, Dr. Mustafa Madbouly, the Prime Minister, appealed, on Wednesday, to citizens to be careful to adhere to preventive measures against the Corona virus, due to the rise of the infection curve again.

In the following lines, we review the complete guide to dealing with Corona, regular flu and colds, how to protect yourself, and the importance of taking the flu vaccine in order to avoid feeling anxious and nervous when you feel flu symptoms because they are very similar to the coronavirus.

There are steps that must be taken to protect against viruses such as influenza and corona; Including washing the hands frequently and intensively with soap and water for a period of not less than 20 seconds, and use alcohol-based hand sanitizers on your hands in the absence of soap and water.

You should also avoid touching your eyes, nose, or mouth, and avoid crowded places, as well as avoid contact with any patient. She advised that you cover the mouth with a tissue or your elbow when sneezing or coughing, and then wash your hands.

In conjunction with the spread of the Corona virus with the period of the spread of the flu, so you must adhere to social distancing, wear a mask, to protect you from contracting viruses from us that taking the flu vaccine can reduce your risk of exposure to influenza and its complications, and following these precautions can help protect you from influenza and other diseases Respiratory.

How to differentiate between the symptoms of corona, influenza and the common cold?

Influenza activity begins in Egypt this year from the beginning of this month until next April, according to the disease surveillance data in acute respiratory disease programs for previous years.

The Ministry of Health and Population revealed that it had set specific definitions for each of the corona and influenza, especially that they share symptoms in order to facilitate their diagnosis and distinction between them. Treatment protocols have also been updated to keep pace with global developments to prevent any complications with high-risk groups.

Fever is one of the most common symptoms, exceeding the mark of 37.8 degrees, a persistent dry cough, loss of sense of smell and taste, feeling tired and tired, sore throat, headache, shortness of breath, and it is rare to have diarrhea, runny or stuffy nose.

• Clean hands frequently by rubbing them with an alcohol-based disinfectant, or by washing them well with soap and water.

• When coughing and sneezing, be sure to cover the mouth and nose with your folded elbow or a tissue, and dispose of the tissue immediately afterwards and wash your hands.

Avoid approaching people with a fever and cough, and keep a distance of at least 1 meter (3 feet).

• If you have a fever, cough and difficulty breathing, go to medical care early.

As for the flu:

Seasonal influenza is an acute viral infection caused by one of the influenza viruses, which infects from 3 to 5 million infections annually, and leads to the death of about 650 thousand cases annually all over the world due to acute respiratory diseases, according to data from the World Health Organization.

According to the Ministry of Health and Population, influenza affects all age groups, and infection with it leads to complications in patients who have associated risk factors such as children less than two years old, the elderly over 65 years old, and those with chronic diseases such as diseases (chest, heart, diabetes, kidneys, etc.) Immunity) pregnant women, obese.

Symptoms often worsen as the virus progresses, including:

As for the symptoms of a cold or a cold, they include (high temperature, frequent sneezing, nasal congestion, sore throat).

How to treat mild and severe cases of influenza:

Dr. Alaa Eid, head of the Preventive Medicine Sector at the Ministry of Health and Population, specified the procedures to be followed in case of influenza infection.

– When flu-like symptoms are felt (high temperature of 38 degrees or more with a cough within the last ten days) and the simple case and not within high-risk groups, treatment for symptoms is given at home, and measures taken at home are followed, and in simple cases within high-risk groups, it is given Treatment of oseltamivir (Taminil) at home for five days and following measures taken at home.

– In severe cases, any sign of deterioration of the respiratory system (shortness and difficulty breathing, dehydration, signs of shock, or bronchial pneumonia, diagnosed with radiographs or clinically), hospitalization is given and (Tamnil) is given for five days. If the condition does not improve, it is given for 5 days. Other days, a throat and nose swab is taken and sent to examine the influenza in the central laboratories, or to the regional laboratories that examine the flu in the provinces.

Wash hands with soap and water frequently (before eating, after using the toilet, after coughing and sneezing, and after touching surfaces).

Influenza can also be prevented by covering the mouth and nose when coughing and sneezing. It is preferable not to cover the mouth and nose with the palm of the hand when sneezing or coughing. Rather, a tissue should be used, as well as staying home when feeling severe respiratory symptoms.

The importance of the vaccine this year is of great importance, in light of the spread of the Corona virus, as the vaccine is the best way to protect against influenza during the winter period.

How do you get the vaccine?

The Holding Company for Biological Preparations and Vaccines “Vacsera” provided the vaccine for seasonal influenza at the company’s headquarters in Agouza, and its branches in the governorates and Greater Cairo.

The quadruple influenza vaccine, Influvac, is available at Vaxira vaccination centers, and the price of a dose is 170 pounds, not including the vaccination service.

Besides Vaxira centers, vaccines are also available in several pharmacies this year.

What are the target groups who need the influenza vaccine?

Anyone can get the flu, but certain groups are more likely to have severe symptoms. The World Health Organization recommends that priority be given to these groups:

What is the importance of the flu vaccine in the time of the Corona pandemic?

• The vaccine can reduce your risk of exposure to it and its complications.

• It is necessary for the great similarity between the symptoms of corona and influenza.

It may relieve symptoms that may be difficult to distinguish from the symptoms of Corona.

• Greatly reduces the risk of death in children due to influenza infection.

These were the details of the news An important report … the difference between the flu and Corona,... for this day. We hope that we have succeeded by giving you the full details and information. To follow all our news, you can subscribe to the alerts system or to one of our different systems to provide you with all that is new.