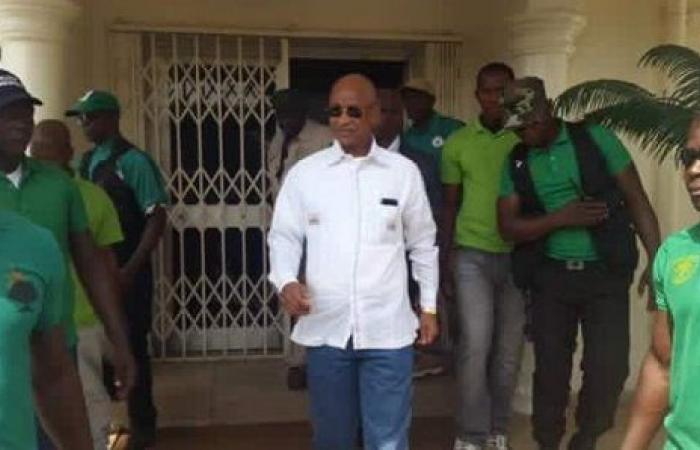 The CENI has just made public the overall provisional results of the presidential election of October 18, 2020.

Unsurprisingly, she validated “without surprise, the massive frauds organized after the election, especially during centralizations and declared Alpha Condé the winner in the first round with 59.43% of the votes cast.

The UFDG and its allies of the National Alliance for Alternation and Democracy (ANAD) categorically reject these false results and call on the populations to mobilize to defend, by all legal means, the truth of the ballot boxes that gives their candidate winner with 53.84%.

The UFDG and its allies, without having any illusions, will seize the Constitutional Court with the irrefutable evidence from the polling stations, that is to say before any manipulation or manufacture of false reports, before and during the centralizations.

That said, the UFDG and its allies will not give up demonstrations in the streets and in public places, to protest against this ongoing electoral hold-up and to demand respect for the results of the ballot box, despite the savage repression that is taking place. ‘cut down on their supporters.

Alpha Condé, after having succeeded, by fraud and violence, in his constitutional coup, is using the same means to impose on the people of Guinea an electoral coup.

To get through his hold-up, since Monday, October 19, he has launched a vast campaign of intimidation and violence against the supporters of the real winner of this election.

It is in this context that President Cellou Dalein Diallo and his family have been, since Tuesday, October 20, kidnapped at his home and deprived of any contact with the outside world. Its offices and the Party headquarters have been vandalized by the army, police and gendarmerie, who have been occupying the premises.

With the support of the army which was requisitioned for this purpose, a blind repression fell indiscriminately on its supporters. The provisional toll of these unheard-of abuses is currently 27 dead, nearly 200 gunshot wounds, hundreds of arrests and extensive material damage.

The UFDG and the ANAD express their solidarity with the victims of these abuses and offer their condolences to all those who have lost loved ones.

The UFDG and the ANAD ask all Guineans to be vigilant to avoid falling into the trap of Alpha Condé who is trying, by all means, to ethnicize the conflict to oppose the communities of our country, in order to ‘take advantage of it as usual.

Indeed, the conflict only opposes Alpha Condé and his clan on the one hand, and on the other hand, the Guinean democrats opposed to electoral fraud and to the tyrant’s third term.

There is no alternative to continuing our struggle. Let us therefore remain mobilized to defend our rights and the truth of the ballot box.

The National Directorate of UFDG”

These were the details of the news Cellou Dalein Diallo’s camp speaks of electoral fraud and calls for... for this day. We hope that we have succeeded by giving you the full details and information. To follow all our news, you can subscribe to the alerts system or to one of our different systems to provide you with all that is new.