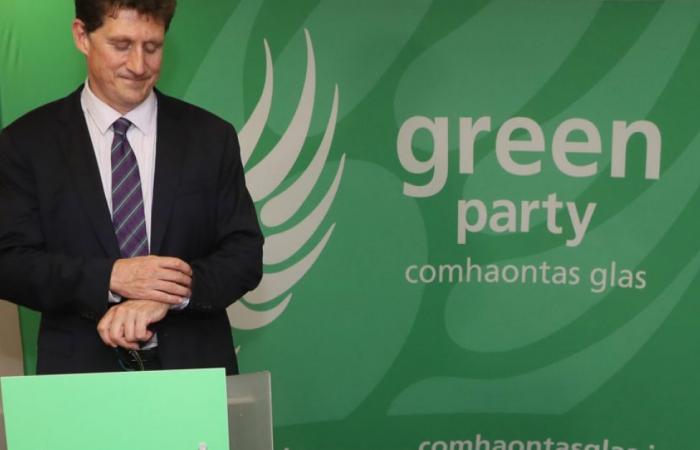 The leaders of the Young Greens and Queer Greens have resigned from their positions and left the party, claiming they were “dismayed” by the party’s government decisions.
In the recent strike against the Greens, Queen Green Chairperson Tiernan Mason and Young Green Chairperson Tara Gilsenan wrote to elected officials explaining the reasons for their resignation.

They claimed to have been “bullied and harassed” by members and elected officials of the party.

They posted the letter on social media and said they had resigned with immediate effect.

“We had hoped we could fight to make a difference and hold the Greens accountable, but in our short time as Chair we have found that our efforts have been in vain and that the concerns we have raised have gone unnoticed.

“To this end, we feel that we can no longer represent these Green constituencies.

“Although we understand the restrictions associated with being the smallest party in a coalition, we were dismayed that our elected representatives consistently vote against party politics outside the restrictions of the government program.”

The couple said they fought against the party that voted for evictions during the Covid-19 pandemic and against the sealing of mother and baby home documents, as well as a “lackluster” climate law.

“We weren’t successful,” they added.

“We have been overlooked, left out, ignored, bullied and harassed by members and elected officials of the party. Since we cannot make a difference, we are stepping back with immediate effect.

“We would suggest to the remaining officials in the party hierarchy that you have to remember who got you where you are – those who voted for people and planets are outraged by your action.”

They signed the letter warning that history will “not be friendly” to the party as it stands.

Earlier this week the Dáil passed a law that would allow a database created by the Commission of Inquiry into Maternity and Baby Homes to be sealed for 30 years.

The Dail passed the bill Thursday night by 78 votes to 67.

The Green has been dealt a number of blows in recent months after deciding to form a coalition with Fianna Fáil and Fine Gael.

High profile party member Saoirse McHugh and a number of others left the company, including the former chairman of Queer Greens, citing the party’s disenchantment over entering government with the two parties.

These were the details of the news Green party affected by further resignations for this day. We hope that we have succeeded by giving you the full details and information. To follow all our news, you can subscribe to the alerts system or to one of our different systems to provide you with all that is new.