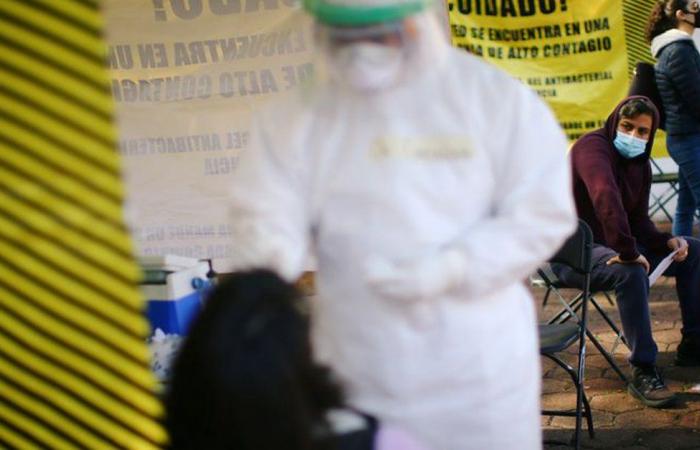 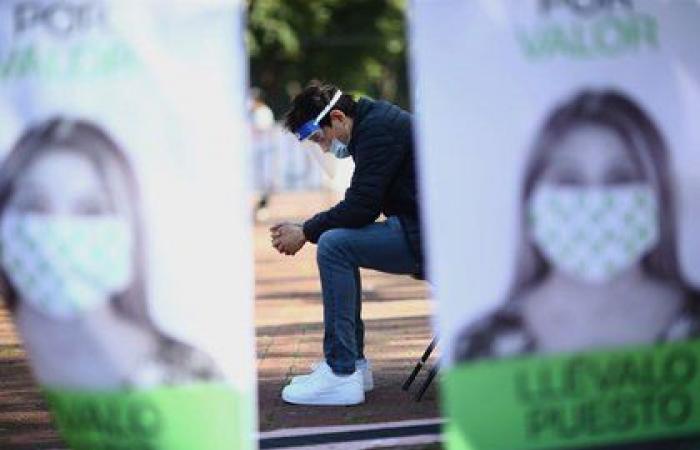 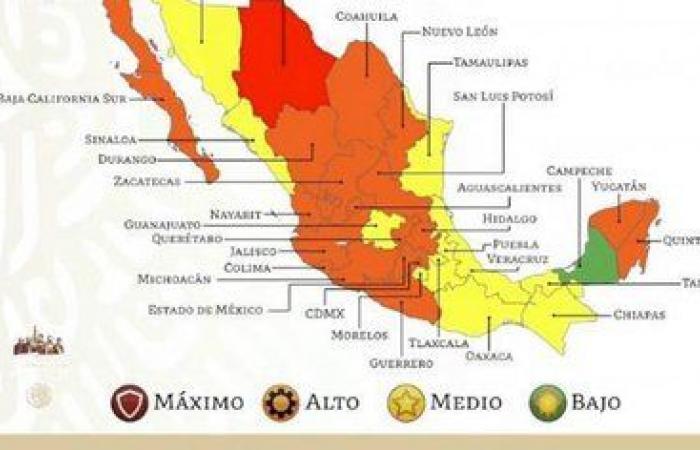 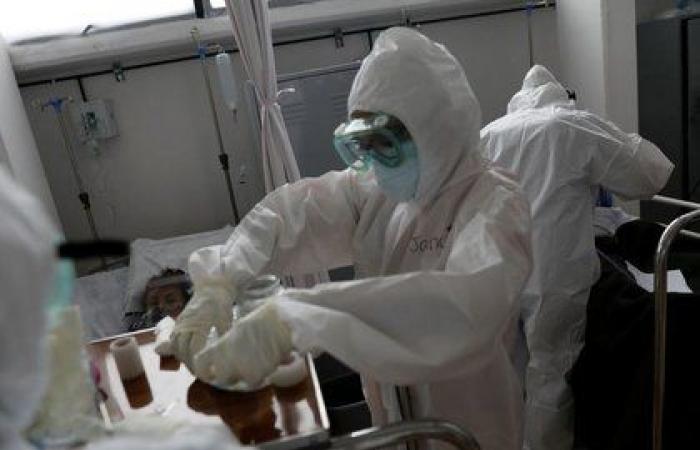 This is how the epidemiological traffic light will be in Mexico from October 26 to November 2 (Photo: REUTERS / Edgard Garrido)

After noticing the first signs of a possible outbreak of COVID-19 in Mexico, the health sector authorities presented the epidemiological health risk traffic light for the week of October 26 to November 2, 2020.

Dr. Ricardo Cortés, director of Health Promotion, explained in a press conference from the National Palace the colors that the states will have, will maintain or have declined, as well as the alarms that have been made visible in some entities and that could put them at risk .

For the following week, the state of Chihuahua, as advanced by its governor Javier Corral, it is the only entity that regressed to “Red”(Maximum risk of contagion), due to the upward trend they have shown in recent weeks.

Conversely, Campeche will continue as the only territory of the republic that remains at least for the next two weeks as the only state in “verde”(Low risk), thus spinning for approximately one consecutive month. 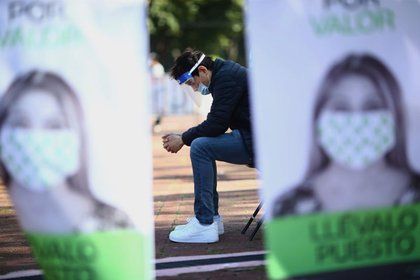 Campeche will remain green, while Chihuahua had to return to red due to the high risk of contagion (Photo: REUTERS / Edgard Garrido)

In “yellow” or moderate risk will be the states of Sonora, Sinaloa, Guanajuato, Morelos, Tlaxcala, Puebla, Tamaulipas, Veracruz, Oaxaca, Chiapas and Tabasco.

However, Cortés also showed that the states of Coahuila, Nuevo León and Durango would be in risk to go back to the red traffic light in the following weeks, for which he exhorted the population of these demarcations to respect and even increase sanitary measures.

He called, finally, to remember mitigation measures as it is the use of face masks in public spaces, the healthy distance, constantly washing or disinfecting our hands, making use of the respiratory tag and, in addition, do not share false news. 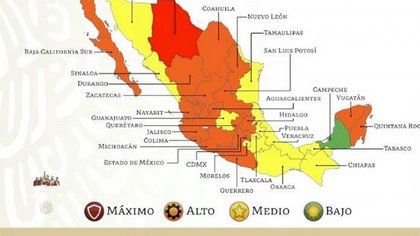 The states of Coahuila, Nuevo León and Durango would be at risk of going back to the red traffic light (Screenshot)

In Mexico, 880,775 accumulated coronavirus infections until October 23, 2020, but only 31,762 were considered active; that is, they presented the symptoms of the disease during the last 14 days.

Of the total, 48.59% are women and 51.41% are men. In addition, 22.99% were hospitalized for different levels of severity, while 77.01% were able to continue their recovery from home with all the necessary protocols.

The entities with the highest number of active cases of SARS-CoV-2 are Mexico City, Nuevo León, State of Mexico, Guanajuato, Jalisco, Coahuila, Querétaro, Durango Y Yucatan, which as a whole concentrate more than half (64%) of cases in the country.

The General Directorate of Epidemilogy also confirmed that 330,956 people continue to await their results and were considered as suspected of carrying the SARS-CoV-2 virus. In addition, an estimated 641,075 recovered were registered, as well as 1 million 58 thousand 102 negative diagnoses. 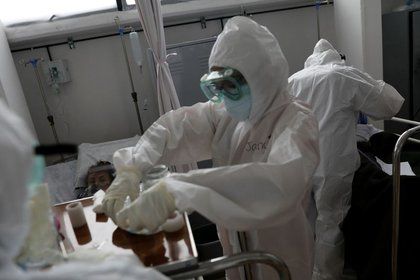 The above represents that there was an increase of 6,604 infected in the last 24 hours, as well as 418 deaths.

Coronavirus in Mexico: 6,604 new infections and 418 deaths were registered

“There is no significant utility of Remdesivir”; Cofepris does not endorse it: López-Gatell

Chihuahua on red light: how the entity will face its return to maximum alert for COVID-19

These were the details of the news This will be the epidemiological traffic light in Mexico from October... for this day. We hope that we have succeeded by giving you the full details and information. To follow all our news, you can subscribe to the alerts system or to one of our different systems to provide you with all that is new.