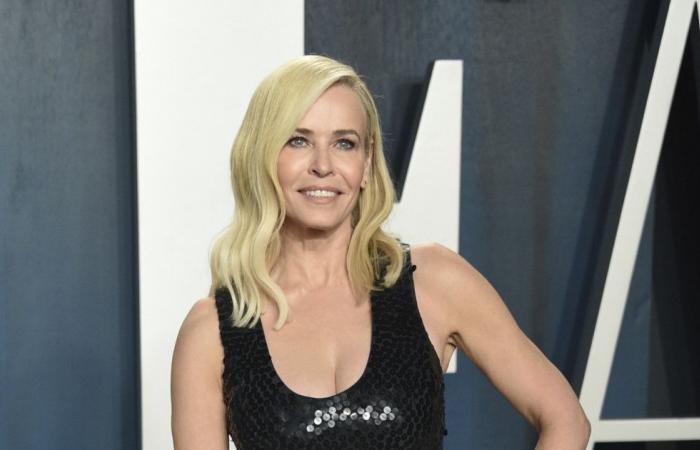 Elections are fast approaching in the United States, and it is therefore perhaps not so strange that a heated mood can quickly arise. On TV, in newspapers and on social media, people are arguing loudly about which candidate the Americans should vote for on November 3, some in the hope of converting voters from one camp to another.

Some American stars are among the loudest in the debate. Large parts of Hollywood have stated that they will vote for Joe Biden, but there are also those who want four new years with Donald Trump.

Among them is the rap star 50 Cent, who believes that a tax increase Biden has proposed is completely out of the question – and that he therefore wants to vote for Trump. Twitter does not find itself in that. Nor does the rap star’s ex-girlfriend, actor and comedian Chelsea Handler, appreciate the “In Da Club” rapper’s political statements.

Now she is having a relentless showdown with the man she once referred to as her “favorite ex”.

So it all boils down to the fact that the rapper, whose real name is Curtis James Jackson III, on Monday posted a message that provoked several. It was claimed that Joe Biden’s tax policy could lead to taxes of up to 62 percent in New York – the star’s hometown – for anyone earning more than $ 3.7 million a year.

👀WHAT THE F*CK! (VOTE ForTRUMP) IM OUT, 🏃‍♂️💨F*CK NEW YORK The KNICKS never win anyway. 🤷🏽‍♂️I don’t care Trump doesn’t like black people 62% are you out of ya fucking mind. 😤 pic.twitter.com/uZu02k2Dlz

, and thus used the basketball team Knicks many losses as an extra excuse to leave their hometown.

“I do not care if Trump does not like black people. 62 percent, are you completely crazy or », he wrote.

He has further explained that he would like to keep his money, and that he “does not want to be 20 Cent”. Chelsea Handler has caught on. She was in a relationship with the world-famous rap star about ten years ago, and the two have since maintained contact.

“You used to be my favorite ex-girlfriend,” she told the rapper on Twitter, to which he replied:

“Love you ‘streets’, do not let Trump and Biden get between us.”

He should not have written that. Acting was not meager in his response, which has now received attention in several media. Fox News writes about the case, among other things.

“Hey, you shit. I pay your taxes in exchange for you coming to the right sense. Happy! Black lives matter. It’s you, you idiot. Do you remember that? ”Wrote the star.

The rap star has not responded to the latest comment. Many are surprised that the rapper has abruptly declared that he will vote for Trump. According to Billboard, he has stated that he refused to act at the president’s inauguration in 2016, because “not all money is good money”.

It seems that he has now turned the tables, and will give the Democrat his vote on 3 November. He is not the only one.

Among the stars who have stated their support for the Republican are Isaiah Washington, Kristy Swanson, Kid Rock and Mary Hart.

Actor Stephen Baldwin, who is the father of Justin Bieber’s wife Hailey, is among the most active supporters. The actor has previously participated in the Celebrity Apprentice, which was led by none other than Donald Trump from 2004 to 2015, and was the keynote speaker during the Trump Day dinner held in Florida last year.

In addition, Stephen has openly attacked his brother Alec Baldwin, who according to People has made fun of Trump during a sketch on “Saturday Night Live”.

Oscar winner Jon Voight is probably best known to many as the father of Hollywood star Angelina Jolie. In May last year, he spoke on Twitter and shared a video explaining why Trump has been “the best president since Abraham Lincoln.”

Voight later continued to share videos in which he clearly encourages voting for the 74-year-old.

According to CBS News, “Parent Trap” actor Dennis Quaid also thinks the president is doing a good job, and wants him to continue.

“I think Trump, no matter what others think of him, does a good job of trying to give the states and the American people what they need,” the star said in April.

Actress Kirstie Alley has also stated that she will vote Republican this year.

“I have to vote for Donald Trump because he is not a politician. I voted for him four years ago for that reason, and will vote for him again for that reason. He gets things done quickly and he will turn the economy around quickly “, she wrote on Twitter last week.

These were the details of the news Chelsea Handler: – Merciless settlement with the ex for this day. We hope that we have succeeded by giving you the full details and information. To follow all our news, you can subscribe to the alerts system or to one of our different systems to provide you with all that is new.