For many Mormons, Trump is not in the smell of holiness 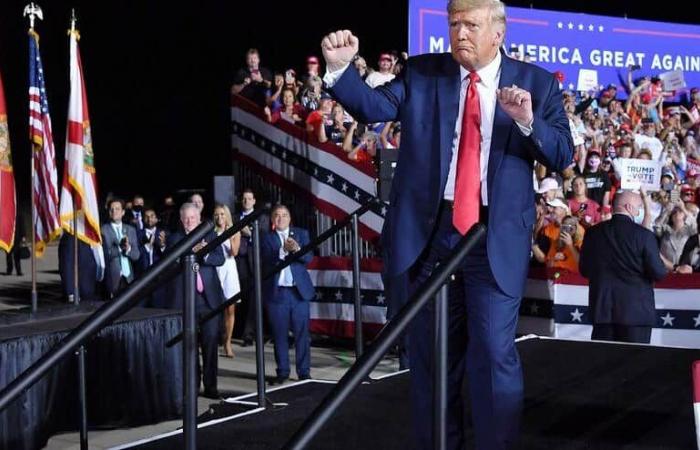 Traditionally conservative and committed to the Republican cause, more and more Mormons say they are put off by the attitude and positions of President Donald Trump, to the point sometimes of preferring his Democratic opponent Joe Biden to represent them in the White House.

• Read also: A Democratic immigrant soon elected in a pro-Trump suburb of Arizona?

This trend, particularly clear among the women of this religious community very attached to morality and family values, could well cost the hasty billionaire his victory in certain key states, such as Arizona or Nevada where they represent about 6% of the population, warn experts.

Melarie Wheat, 36, mother of five, had previously not voted for Donald Trump in 2016 because of his bad manners and insults. However, she could not bring herself to give her voice to Hillary Clinton, a foil for a majority of Republican voters.

“I voted for a third independent candidate,” the housewife living near Salt Lake City, Utah, the world headquarters of The Church of Jesus Christ of Latter-day Saints, told AFP. official of the Mormon religion.

Like many, “I thought maybe Trump would settle down after he took office, apply conservative policies and be a good leader. That maybe he was just doing his show for the election, ”Ms. Wheat continues.

“I was very disappointed! He likes to make fun of people, to divide, and he doesn’t respect women. He does not respect refugees, immigrants or minorities, ”she says.

Very sensitive subjects among the Mormons, a minority which itself fled religious persecution at the beginning of the 19th centurye century.

This year, Melarie Wheat will take the plunge and give his ballot to Joe Biden even if “it is more about voting against Trump”.

Sign of the times, Evan McMullin last month on Twitter called on his “conservative and Republican comrades” to vote for Joe Biden. “This does not mean that you agree with each of his positions (…) It just means that you prioritize the Constitution, truth and decency in this election”, he believes.

Political icon of the Mormon Church (which officially refrains from taking any political position), Mitt Romney, Republican candidate in 2012 against Barack Obama, himself said on Wednesday that he had not voted for Donald Trump, without saying who his early ballot went to.

This disaffection could tip the balance in Arizona, where Mr. Trump won in 2016 by only 91,000 votes in advance. However, there are more than 400,000 Mormons in this Mexican border state.

Dan Barker, a 67-year-old retired judge and “lifelong Republican”, with his wife founded the “Arizona Republicans for Biden” movement. This former Mormon leader, who lives near Phoenix, hopes to make a difference.

Joe Biden “is himself a man of faith and, compared to Trump, is a better role model for young people and adults,” he says, even though he admits to having “lost some friends” in his Church.

Certainly, Democrats are in favor of voluntary termination of pregnancy – unbearable for many Mormons – but that is not enough in Mr. Barker’s eyes to justify voting for Trump, which “will have an extremely negative impact on our democracy. ‘he is re-elected ”.

According to Andrea Dalton, 38, many Mormons hoped Donald Trump would “shake the system.”

“Some are still fans but many more are like me: the shock has turned to chaos and I’m really struggling to find what he has done right,” says the young woman, who lives in Tucson (Arizona).

“It represents so many things that I find morally repugnant”, she launches, citing in particular her “inhuman” migration policy.

It is impossible to assess at this stage the extent of Donald Trump’s rejection among Mormons, but Ms. Dalton, who says she had a “very conservative” upbringing, “thinks he has pushed many people who never imagined not vote for the Democrats to do it ”.

“I see that in my own family. My stepfather doesn’t respect Donald Trump. He thinks he’s a liar, ”she says.

These were the details of the news For many Mormons, Trump is not in the smell of holiness for this day. We hope that we have succeeded by giving you the full details and information. To follow all our news, you can subscribe to the alerts system or to one of our different systems to provide you with all that is new.