Full war against the coronavirus in Liege – Europe’s new epicenter 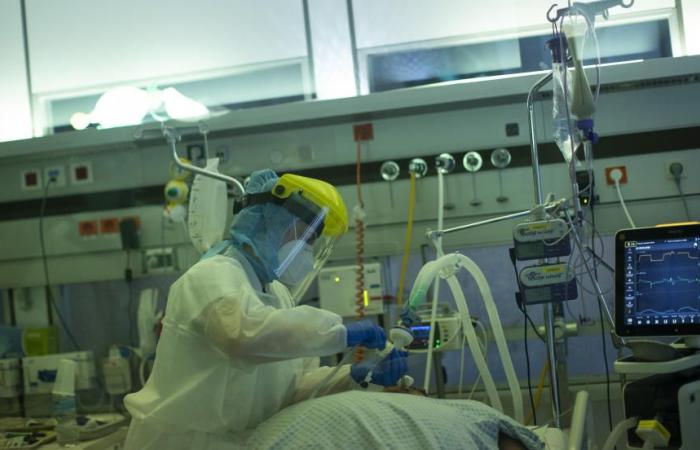 For the second time, Belgium, with 11.5 million inhabitants, has become one of the world’s hardest hit countries during the corona pandemic. Over 270,000 cases of infection have been detected and 10,500 have died.

Brussels and Wallonia, the French-speaking region where the city of Liege is located, are now the epicenters of the crisis in Europe, new figures show.

It arouses indignation among those who fight primarily against the virus at the city’s overcrowded hospital CHU de Liege.

Tsunami on the way

Beniot Misset, who heads the hospital’s intensive care unit, is clearly tired when he meets the news agency AFP.

– We’re losing. We are overwhelmed. We are bitter, because we have known that this was on the way for two months, and the decisions were not made in time, he says.

The corridors of the hospital’s corona ward are filled with staff and patients, and the rooms are filled up even faster than during the first wave of infections this spring.

Christelle Meuris, who heads the corona department, says the number of cases on Wednesday almost exceeded the number during the first wave.

The ward now has 18 patients in 26 beds, and her fear is that there will soon be two patients in each room.

– We are afraid that the latest measures will not be enough to flatten the curve. We see that there is a tsunami on the way, she says.

People are afraid that Liege, which is only a short drive from both Germany and the Netherlands, will end up in a situation similar to the one in Bergamo this spring: Long before the pandemic had spread with full force to all of Europe, the hospitals in it Italian city at the breaking point.

– All steps are calculated. To move the patient, wash him, throw his towel in a specific bag. We have to think all the time and always be vigilant, she explains.

Many of her colleagues could not take it anymore after the first wave, and completely stopped working in hospitals. About 20 percent of the current staff are unable to get to work.

In the intensive care unit, the nurse Thomas, who only wanted to say his last name, says that he still has to work, even though he tested positive for the coronavirus three weeks ago.

– I had no choice. I also did not have many symptoms. I told my boss, but he said, ‘We can not replace you. You have to get to work “, he says.

The 33-year-old acknowledges that it was a difficult choice to make, but emphasizes that “patients do not take a break”, and that he also did so in solidarity with colleagues.

The department has 23 employees, and four corona-infected people are still working. The nurse says they are taking “even more precautions”.

Head of department Misset says there is no other way out.

– If I am a nurse or doctor and am ill, but do not have pain and am not lying in bed, I just need to put on my bandage. You have to work, he says.

The hospital began transferring patients to other Belgian provinces and to Germany two days ago.

The French miss is for shutdowns, which he believes are far more effective than curfews and closing bars and restaurants, as Belgium did to stagnate the new virus boom.

– No one took the situation seriously. This applies to both politicians and most people, he says about the summer months.

– Now there is a trench war, with the difference that it is not bombs, but a virus. And it is the virus that decides, not us, not the politicians, and not the scientists, he adds.

These were the details of the news Full war against the coronavirus in Liege – Europe’s new epicenter for this day. We hope that we have succeeded by giving you the full details and information. To follow all our news, you can subscribe to the alerts system or to one of our different systems to provide you with all that is new.