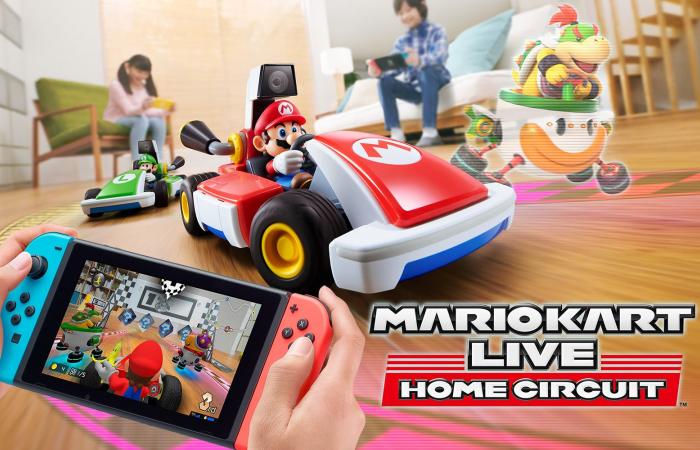 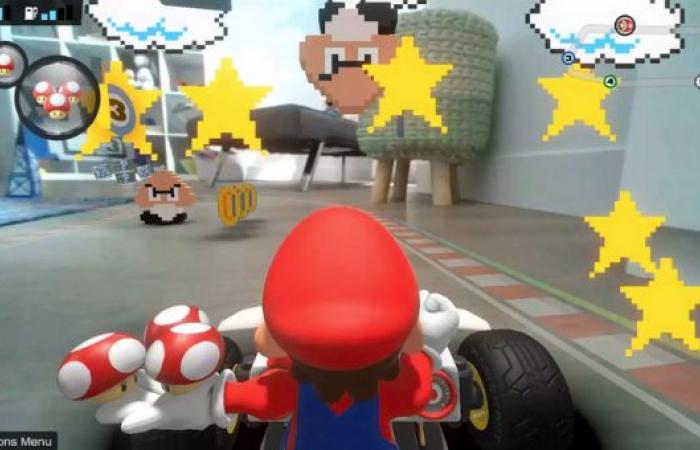 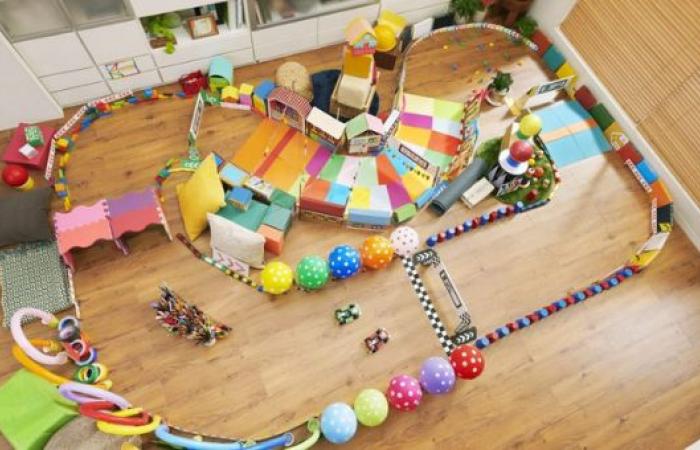 Six years that fans of Mario Kart await a new game from the famous wacky racing franchise. Failing to give news of the ninth episode, Nintendo pulled a surprise out of its hat: Mario Kart Live: Home Circuit. Except that this is not yet another variation of the license with new characters and new circuits. No, this time it’s an augmented reality game. The promise is enticing: thanks to a kart driven with Nintendo Switch controllers and a few accessories, the circuit is your living room. Promise kept?

This Mario Kart Live: Home Circuit is a hybrid object: half of the game takes place on the Switch screen and the other half in real life in his home. It comes in the form of a kit (sold 99 euros) with the kart, Mario or Luigi of your choice, and four cardboard gates numbered from 1 to 4. The game itself can be downloaded for free from the online store. console line. Note: the car alone does not work without the Switch. At launch, you have to synchronize the kart with the console, by simply pressing a button. Then, you have to draw a circuit. And this is where the experience really begins.

We put the console down and grab the gantries. Once unfolded, we place them where we want, we just have to respect the order 1, 2, 3 and 4. But there are no limits of spacing between each nor of placement. The 1 can be put in the living room, the 2 in the bathroom, the 3 in the bedroom and the 4 in the kitchen. There is only one limit, that of the range of the connection between the kart and the console. Our test reports a maximum of 15 to 20 meters in a straight line without a wall, beyond this the connection degrades to the point of blocking the game. If the car and the Switch are separated by walls or furniture, the distance shrinks to about 10 meters.

Once the gates are in place, they must be connected by tracing the circuit. To do this, we place the kart in front of the gantry number 1, we take the console again and we drive as for a remote-controlled car, passing between the gantries. Between each, again everything is possible. The only limit of the route is the imagination. Apparently, we just get an invisible circuit with porticoes. But, once this step is accomplished, the magic (or rather the technology) operates: thanks to the camera located above Mario, the artificial intelligence traces the circuit that is displayed on the console. It is memorized and off we go on the track!

A fluid and bluffing technology

With augmented reality, your living room blends into the crazy world of Mario Kart. Virtual elements appear on the circuit that you have drawn: the porticoes are embellished, a decor is formed, the famous object boxes appear, etc. The set is quite light but well done. The quality of the camera is excellent and it allows you to recognize your environment well, not drowned in pixels. Two game modes are available: an exploration mode, where you can escape the circuit for a walk, and a racing mode, the heart of the game.

We thus find a classic of Mario Kart : the great prices. With eight cups, each consisting of three races, the game offers a nice variety. You face four opponents, virtual them, and each circuit customizes your tracks by adding elements of scenery such as lava or ice. But that’s not just for the sake of the weather: these elements slow you down if you ride over them. And it is successful! There is no latency and augmented reality works very well. When you take a banana, the kart skids and drifts a bit. Ditto if you catch a virtual mushroom, it speeds up.

Overall, this technological prowess is truly stunning. Tracing your own circuit and then seeing it come to life in the console is a real pleasure. The camera can be improved, sometimes we don’t really appreciate the distance with an obstacle or a wall, but overall, it’s very fluid. The strong point is the feeling of speed. Not at the beginning, in 50 cubic centimeters but later, when you unlock the 100, then the 150 and the 200 cubic centimeters. There it sends!

Better to have room to play …

But that comes down to the main flaw in the game: it is only really fun if you have enough space to draw your circuit. Nintendo recommends a space of three by three meters to have a good gaming experience. It’s still playable on a smaller surface, we tried in a small studio of 25 m2. It is possible to install a circuit, but you have to be ingenious. Especially since there is another limit: the kart is at ease on parquet and linoleum, much less on the carpet and even incapable of climbing on a carpet one or two centimeters thick (unless ‘install a ramp). 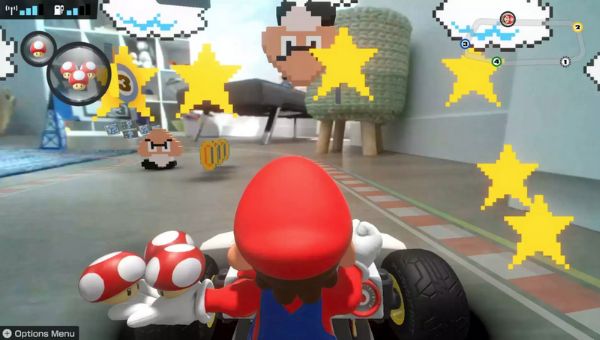 On the other hand, we tested Mario Kart Live: Home Circuit in the open space of the editorial staff of Europe 1 and there, it’s another world. We were able to create a circuit running over ten square meters and give free rein to our creativity. An office becomes a bridge, a chair with wheels an improvised chicane, a cardboard box acts as a springboard… In short, anything is possible. And in this configuration, we did not feel the slightest weariness, even after several hours of playing. In particular because we can retrace our circuit when we want to.

Note also that the kart is rather good quality. Made with rather qualitative materials, the object is not cheap at all, and above all, it has proven to be resistant to the many shocks we have inflicted on it (walls, table legs, chairs, feet of unfortunate passers-by). On the other hand, note a downside on the battery which runs out relatively quickly (about 2 hours) and is handicapped by too slow recharging. Another slightly disappointing note: multiplayer. Available only locally, up to four players, it requires everyone to have in their possession a kart AND a console. A heavy and expensive device. 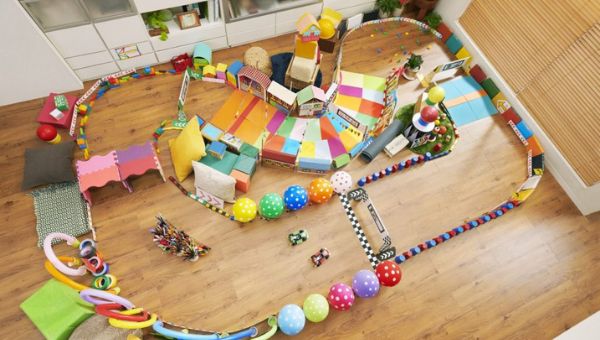 Still, far from being a gadget that will end up in a dusty closet, Nintendo’s latest innovation hits the mark. From 7 to 77 years old, it’s a guaranteed “wow effect”. Effect followed by a real pleasure in the game. And if we are to believe the stockouts already reported at Amazon, Leclerc or at Fnac, this Mario Kart Live: Home Circuit should feature prominently at the foot of the Christmas trees in two months.

These were the details of the news Thanks to augmented reality, Mario Kart comes to your living room for this day. We hope that we have succeeded by giving you the full details and information. To follow all our news, you can subscribe to the alerts system or to one of our different systems to provide you with all that is new.