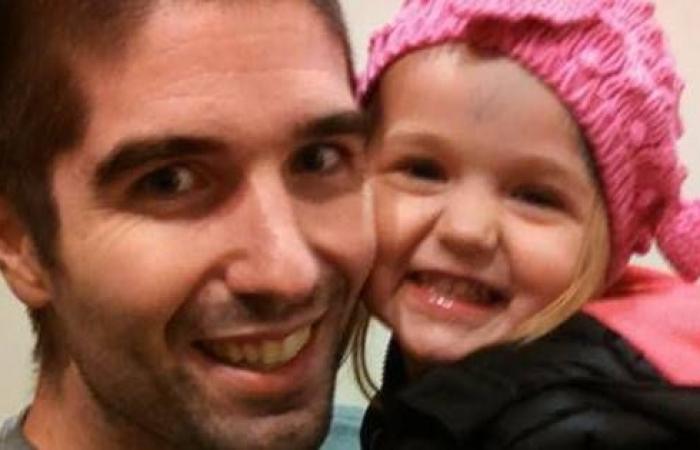 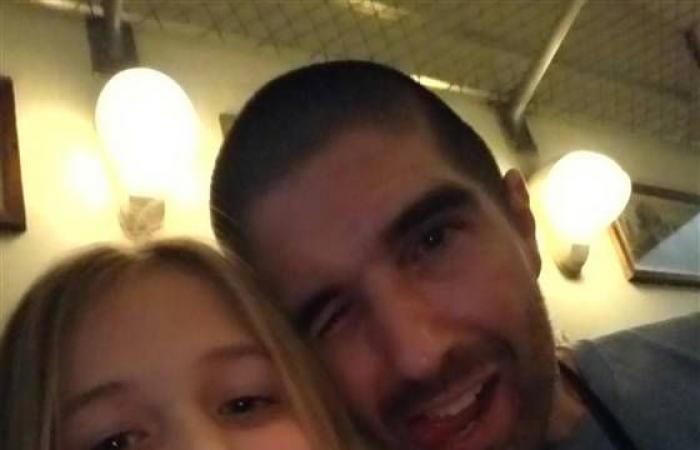 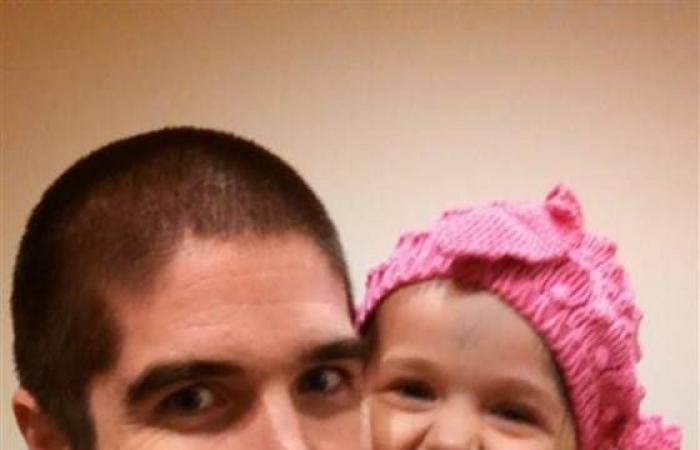 When it became clear that treatment for his aggressive lymphoma wasn’t working, Jeff McKnight, 36, knew he was dying. But he thought first of his wife, Laura McKnight, and their daughter, Katherine. With that in mind, he shared a simple request on GoFundMe.

“I’m dying of lymphoma. My wife Laura was nothing but a heroine at that time, ”wrote the 36-year-old molecular biologist from Eugene, Oregon

“She’s about to lose two incomes (mine and hers) while managing and researching in a lab we shared.”

“My biggest fear is that she doesn’t have the resources to get on her feet. Please consider helping her during my absence. “

When Laura learned that Jeff had set up the fundraiser, she was moved.

“I didn’t know about the GoFundMe he set up until I saw it on Twitter … I cried a lot,” Laura said via email TODAY.

“He was relieved and grateful that people had helped and it made him feel better about doing something to take care of us, but it broke my heart a little that he was worried about this and the inevitability of his Written out to death, looked in black and white just hit me really hard. “

In March Jeff developed a high fever with chills and “sodden night sweats”.

The couple suspected he had COVID-19. They struggled to find a COVID-19 test, but he eventually received one at an emergency clinic: Jeff was given immunosuppressants to treat Crohn’s disease and was classified as high risk.

After eight days, he found out that he didn’t have it.

“We were told it could be a false negative and pretend it was positive,” Laura said.

“Since no treatment was available, we were told to only monitor her from home unless he was having difficulty breathing.”

The symptoms persisted and his temperature was between 104 and 106 degrees.

Laura worried that she wouldn’t be able to take proper care of him. But the urgent care and emergency room kept refusing him.

Eventually, the doctors admitted him on his third trip to the emergency room.

They noted that he “lost a lot of blood with no apparent bleeding”.

Doctors suspected an underlying infection and COVID-19 and gave him platelet and plasma transfusions. Even so, he kept losing blood. At home, Laura searched for answers and found something disturbing.

“I ran into hepatosplenic T-cell lymphoma (HSTCL) and almost passed out because it described him so perfectly – mean age in mid-30s, usually men with a history of Crohn’s disease – but the prognosis was very bleak,” recalled Laura.

“He called me and I immediately knew something was wrong because we NEVER talk on the phone, but I wasn’t prepared for the breaking news.

When the treatment doesn’t work

Doctors immediately started treating Jeff with four rounds of chemotherapy, then hoping that if the chemotherapy worked, Jeff could have a bone marrow transplant. But chemotherapy didn’t help and he was no longer a candidate for a transplant.

“That call was the hardest,” said Laura. “We went to Seattle and met with the specialist about options. For a moment there was hope of a so-called tandem transplant and some other treatments, but the cancer was progressing too quickly. “

Jeff was taken to a Seattle hospital in case the chemotherapy started working and he could get other treatment. The couple worked together in a lab researching chromatin, a structure of DNA that packages long strands of DNA, and they ran the lab.

While he was in the hospital, the two of them spent their time editing manuscripts. Their partnership at work was the simple relationship they had had since they were together as college juniors.

“I never wanted to run a lab as the lead investigator, but he always made me feel like a teammate, not an employee,” said Laura.

That’s one of the reasons Jeff worried so much – she might not have a job without him.

“We didn’t know what was going to happen,” said Laura. “He told me that he was really glad that there was something he could do to help, and that he was glad so many people had donated. I will always be grateful to people who donated because it made him happy. “

Anessa Foxwell, a nurse at Penn Medicine in Philadelphia who specializes in palliative care who didn’t know Jeff, said many patients find sense in making plans for after their deaths.

“Preparing for death is a very personal and intimate task, and there really is no way to do it,” she said TODAY. “For some it is important to tie loose ends, but it comes in many forms.”

While many people plan their own funeral, write a will or estate plan, others set up a blog where they share details about their illness. In many cases, other family members will set up fundraisers for the dying person so they won’t be incriminated.

“What’s unique about this story is that he set it up for himself for the benefit of his family. This really appeals to a palliative care tenant where we’re figuring out what’s important or valuable to patients, ”said Foxwell.

“He clearly valued his family and was concerned about how they would fare financially after his death. It’s essentially a piece of legacy work. “

Jeff certainly had a big heart. He cared deeply for the students in his department. And he wanted to live to celebrate Katherine’s birthday, so they planned a little five days early.

“It meant a lot to him. That was the last time either of us saw him awake, and I really think he was holding just for her, ”Laura said.

He even arranged for friends to go home with his family after his death. Everything he did to help Laura came as a surprise.

“I recently found out that he had at least informed some other scientists of the possibility that I could find jobs at other institutions when I was ready,” she said. “

He was always on the lookout for people, although I couldn’t predict how hard he was trying to make plans for me and Katherine. I’m grateful and amazed and not even really surprised because it’s the kind of person he was but at the same time it hurts to think about it because it shows how much I’ve lost. “

These were the details of the news The touching ways Jeff McKnight prepared his family for his death for this day. We hope that we have succeeded by giving you the full details and information. To follow all our news, you can subscribe to the alerts system or to one of our different systems to provide you with all that is new.