Half of the schools in the north have reported positive Covid-19... 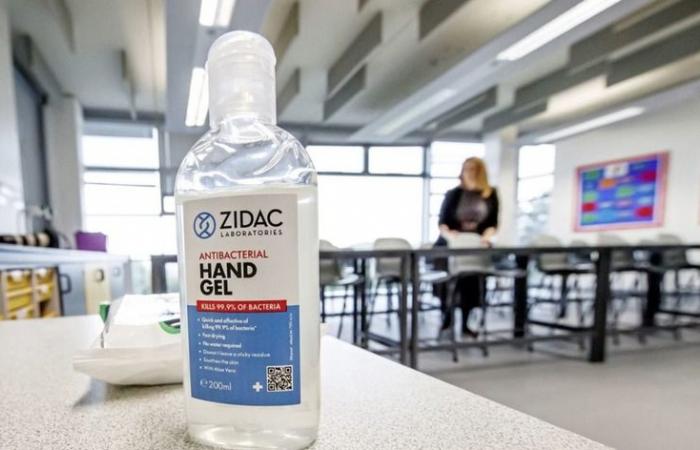 Almost every secondary school in the north has had at least one positive Covid-19 case since school began.

New statistics from the Public Health Agency (PHA) show the extent of the virus in schools.

The children returned to classrooms last month after an extended period of closure during lockdown.

Hundreds of schools have already been affected by new cases. Some have sent home full classes or whole year groups, while others have temporarily closed.

Since the restart on Aug. 24, there have been 2,030 confirmed cases, according to the PHA.

Almost half of all schools are affected, including 167 out of 193 after elementary school.

It is the third series of disparate numbers released in just five days this week.

On Monday, Education Minister Peter Weir told the gathering that there had been 1,491 cases, with 10 schools reporting more than one incident.

Later, in response to a written congregation question, he said the number of schools with multiple cases was close to 250.

The PHA distinguished between cases and incidents. An incident can be either a single positive case, a group of two to five cases, or more than five cases.

More than half of the incidents occurred in elementary schools (373), followed by post-primary (202) and special schools (33).

Of those with groups of five or more cases, 80 percent were in post-primary schools.

For 88 percent of the 2,030 cases, information on the division of students / employees was available, according to the PHA.

803 of the students were in preschool. The number of 1,218 corresponds to 0.37 percent of school-age students.

“Their personal learning and teaching are disrupted and their experience is therefore uneven across the system. This is now without a doubt, ”he said.

“And remember, each positive case represents an additional, unspecified number of children and adults who need to self-isolate.”

Stephen McCord, president of the Ulster Teachers’ Union, said the number of cases came as no surprise.

“It is only thanks to the enormous efforts of school principals, teachers and staff – with the support of parents and students – that the number has not increased,” he said.

“So far, schools have kept the windows open as much as possible to maximize airflow. However, as temperatures drop it becomes increasingly problematic and poses a significant risk to other winter-related diseases as well as to health and safety.

“Oil bills will also go up as schools try to make sure their classrooms stay warm enough for teachers and children to keep working.

“We see half of our schools reporting Covid cases, but as the winter progresses we will find ourselves in unknown territory on how best to deal with it.”

These were the details of the news Half of the schools in the north have reported positive Covid-19... for this day. We hope that we have succeeded by giving you the full details and information. To follow all our news, you can subscribe to the alerts system or to one of our different systems to provide you with all that is new.