Corona today: The effectiveness of the medical mask is 50% …... 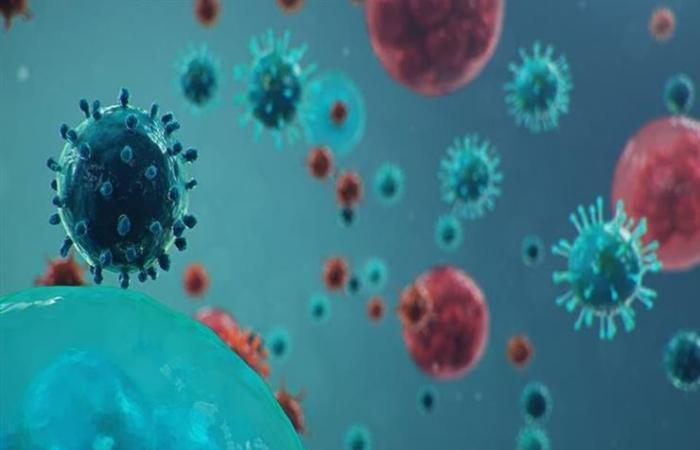 After the new Corona virus has become a threat threatening the whole world about 9 months ago its appearance, all of us are looking forward to knowing what happens every minute, in light of the tremendous development that Covid-19 has brought in our lives.

Within this framework, “Masrawy” provides a daily service that includes displaying everything you want to know about the latest developments in the emerging corona virus, from the emergence of new symptoms or the occurrence of a different mutation, as well as the development of vaccines and drugs, in brief.

The effectiveness of the medical mask 50%

Japanese researchers have proven that masks can protect from corona virus particles spread in the air, but even the finest types cannot completely stop the risk of transmission.

And the Japanese newspaper Japan Times reported that scientists at the University of Tokyo built an isolated room and put in it statues faces facing each other, one of which is equipped with a spray that simulates a cough and spreads real particles of the Corona virus, while the rest of the heads simulate the natural breathing process while the virus is flying in the air.

The researchers found that the cotton muzzle limited the inhalation of the virus by 40%, while the medical muzzle “N 95” limited it by 90%, but even with the medical mask tightly placed on the face of the statue, particles of the virus leaked through it.

And when I put a muzzle, whether cotton or medical, on the face of the statue that spreads the disease, it limited the spread of the virus by 50%.

3 common myths about the virus

Medical News Today published what it described as ten strongly popular myths about the Corona virus that appeared in China late last year, and then turned into a global pandemic.

The first of these myths is that the number of Coronavirus infections has increased significantly without the death rate caused by it, as is the case in the United States. According to Sky News, the second myth is that the virus is not fatal as it was portrayed with exaggeration, and the third myth is to consider Corona as just a regular flu.

Researchers in the United Kingdom claim that the “Covid-19” vaccine, AstraZeneca, behaves as expected in the human body, in research released a day after the Brazilian authorities announced the death of one of the volunteers in the experiment.

And the group of independent scientists in the United Kingdom says in their work, that the vaccine strictly follows the intentions of its creators once it is injected into the human body, according to Russia Today.

The study was conducted by several virologists not affiliated with AstraZeneca, and is led by Dr. David Matthews, of the University of Bristol, and has only been published as a draft publication so far, which means that it has not yet passed the peer review process. It states that the vaccine accurately copies and executes the genetic instructions programmed into it by its designers.

The US Medicines Agency issued a full license to use remdesivir to treat people with Covid-19 in hospitals, after it granted conditional authorization for its use in May, according to Gilead, which manufactures this drug.

“Gilad” announced that it had received a license to use the drug, which is sold under the name “Viclor”, explaining that remdesivir is the only special treatment for Covid-19 that has so far obtained a full license after a more stringent and final audit, according to Al-Arabiya.

These were the details of the news Corona today: The effectiveness of the medical mask is 50% …... for this day. We hope that we have succeeded by giving you the full details and information. To follow all our news, you can subscribe to the alerts system or to one of our different systems to provide you with all that is new.