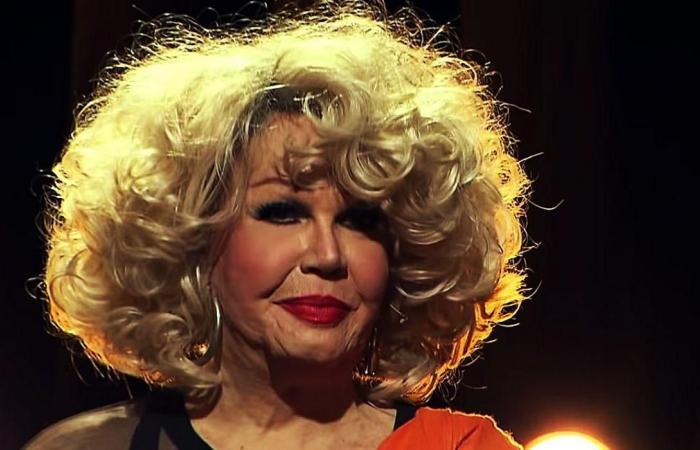 Considered one of the pioneers of transsexual representation on the country’s stage, actress and singer Jane di Castro died last night (22), at the age of 73, according to the Management of the Federal Hospital of Ipanema (HFI), due to complications of a cancer.

According to the federal hospital, Jane Di Castro had undergone a surgical procedure on September 8 and was discharged on the 16th of the same month.

On October 14, however, she was hospitalized again, due to the worsening of her health. The hospital management reports that since then she has been under drug treatment, but it was not possible to reverse the progress of the disease.

Jane debuted on stage in 1966, when she participated in the musical Les girls em Op Art, at Teatro Dulcina. Throughout her career, the artist has worked with great names in the performing arts and Brazilian music, such as Bibi Ferreira and Ney Latorraca.

In an interview with Atos, on TV Brasil, last year, the actress recalled the difficulties she faced at the beginning of her career, when she was arrested for being a transsexual.

“At the time, it was an open wound. It took a long time to heal, but it has no mark. She healed completely. Today, I am happy, because happiness is fulfillment. I realized. I traveled the world as an artist. Art brought me this possibility to get to know the world, Brazil ”, she told the program.

Her story is also told in the documentary Divinas Divas, which tells how she, Rogéria and other artists revolutionized the morals of the 1970s and conquered space despite repression. The actress also worked in cinema and television, where she was for the last time in the soap opera “A Força do Querer”, by Rede Globo.

Actor Silvero Pereira, who acted alongside Jane di Castro in the soap opera, posted a tribute on his Twitter profile.

Jane di Castro was a widow since 2018 and lived for more than 50 years with Otávio Bonfim, with whom she formalized the wedding in a collective ceremony aimed at the LGBT population in 2014.

Considered an important figure in the fight for respect for diversity, the transsexual actress had a prominent role in the LGBTI Parade in Copacabana, being responsible for singing the National Anthem every year at the invitation of Grupo Arco-Íris (GAI), organizer of the demonstration. The group’s coordinator, Cláudio Nascimento, lamented that “the great diva of Citizenship and LGBT Culture died”.

“Jane Di Castro and I have had a strong friendship since the late 1980s. She has always been committed to our struggles for rights. She is the great diva of the LGBT Pride Parade in Rio de Janeiro and member of the Consultative Council of Grupo Arco-Íris de Cidadania LGBTI ”, she said. “Jane leaves a huge artistic legacy that our community will need to value and publicize.”

GAI decreed a three-day mourning and intends to hold a virtual tribute to the actress next Tuesday (28), at 7 pm, as well as a seventh-day interfaith community ceremony so that friends, fans and admirers can celebrate her memory.

These were the details of the news Actress and singer Jane di Castro dies in Rio de Janeiro for this day. We hope that we have succeeded by giving you the full details and information. To follow all our news, you can subscribe to the alerts system or to one of our different systems to provide you with all that is new.