The opening of a consulate in Dakhla reflects the commitment of... 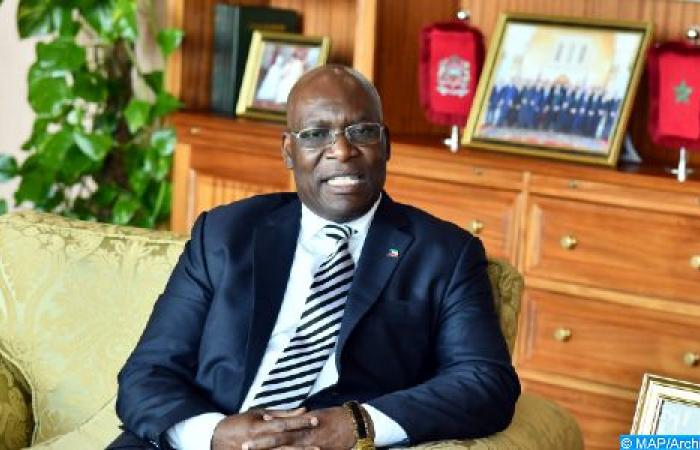 The opening of this consular representation testifies to the political will of the Equatorial Guinean government to strengthen the relations of friendship and cooperation between the two countries, noted Mr. Eyono Esono Angue during a joint press briefing with the Minister. of Foreign Affairs, African Cooperation and Moroccans living abroad, Nasser Bourita, held at the end of the inauguration of this consular representation.

The head of Equatorial Guinea’s diplomacy also expressed his country’s desire to strengthen partnership relations by implementing the agreements previously signed with Morocco and to diversify the cooperation components in other sectors of interest. commons such as agriculture.

For his part, Mr. Bourita highlighted the historical relations and the deep friendship that unite the Kingdom of Morocco and the Republic of Equatorial Guinea, while underlining the shared will of the two countries to develop them further in different areas of common interest.

“We agreed to work in accordance with the instructions of the two Heads of State to strengthen the economic dimension of our bilateral relations,” he said.

The Republic of Equatorial Guinea can benefit from the different sectors of activity carried out in Dakhla such as agriculture, processing of fishery products and tourism, he noted, informing that a delegation of Dakhla’s businessman will soon be traveling to Malabo to present this experience to economic operators and identify partnership opportunities between the two countries.

The Kingdom follows with great interest all the effort made by His Excellency the President of the Republic of Equatorial Guinea, Mr. Teodoro Obiang Nguema Mbasogo, for the diversification of the Equatorial Guinean economy, said Mr. Bourita, stressing that Morocco is ready to support this effort to strengthen the stability of the country and open up promising prospects for development.

He also emphasized the training component which is of particular importance, noting that Morocco is always ready to work with the Republic of Equatorial Guinea in this context.

On this occasion, Mr. Eyono Esono Angue gave Mr. Bourita a message addressed to His Majesty King Mohammed VI by the President of the Republic of Equatorial Guinea, Mr. Teodoro Obiang Nguema Mbasogo.

The opening ceremony of the Consulate General of the Republic of Equatorial Guinea in Dakhla, co-chaired by MM. Bourita and Oyono Esono Angue, took place in the presence in particular of the Ambassador General Director of the Moroccan International Cooperation Agency (AMCI), Mohamed Methqal, of the Wali of the Dakhla-Oued Eddahab region, governor of the province of Oued Eddahab, Lamine Benomar and the president of the region, El Khattat Yanja, as well as elected officials from the region and heads of external services.

*The article has been translated based on the content of Source link by https://atlasinfo.fr/louverture-dun-consulat-a-dakhla-reflete-lengagement-de-la-guinee-equatoriale-a-soutenir-lintegrite-territoriale-du-maroc.html
. If there is any problem regarding the content, copyright, please leave a report below the article. We will try to process as quickly as possible to protect the rights of the author. Thank you very much!

These were the details of the news The opening of a consulate in Dakhla reflects the commitment of... for this day. We hope that we have succeeded by giving you the full details and information. To follow all our news, you can subscribe to the alerts system or to one of our different systems to provide you with all that is new.