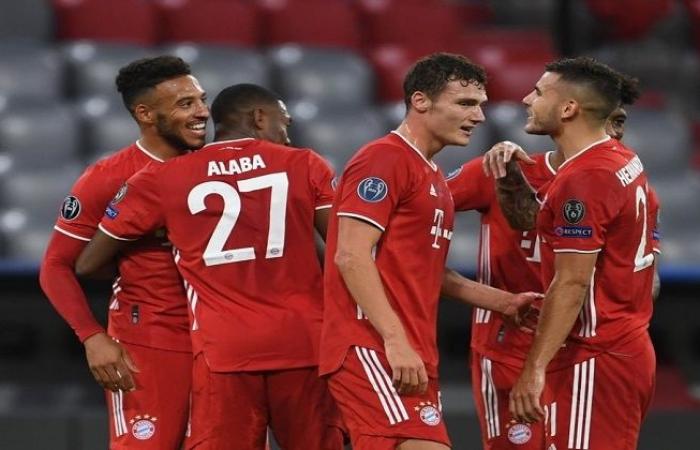 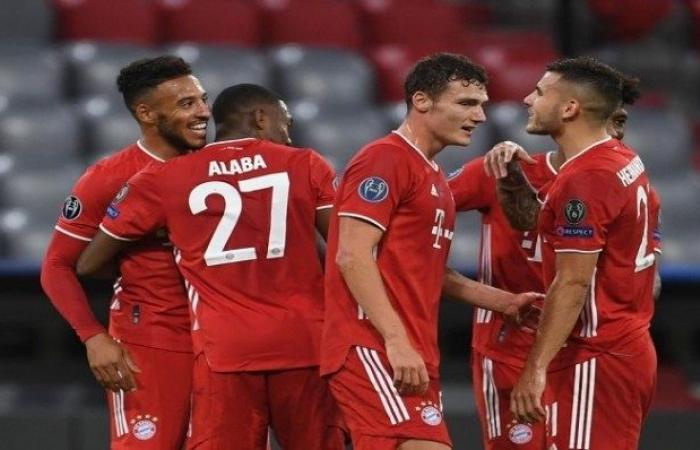 Sharjah 24 – Asaad Khalil:
Bayern Munich made a strong start at the start of the UEFA Champions League title defense, defeating its Spanish club Atletico Madrid 4-0 in the first round of the first group matches.

Kingsley Coman opened the scoring for Bayern Munich in the 28th minute, then teammate Leon Goretska added the team’s second goal in the 41st minute.

In the second half, Corentin Tolisso scored the third goal for the Bavarian team in the 66th minute, then Koeman added his second goal, and Bayern’s fourth goal in the 72nd minute.

Bayern Munich was the best team over the two halves of the match, in terms of possession of the ball and offensive pressure, but many scoring opportunities that were capable of achieving an overwhelming victory were missed.

Atletico Madrid also gave a convincing display, but suffered from repeated defensive lapses during the first half, and wasted more than one opportunity, especially in the first minutes of the match.

These were the details of the news Bayern Munich hardens Atletico Madrid in the Champions League for this day. We hope that we have succeeded by giving you the full details and information. To follow all our news, you can subscribe to the alerts system or to one of our different systems to provide you with all that is new.