More than two months after the explosion, a “sea dragon” appears... 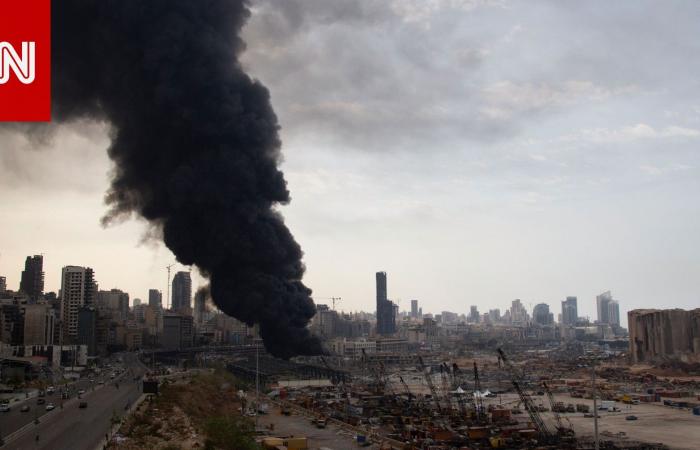 Dubai, United Arab Emirates (CNN) – Lebanese tweeters circulated a video clip of an environmental phenomenon that was seen in the port of Beirut and is known as “the sea dragon” and comments about it varied.

One of the tweets that circulated the clip on her Twitter page said: “The whirlwind or the” sea dragon “that struck the port of Beirut today .. after a minus, as she put it.

Another tweet wrote on its page on the same website: “This port is what is missing but the sea dragon to complete with it,” referring to the bombing of the port in early August.

Al-Banani journalist, Salman Al-Andari, wrote on his official Twitter page: “An air dragon in Beirut … and ironically, it came to the port and destroyed areas,” he said.

The port of Beirut witnessed a huge explosion that killed hundreds and injured thousands in early August, which resulted in the downfall of Hassan Diab’s government after widespread popular demands.

These were the details of the news More than two months after the explosion, a “sea dragon” appears... for this day. We hope that we have succeeded by giving you the full details and information. To follow all our news, you can subscribe to the alerts system or to one of our different systems to provide you with all that is new.