The video shows SAS soldiers talking about a fellow soldier who... 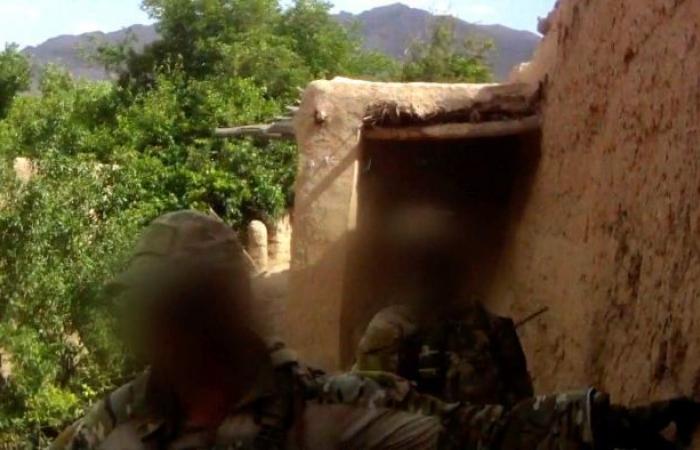 Video obtained from ABC Investigations shows members of a SAS patrol in Afghanistan discussing the apparent execution of a “fully compliant” prisoner by one of their comrades.

The patrol commander describes the incident as “bloody bullshit”.

“I’m not happy with that,” he says in the footage.

The metadata of the footage, taken from the helmet camera of one of the SAS soldiers, shows that the conversation took place one day after an operation in Shina village in Uruzgan province in mid-May 2012.

During the raid, three Afghans were killed by members of the 3 Squadron SAS.

ABC investigations in July revealed that two of the bodies were photographed by the SAS with the same weapon – an AK-47 assault rifle with blue-green tape around the stock.

The Inspector General of the Australian Defense Forces (IGADF) is believed to be investigating the Shina murders and the alleged planting of the weapon to justify the deaths of the men.

The new footage shows unrest among members of the SAS patrol over the murder of a prisoner by a senior operator.

The video shows three SAS operators standing on the mud wall of a site during an operation while other soldiers on the patrol take up positions nearby.

In the video, the operators discuss the apparent murder of an Afghan prisoner by a high-ranking soldier.

“I know it’s ridiculous. If I thought it would make a difference, I would tell him something, ”says the patrol commander of the chief operator.

“His eyes rolled back like a shark. He’s a bloody idiot. “

“He did exactly what he said,” says a third operator, referring to the prisoner.

“He was completely compliant,” says the patrol commander. “Buddy, I was more concerned about …”

“To be shot,” interrupts the first soldier.

“… being shot while swinging his gun,” the patrol commander continues.

“I was on the other side where the PUC was. I thought I was going to be shot, ”said the third patrol member.

A PUC is a person in custody or an inmate.

“It’s bloody bullshit. I’m not happy with it, ”says the patrol commander.

“One of the engineers said, ‘Yeah, it happened, he just took him around the corner and shot him.'”

“You can only do it in front of an operator,” says one operator.

No kills are shown on the footage from the helmet camera.

Do you know more

No system is 100 percent secure, but ProtonMail and Signal can be used to protect your identity using end-to-end encryption. Please read the terms and conditions to find out if this is the best method of communication for you.

The footage could be evidence of IGADF

ABC knows the identities of the three men speaking in the footage but has chosen not to name them.

The SAS operator they are talking about was featured in Four Corners Killing Field history in March and identified as “Soldier B”.

In the story, a SAS patrol member accused Soldier B of picking up an Afghan man with non-life threatening injuries.

The man was later found dead and an investigation by the Independent Human Rights Commission in Afghanistan revealed that he was a civilian who had been beaten to death.

Another video, recorded earlier that day with the same helmet camera as the conversation between the patrol members, shows Afghan men being rounded up and arrested by the patrol.

The footage could be important evidence of the IGADF investigation.

The investigation interviewed hundreds of witnesses, including SAS operators, on more than 55 different incidents of alleged violations of the laws of war by Australian special forces in Afghanistan.

When the ABC contacted the defense in July about Shina’s murders and allegations that an assault rifle had been planted on two of the bodies, it refused to comment.

“It is not appropriate for the defense to comment on matters that are the subject of the [Inspector-General’s] Afghanistan investigation, “said a spokesman at the time.

For the story, a spokesman said the defense “strongly supports the IGADF investigation into Afghanistan and respects the integrity and independence of the process.”

“Until the report is published, and to protect the integrity and independence of the investigation, it is not appropriate for the defense to make further comments.”

These were the details of the news The video shows SAS soldiers talking about a fellow soldier who... for this day. We hope that we have succeeded by giving you the full details and information. To follow all our news, you can subscribe to the alerts system or to one of our different systems to provide you with all that is new.